The mother and father of former Manchester City academy player Jeremy Wisten have shared an emotional tribute to their son following his tragic death at the age of 18.

Malawi-born defender Wisten was found unresponsive at the family home in Baguley, Wythenshawe, on Saturday and despite the best efforts of the emergency services was pronounced dead at the scene.

The footballer, who moved to the UK with his family as a child in 2003, had played for City’s elite youth squads after joining in 2016.

Today his father Manila, 53, and mother, Grace Wisten, 46, said they ‘couldn’t have asked for a better son’ and called for more mental health support for young people, both in the education system and in football. 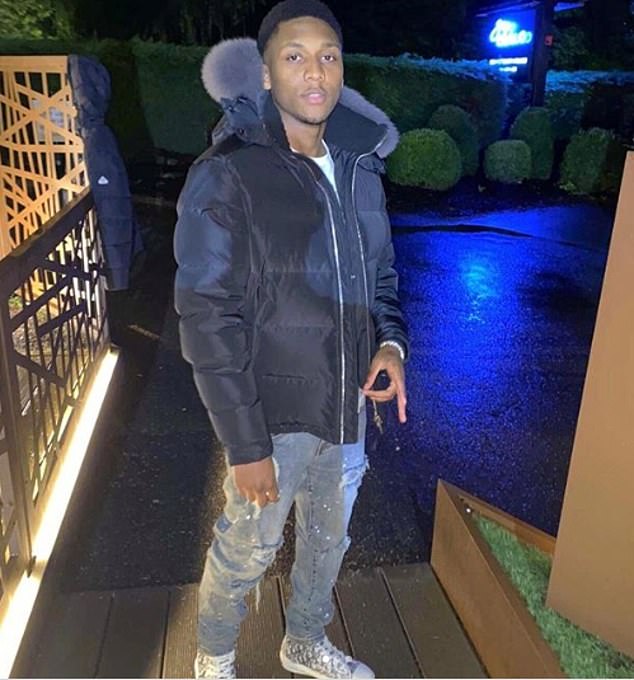 Manila told the Manchester Evening News: ‘We are very saddened and shocked by our son’s death. We love him and always will love him.

‘He was a very happy boy who was taken away too soon. He was very friendly and always smiling.

‘He loved football and was aiming for a career in the game. He was very popular at Manchester City, at school and with his friends. Not just here but also in his homeland in Malawi.’

‘We have been inundated with messages from different types of people we would not expect to hear from’ he added.

‘We are very grateful for that and it has helped us to cope. But it is still so difficult to understand how we came to be in this situation.’

Wisten, who lived in Trafford before moving to Wythenshawe three years ago, played for Altrincham FC and De La Salle FC in Salford before becoming a part of City’s Elite Squad at under-13 level in 2016.

However his father described how a knee ligament injury left the footballer having to spend ‘a long time without playing’.

He continued: ‘During the last year at Manchester City he was injured and spent a long time without playing. 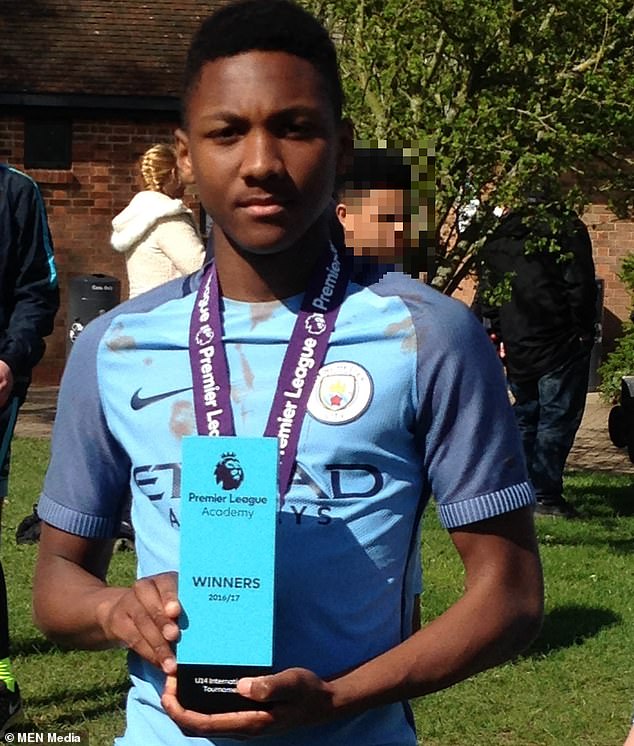 The footballer, who turned 18 earlier this month, came to the UK from Malawi with his family in 2003

‘He did recover but then had not played enough football the year prior to be considered for the next level. Of course it was very frustrating for him.

‘He went for trials elsewhere but because he hadn’t played much football it proved very difficult.

‘We helped him look after himself and encouraged him to take up other sports to keep himself fit, until he left us.

‘He enjoyed his time at Manchester City very much.

‘We are very grateful for the opportunity they gave our son.

‘In particular his first head coach Mark Burton, he was an amazing coach and they won three national championships for their age when he was manager. But we would also like to thank all the staff at Manchester City.’

His family said they are still awaiting a coroner’s report on his medical cause of death.

They said it was not immediately obvious to them that their son was suffering with any mental health difficulties.

‘I think that football clubs and schools need to pay careful attention to the mental health of their boys and girls’ Manila said.

‘I also think boys or girls whose contracts come to an end or are released by all clubs need some care beyond that time.

‘I think there is often a focus on this at the professional level in sport but maybe not so much at the lower level.

‘Furthermore, it would be good if mental health education was extended to parents. I think this would help cases like that of our son.

‘We want to prevent a family going through the same experience as us.’

A crowdfunding campaign raising money for his family has already raised nearly £10,000.

Protests grow against the Supreme Court in the US 3:33 (Trends Wide) -- Supreme Court justices put themselves on Monday in the shoes of a football coach who...