Mother forced to bath her two children, aged six and two, in BLEACH


A mother who was forced to bathe her son in bleach and dress him in wet wraps because his eczema was so bad has revealed how the family cope with the crippling skin condition.

Melbourne mum-of-two Jessica Todaro, 38, has tried countless creams and treatments to ease the burden for her two children, who have both had eczema.

The itchy skin condition typically involves a rash on the body, which is more likely to develop in childhood and in people who have a family history of the condition.

Ms Todaro gave birth to her first child, Isabella, in 2014.

The admin worker said she ‘didn’t know much’ about the skin condition back then – but luckily for Isabella, eczema only developed on her face. 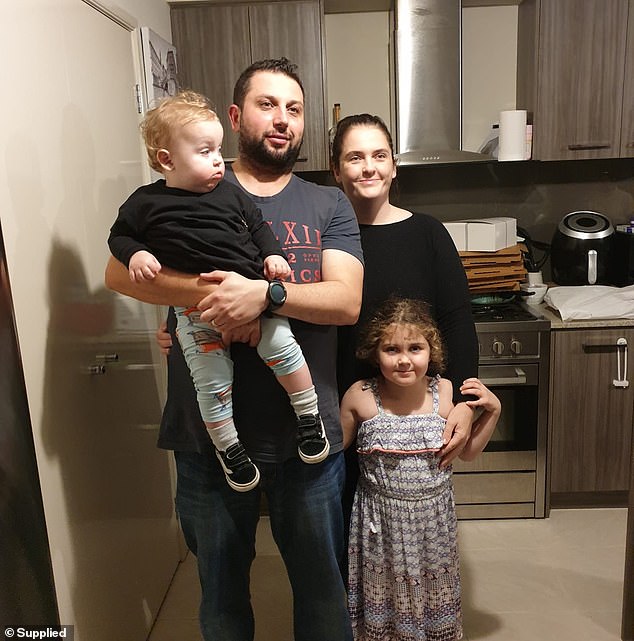 Jessica Todaro (right) is pictured with her husband Vito (left) and their two children, Isabella, six, and 22-month-old Antonio 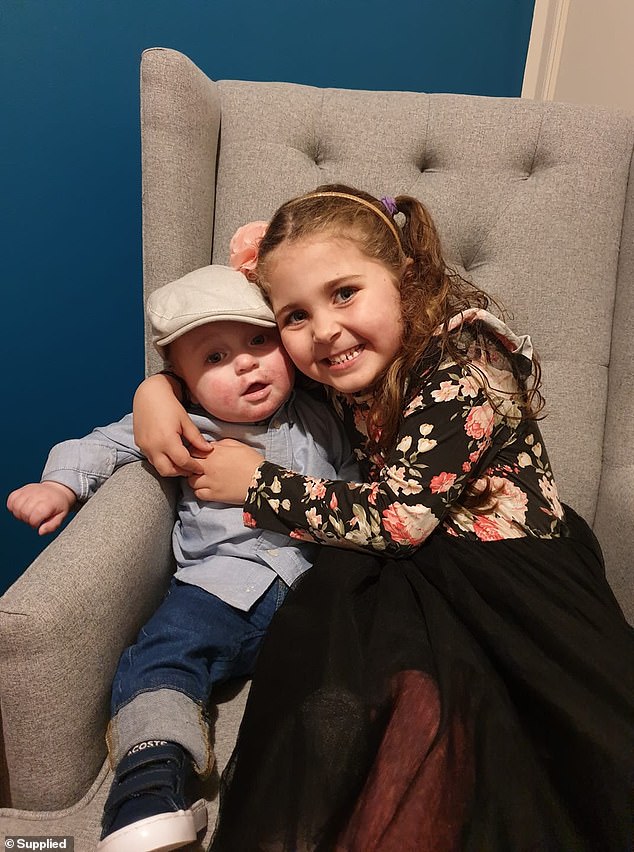 Ms Todaro has tried countless creams and treatments to ease the burden for her two children (pictured), who have both had eczema 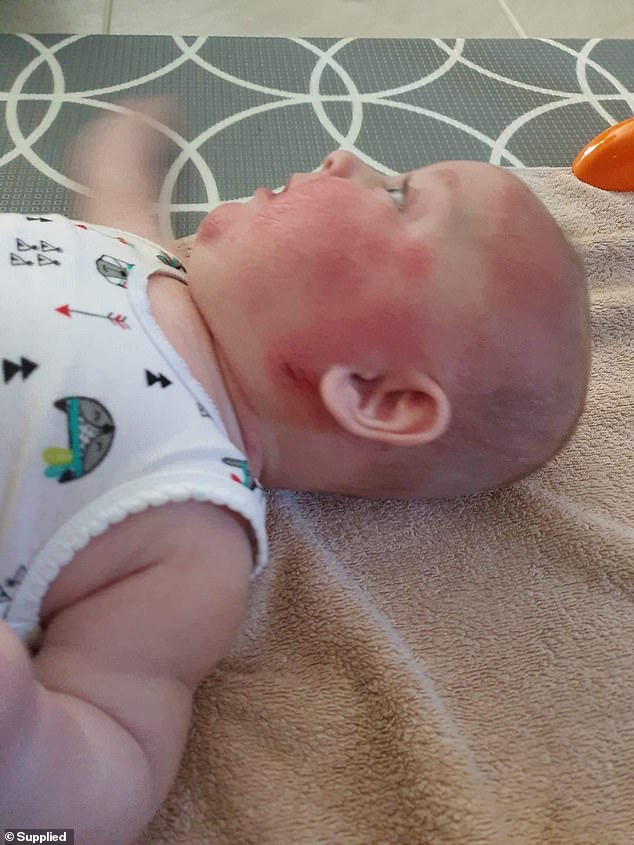 ‘She’s luckily grown out of that now. She’ll be seven in July, you wouldn’t even know she had it,’ Ms Todaro said.

Things weren’t as breezy for Ms Todaro’s second child, Antonio, who has been forced to battle relentless discomfort across his whole body.

‘When he hit four months, it was everywhere. Head to toe, bleeding,’ Ms Todaro said.

Antonio, who was born in 2019, is often covered in blistering red scabs but his head and cheeks are the worst hit areas.

Ms Todaro said she vigorously began to search for a solution.

‘That’s when the journey started. I tried anything and everything,’ she said.

‘It was stressful for me and irritating for him.’

The mum-of-two said the family spent hundreds of dollars testing out different products and also sought the help of a dermatologist. 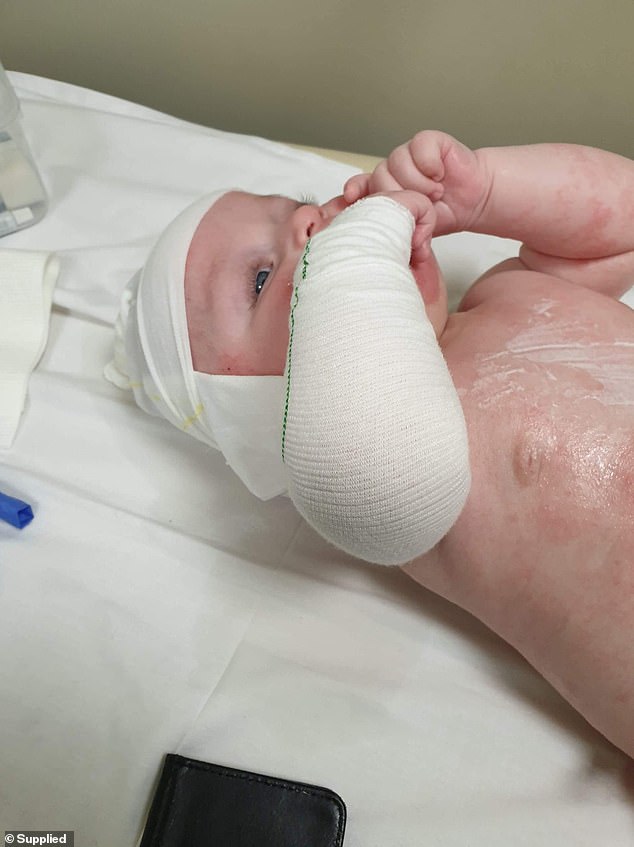 Antonio would sleep in wet wraps on his torso, arms, thighs and calves as well as with a hat 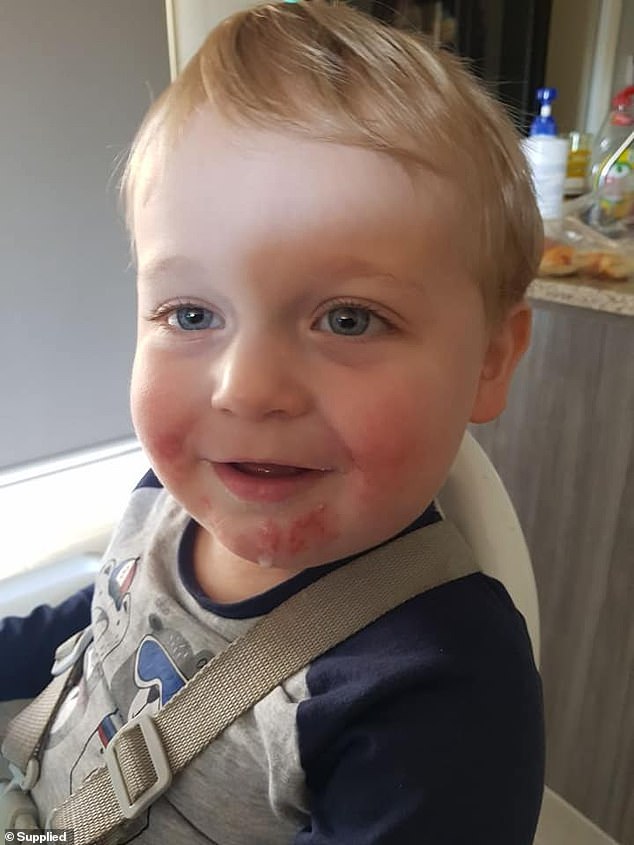 Antonio’s skin condition is ‘irritating’ for him and incredibly stressful for the mum-of-two, who has searched tirelessly for a solution 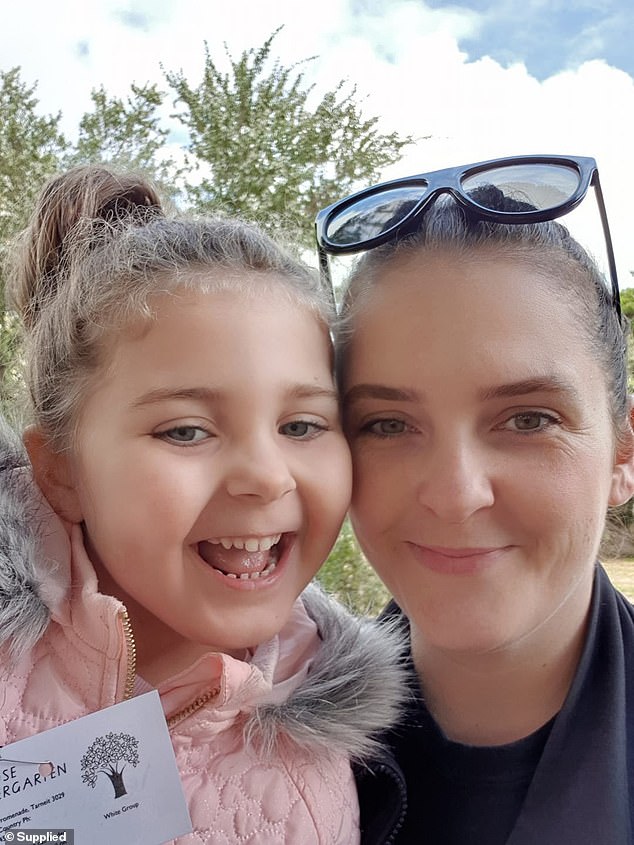 ‘Every second night he’d have one of those [bleach baths], it would help if he had a flare-up as well. It would calm the skin,’ she said.

The infant would also sleep in wet wraps on his torso, arms, thighs and calves as well as with a hat.

Ms Todaro is unable to dress him in the wet wraps now that he is older and he instead pulls them off.

She said she tried some treatments that made her son’s sensitive skin even worse – but the Melbourne mum has now found a routine.

MooGoo’s eczema cream has proven successful and Ms Todaro said she will typically use a MooGoo product on Antonio each day.

If her son has a flare-up, she is will run a bleach bath to ease his pain. 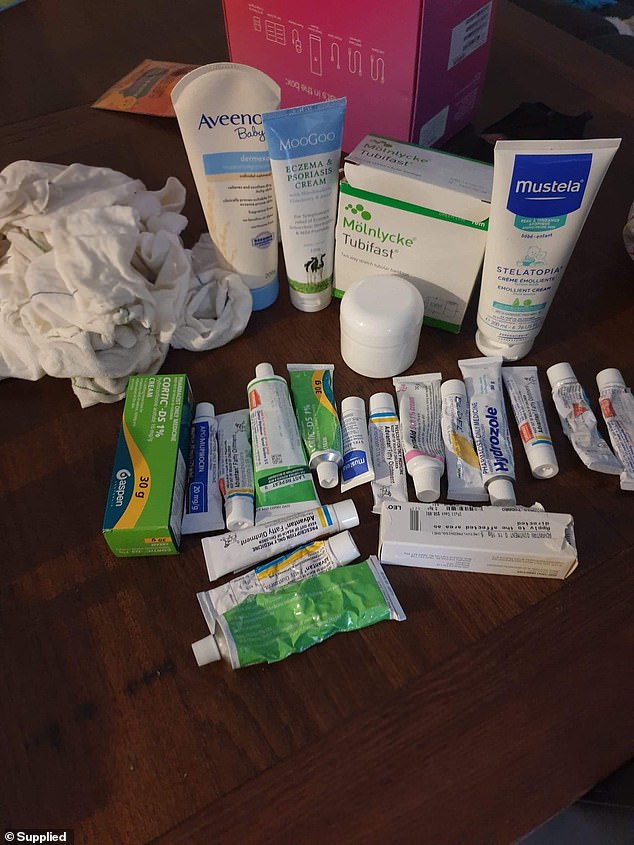 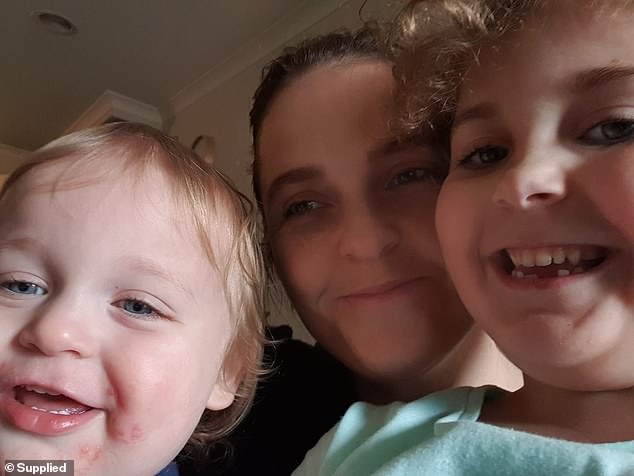 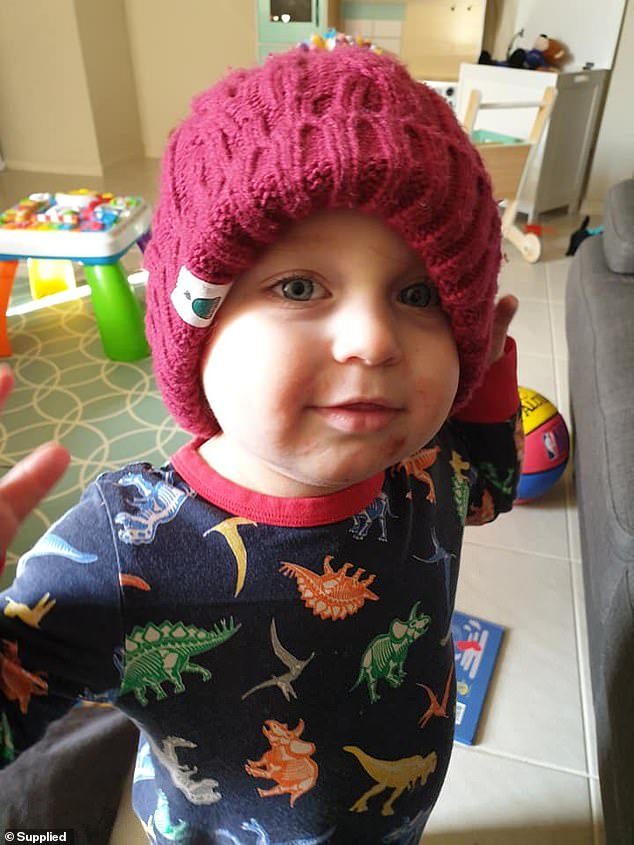 • Check your washing detergent for sulphates and other skin irritants

• Reduce the heat of your shower and bath, as it strips your natural oils from your skin and further irritates it

• Reduce or avoid sugar and yeast and eat oily fish, vitamin A and E rich foods and omega-3 rich foods like flaxseeds and walnuts

• Use a probiotic that contains the Lactobacillus rhamnosus strain

• Keep a food diary and note when flare-ups occur

• Consult with a healthcare professional to identify any environmental, dietary or other allergens that may be contributing to your skin problem

Ms Todaro also baths him with a QV wash and applies other treatments, including the occasional prescribed steroid cream.

‘Just got to take it day by day now,’ she said.

Ms Todaro said the temperamental weather in Melbourne doesn’t help Antonio’s situation but she’s glad his condition has improved as he has gotten older.

‘We’ve found our things that work. It took a while but it got there,’ she said.

‘He’s a lot better than what he was when he was younger.

‘Fingers crossed it’s something he grows out of.’

One in four Australian children suffer from eczema and the skin condition typically gets worse at this time of year due to the cold air, pollens being blown around in the wind and dryness from wearing extra layers and heaters.

Dermatologists and skin experts fear the constant handwashing due to the coronavirus pandemic has helped cause mass eczema breakouts.

‘Australia has one of the highest incidences of eczema in the world, and it is only getting worse – 50 years ago, only one in 10 Australian children suffered from it,’ MooGoo CEO and allergenic skincare expert Melody Livingstone said.

‘It can develop for a number of reasons, including climate, lifestyle, hygiene and genetics, and can become easily infected, causing pain, inflammation and lack of sleep.’ 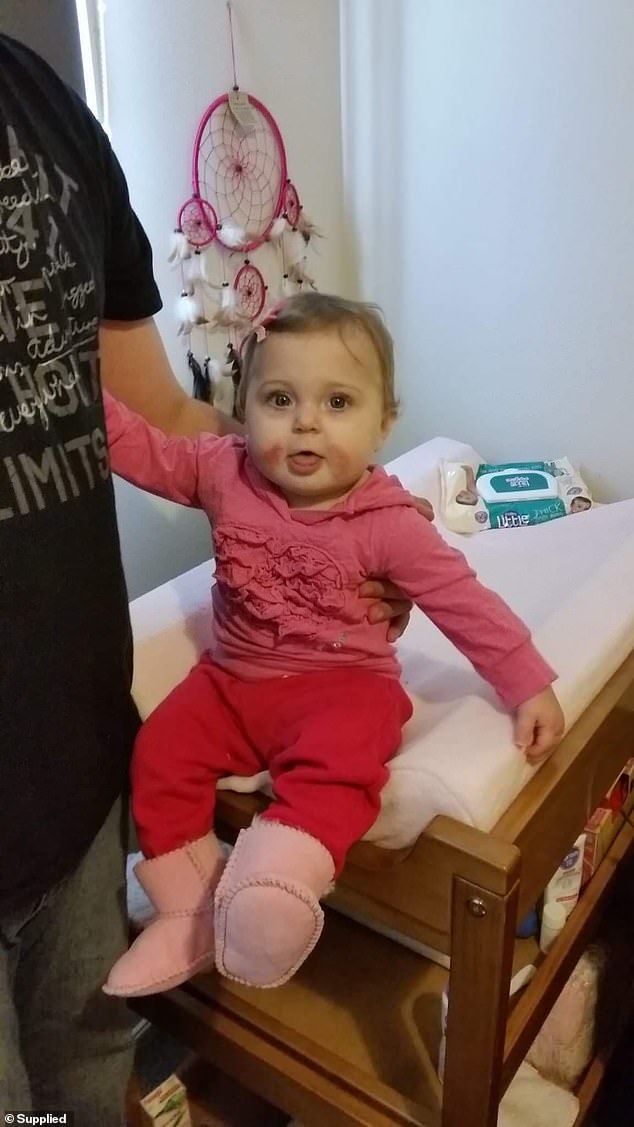 Ms Todaro gave birth to her first child, Isabella, in 2014. Isabella suffered eczema on her face but grew out of it 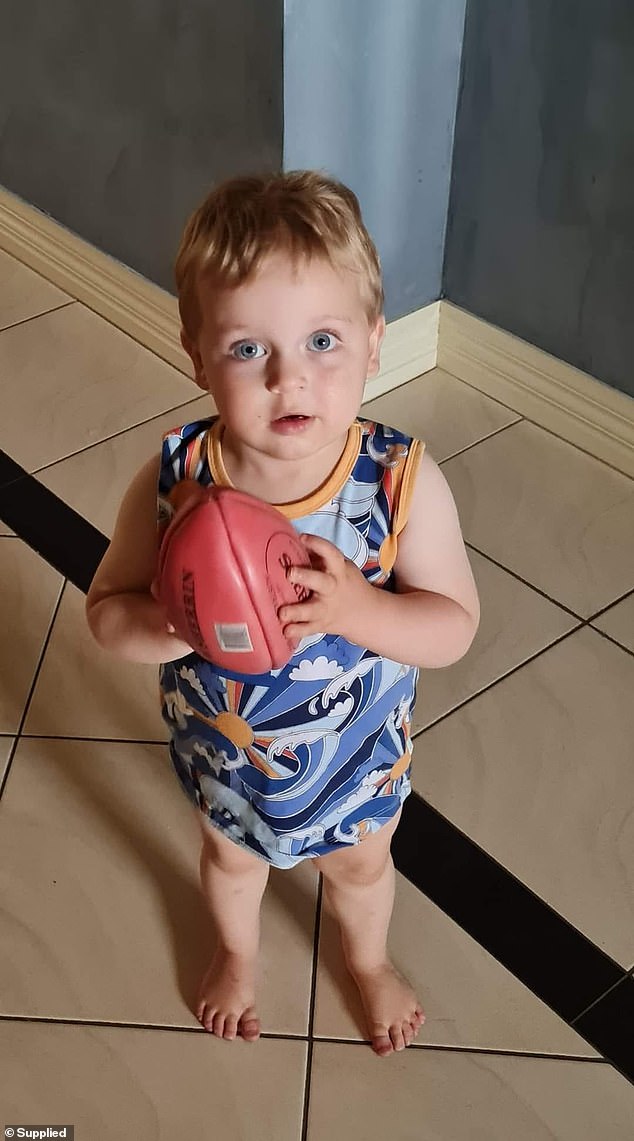 Paris .. A policeman kills an unknown person who threatened him with a knife