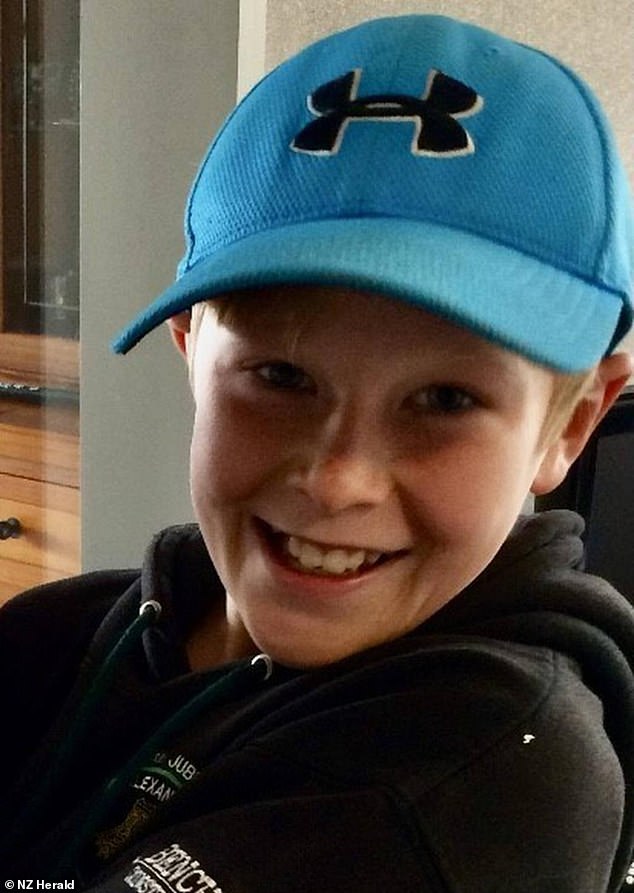 A New Zealand mother has spoken out about her pain over the death of her son from carbon monoxide poisoning – saying the tragedy was preventable.

Justine Walker said her son Jesse Samuel, 12, had decided to shower in a temporary bathroom at their holiday house near the town of Haast when tragedy struck in 2018.

The bathroom was fitted with a gas hot water unit, which she explains had been installed incorrectly, that allowed carbon monoxide to build up to deadly levels.

Jesse Samuel (pictured), 12, died in 2018 after dangerous levels of carbon monoxide built up in a bathroom because of a wrongly installed hot water unit

Gasfitter Michael Cartwright and his company Central Plumbing Ltd, which trades as Laser Plumbing Alexandra, were charged over the faulty installation and have plead guilty.

Ms Walker will read a statement to the court ahead of a sentencing hearing on Wednesday.

‘It has ripped me apart. I am numb,’ she told the New Zealand Herald.

‘I feel there is only half of me left, how is this fair on my kids to have half a mum? I’ve lost everything. I feel helpless, scared unable to find peace or true happiness,’ she said.

The court previously heard Central Plumbing’s co-owner Gary Hale installed the hot water unit but is a tradesman gasfitter and plumber – requiring Cartwright a certified gasfitter to inspect and sign-off on the job.

According to the summary of facts Cartwright never visited the bathroom, did not inspect the water heater, or consult with Hale about the job.

The gas hot water unit was bought in 2016 by Ms Walker brother when he was renovating his house and given to her for the outdoor bathroom in their holiday house. 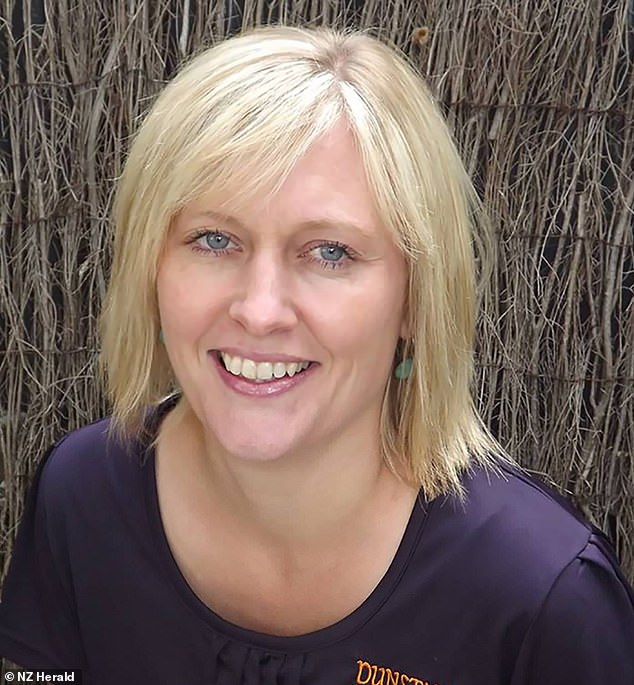 The summary of facts noted adequate ventilation was required to prevent build up of carbon monoxide.

Warning labels on the unit said to read the instructions, which said adequate ventilation should be ensured, and also said the unit should not be installed inside a bathroom.

A post-mortem examination found Jesse’s blood was 59 per cent saturated with carbon monoxide.

‘There is nothing right about this. It should never have happened. We were assured by them it was safe. I struggle to call this an accident. An accident is when you have done everything right and it ended wrong,’ Ms Walker said.

A sentence will be handed down for Cartwright and his company on Wednesday.

More than half a billion euros .. Leaked details of Messi’s contract with Barcelona