Mother-of-three, 27, who filmed herself having sex with schoolboy, 14, is jailed

Mother-of-three, 27, who filmed herself having sex with schoolboy, 14, is jailed for more than two years 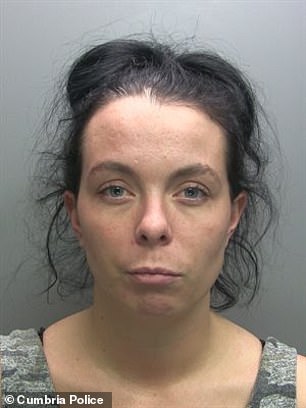 Sophie Hindmarch, 27, from Penrith, Cumbria, admitted nine counts of engaging in sexual activity with a child

A mother-of-three who had sex with a schoolboy after exchanging text messages with him on Snapchat has been jailed for more than two years.

Sophie Hindmarch, 27, from Penrith, Cumbria, began sharing messages with the 14-year-old in 2019 before contact between the pair escalated and sexualised images and videos were exchanged, Carlisle Crown Court heard.

The pair had sex for the first time after meeting at Hindmarch’s home when she reportedly told the teenager he had left his lighter upstairs.

The abuse was finally brought to light after the 14-year-old told his father about what had happened.

Earlier this month, Hindmarch admitted nine counts of engaging in sexual activity with a child.

She was jailed for two years and nine months on Friday and given an indefinite sexual harm prevention order.

Prosecutor Hugh McKee said the schoolboy had estimated he and Hindmarch had met at her home to have sex between 10-13 times.

On one occasion, Hindmarch had used her mobile phone to film herself having sex with the schoolboy, a court heard.

Police were alerted to the abuse after the schoolboy told his father about his meetings with Hindmarch.

Officers then seized mobile phones and other devices from the schoolboy and Hindmarch and found a number of sexualised messages shared between the pair.

The mother-of-three initially denied the offences in a police interview before pleading guilty in court last month. 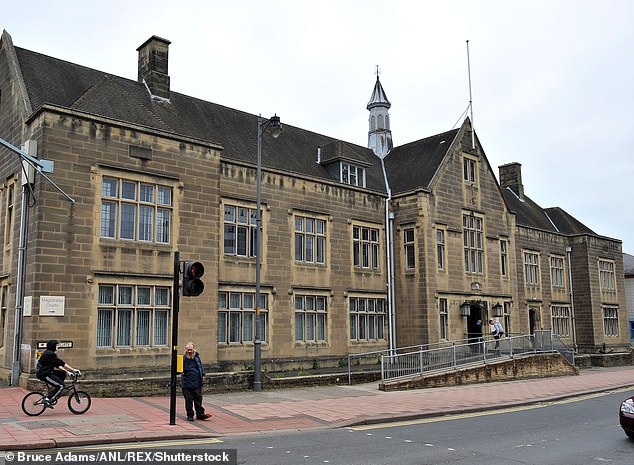 Judge Andrew Jeffries QC said that Hindmarch had been diagnosed with complex post-traumatic stress disorder after being the victim of domestic violence and observed there was ‘substantial mitigation’ in her case.

‘She was aware that what she was doing was wrong, telling the victim to delete messages between them.

‘I would urge anyone who has been subject to offences of this nature to come forward, you will be believed and any report will be dealt with professionally and sensitively.’