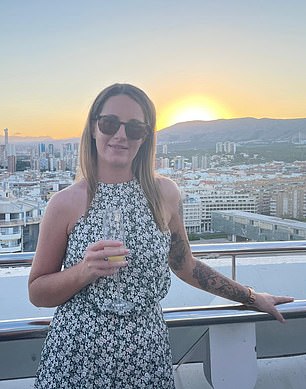 Nadina Liu, 28, claimed she was ‘treated like Royalty’ by the five cabin crew as she stretched out on the front row premium seats of the Boeing 787-800 jet last Saturday

A mother-of-two was shocked to find that she was the only passenger on board her Ryanair flight home from Spain.

Nadina Liu, 28, claimed she was ‘treated like Royalty’ by the five cabin crew as she stretched out on the front row premium seats of the Boeing 787-800 jet last Saturday.

She had no idea that she was the only passenger on the 189-seat plane until moments before she boarded her flight from Alicante to Liverpool John Lennon Airport.

Mrs Liu who had been on holiday to Benidorm with two friends for five days, said: ‘I got to the boarding gate and found nobody else there.

‘I got a bit worried thinking I had gone to the wrong gate, so I asked the woman on the desk if I was in the right place for the Liverpool flight and she said I was.

‘She then added, “By the way, you are the only person on the flight”. I thought she was joking, but it turned out she was serious.

‘It was a lovely feeling being on the plane by myself with the five cabin crew to look after me. It felt a bit like a private jet, although I have never been on one before.’ 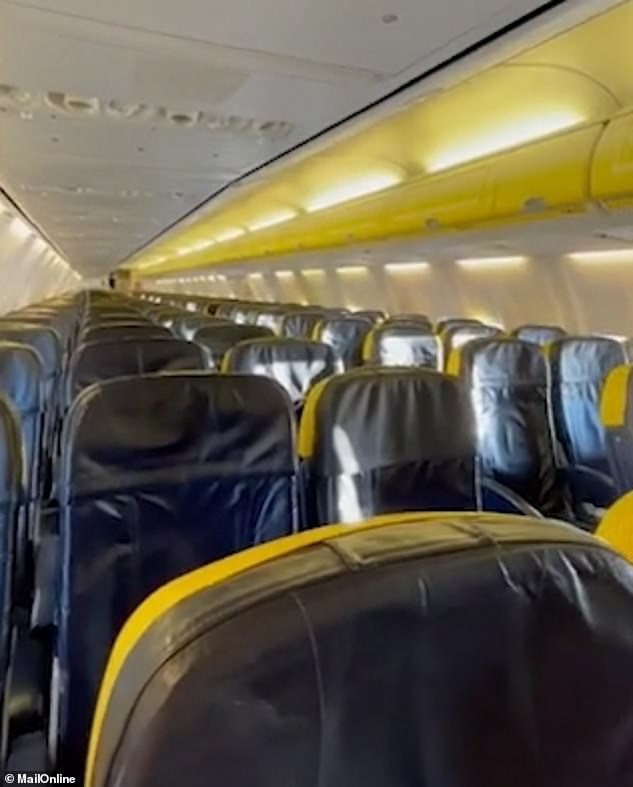 Mrs Liu had paid only around £50 for her two and a half hour flight several months ago, including the charge to take her hand luggage in the cabin.

She believes that other passengers booked on the flight may have delayed their return home until Monday or later to avoid having to quarantine for ten days.

The new rules for Freedom Day meant that any doubled jabbed adults or children under 18 returning from amber-listed countries including Spain no longer have to isolate.

But anyone flying home before midnight would have had to quarantine under the old rules.

Mrs Liu said she was not affected by the change as she has only had one jab so far, meaning that she would still have had to quarantine even if she had flown home later.

Mrs Liu paid only £50 for her two and a half hour flight several months ago, including the charge to take her hand luggage in the cabin

She had originally booked a Ryanair flight home for last Saturday morning until the budget airline contacted her three weeks ago and asked her if she was able to transfer to an evening flight.

Mrs Liu who lives in Litherland, Merseyside, with husband Martin, 32, and children Lexi, eight, and Jamie, five, said: ‘I was happy to agree, and assumed they were cancelling the earlier flight due to all the problems with covid.

‘I had gone out to Alicante with my friends on the same flight, but they were staying for ten days and I had only booked a five day break so I could get home to my family.

‘I work from home as a test and trace call agent, so it was not going to be much of a problem for me to quarantine.

‘I had the seat number 18A, but when I got on the flight, I was told that I could sit where I wanted so I picked a seat with more space at the front.

‘The five cabin crew were really friendly and one of them told me that it was the first time she had been on a plane with one passenger in her 15 years with Ryanair.

‘They just told me to make myself at home and to ask them if I wanted anything at all. They all found it quite funny and treated me like Royalty

‘There was the usual pre-flight safety demonstration, but it was performed just for me as I was the only passenger.

‘The cabin crew included a young lad who was in training and the others were showing him how to do things like opening and closing the door.

‘One of the pilots came and said hello before take off, so it was all very personal and a great level of service.’

Mrs Liu said she bought a can of Heineken, a packet of M and M’s sweets and a cup of tea during the flight.

She added: ‘They didn’t bother pushing a trolley along and just fetched me anything when I asked for it. 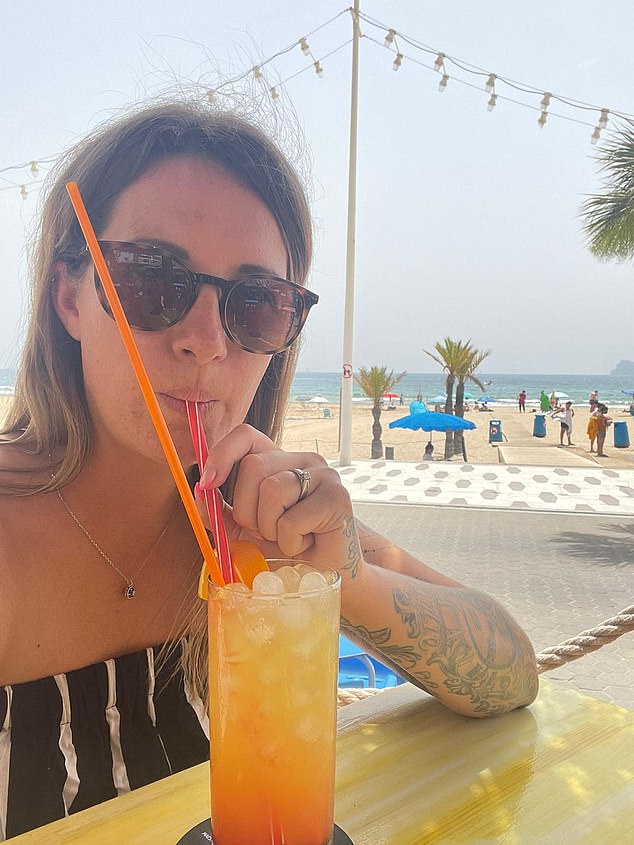 ‘Apart from there being no other passengers, it was just like a normal flight, with the usual tannoy messages from the flight deck.

‘I chatted to the crew a bit and kept myself occupied scrolling through my phone. We even got in about ten minutes early at 10.40pm instead of 10.50pm.

‘I went down the steps on my own to the tarmac, and I had a member of staff who met me and led me into the terminal to show me the way.

‘I heard from the Ryanair people that the original flight which I had been on had flown half-full with 73 people on board.

‘So I am a bit mystified about why they changed my booking to the later flight, although I am not complaining.’

Is Something Big Brewing? Signs of Recovery for Hedera Hashgraph! 2021

Hell at Heathrow: 2,000 arrivals queue for up to 90 minutes at Terminal 5 after e-gates close