A ‘heartbroken’ mother has told how her adoptive son tricked his autistic younger brother into accessing material about Islamic State before turning him into the police as an ‘act of retaliation’.

The boy, then 17, goaded his sibling to make a dossier of information about the terrorist group using the dark web – a part of the internet which isn’t available to standard web browsers and search engines – his adoptive mother Daisy said.

He then asked his brother to show him the material he had found while they met up at a fast food restaurant, which caught the activity on CCTV, she added.

She said the teenager planned the set-up over summer several years ago in retaliation after his adoptive parents returned him to care because of his violence and behaviour.

While her youngest son did not hide anything when questioned by police, and was not charged, the incident ‘broke his heart’, she added. 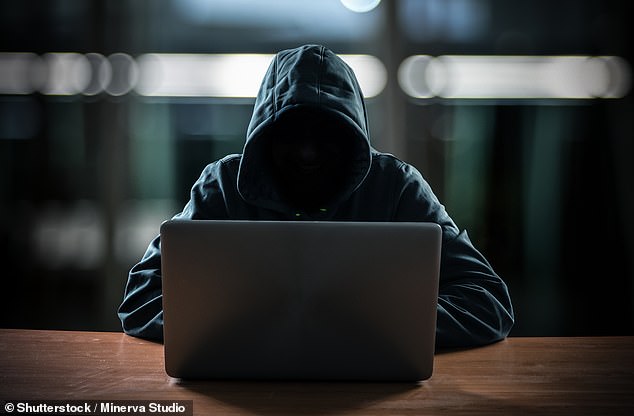 The boy, then 17, goaded his sibling to make a dossier of information about the terrorist group using the dark web – a part of the internet which isn’t available to standard web browsers and search engines – his adoptive mother Daisy said. Library image

The boys first came to live with the family aged four and two, and their adoption was finalised two years later.

What is the dark web Tor browser?

Tor – short for The Onion Router – is a matrix of encrypted websites that allows users to surf beneath the everyday internet with complete anonymity.

It uses numerous layers of security and encryption to render users anonymous online.

Normally, file sharing and internet browsing activity can be tracked by law enforcement through each user’s unique IP address that can be traced back to an individual computer.

The Tor network hides the IP address and the activity of the user.

Most of the web’s information is buried far down on dynamically generated sites, unable to be found or seen by traditional search engines – sites or pages don’t exist until created as the result of a specific search.

An internet search is like dragging a net across the surface of the sea – a great deal of information is caught, but a majority is deep and therefore missed.

She feels she and her husband were not given enough information about the degree of trauma and neglect experienced by the boys before being adopted.

At the time their eldest son was violent towards them, he falsely accused his adoptive father of assault, Daisy said.

The family had support from social services withdrawn from them, despite asking for help and respite two months prior.

She said: ‘It was just like talking to a brick wall, no-one was interested, it was all about blame, and we were to blame, and actually no, we weren’t to blame, we were trying to bring up two boys who were the centre of our lives, who we dropped everything else for because we loved them, and we didn’t stand a chance because of stuff that had happened with the birth family that was nothing to do with us.’

Daisy said she continues to struggle with her mental health and is on a waiting list for counselling, while her husband experienced a heart attack aged 55.

She added: ‘Changes have to happen at some point with the way adopters who have very difficult children are treated, because if they were treated with support, things could be a lot different.’

Adoption UK’s report found that three quarters of established adoptive families experienced challenges during 2019, and 64 per cent experienced violent or aggressive behaviour from their child.

It said prospective adopters must be made aware of this possibility, and helped to develop skills to manage it, while support must be delivered at the beginning of the process, before the situation escalates.

For those who experienced crises, there was a clear sense that it could have been avoided with earlier help, the report found.

Respondents also said procedures designed to protect children from adults were ‘not well suited’ to scenarios where children pose a risk to their adoptive family. 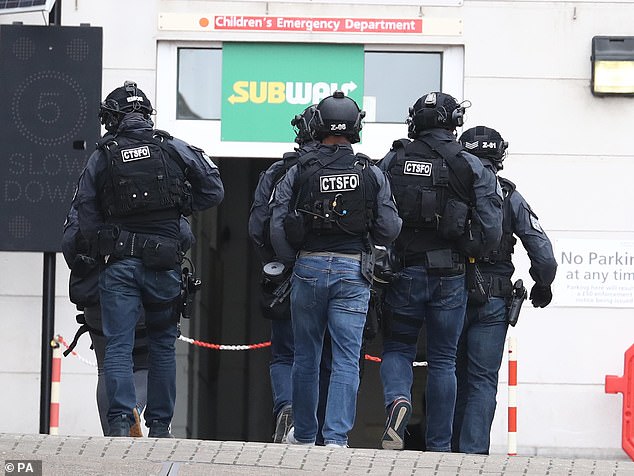 Adoption UK said: ‘This is a heartbreaking story for everyone involved.

‘It’s an extreme situation, but the ingredients, a young person haunted by a traumatic early childhood, a family left without support, are much too common.

‘Despite all the challenges, 73 per cent of adopters would encourage others to adopt.

‘Families tell us that the right support has a dramatic impact and intervening early is a wise investment.

‘In England, the Adoption Support Fund, a pot of government money that pays for specialist therapy, is literally changing people’s lives.

‘Adopters are parenting some of the most vulnerable children in the UK.

‘It’s morally and economically imperative that adoptive families are given the right support from day one.’