A truck has caused early-morning rush-hour chaos after crashing down an embankment and catching fire.

The truck crashed through a guard rail and fell down an embankment at the Mount White interchange north of Sydney just after 1am on Wednesday morning.

A man in his 40s who was in the truck was treated for lacerations to his forehead and minor leg injuries, a New South Wales Ambulance spokesman told Daily Mail Australia. 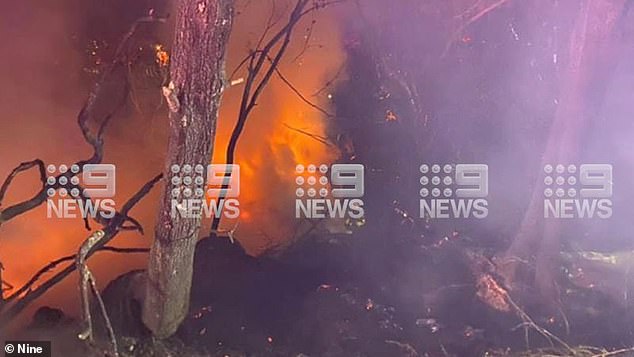 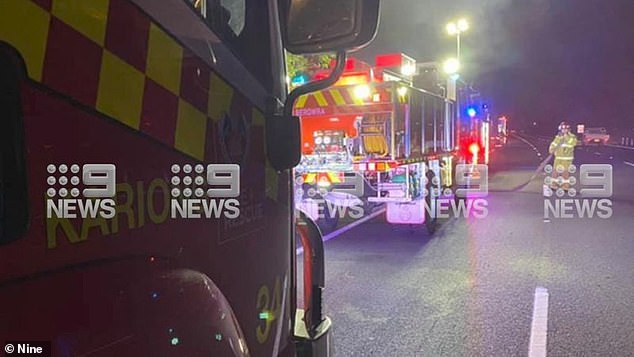 Emergency crews at the scene. The heavy goods vehicle is believed to have been carrying hazardous material

He was taken to Sydney’s Royal North Shore Hospital in a stable condition.

The heavy goods vehicle is believed to have been carrying hazardous material at the time of the crash.

Two of the three northbound lanes approaching the interchange were initially closed after fire crews and paramedics were rushed to the scene. 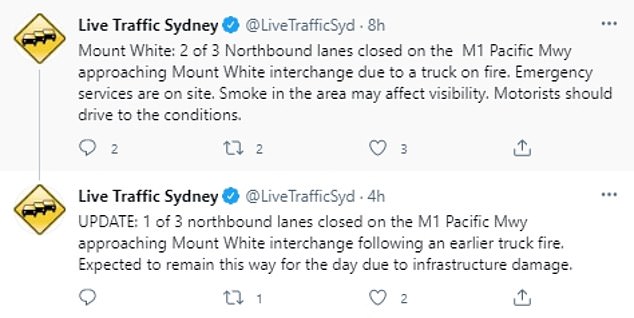 Daily Mail Australia understands the ambulance crew had been driving along the highway by chance when they saw an explosion at the side of the road and called in their colleagues.

As of 6am, one northbound lane was still closed, according to Live Traffic Sydney.

The update said the closure was expected to remain in place all day ‘due to infrastructure damage’.

‘Smoke in the area may affect visibility. Motorists should drive to the conditions,’ a spokesman said.