Mourinho’s harvest in 1000 matches during his coaching career 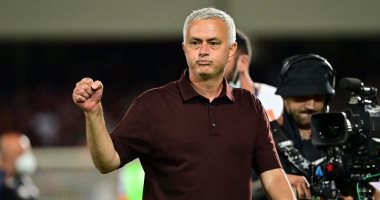 Portuguese coach Jose Mourinho led his 1,000th game in his coaching career, as he led Roma to a 2-1 victory over its guest Sassuolo, which brought the two teams together yesterday evening, Sunday, at the “Olympico” stadium, in the third round of the Italian league “Calcio”, For the current season 2021-2022.

In the following report, we review Mourinho’s training career after 1000 matches:

Chelsea for the second time 136 games

The 58-year-old has achieved many individual and collective achievements during his career, as he won the Champions League twice, the first with Porto and the second with Inter Milan. He also won the English Premier League title with Chelsea 3 times, along with The European League title with Manchester United, and the Spanish League title with Real Madrid.