High street giant Marks & Spencer has fallen to a loss for the first time in its 94 year history after its stores were forced to close during pandemic.

The company fell to a £87.6 million pre-tax loss for the 26 weeks to September 26 – free-falling from a success in the corresponding period of 2019.

It told shareholders it performed ‘better than expected’ during the first half, with revenue falling less than initially predicted.

It said revenue for the period slid by 15.8% to £4.09 billion after it was hit by lower clothing and home sales. 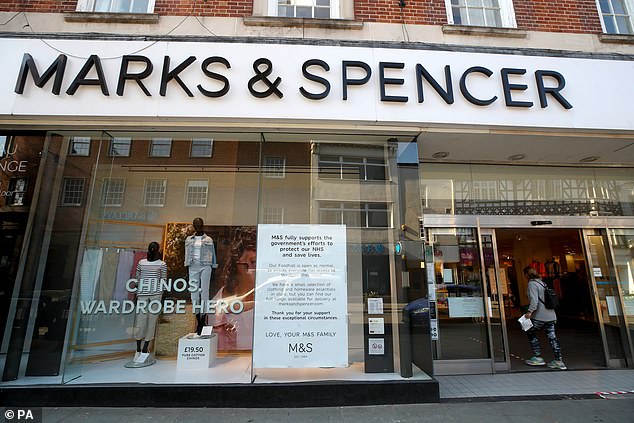 Marks and Spencer, like this store in Shrewsbury, has reported heavy losses after Covid-19

The clothing and home division saw sales dive 40.8% over the half-year, with a 21.3% decline in the second quarter as it benefited from the reopening of stores and strong online sales growth.

M&S reported that trading in October ‘has continued at similar rates’ to the second quarter, with clothing and home sales down 21.5% but food sales up 3%.

Its grocery business performed ‘strongly’ over the half-year, with like-for-like sales rising by 2.7% on the back of substantial growth from its Simply Food stores. 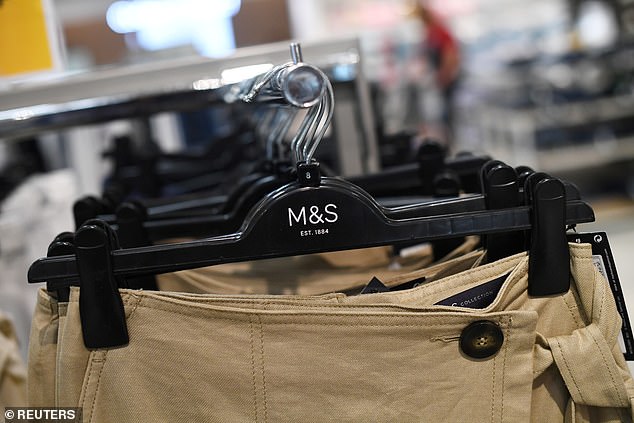 The clothing and home division saw sales dive 40.8% over the half-year up until now

Marks & Spencer announced in August it would axe 7,000 jobs as part of a further shake-up of its stores and management in the face of the coronavirus crisis.

The London-based retail giant revealed the bulk of the cuts would be made across its stores, hitting around 12 per cent of its 60,000 shop-based staff, as well as a smaller number of support centre and regional management workers.

M&S, which employs 85,000 people worldwide, expects a ‘significant’ number of roles will be cut through voluntary departures and early retirement.

The group said it would also create some jobs through investing further in online warehousing and its new ambient food warehouse.

M&S had already begun a significant restructuring before the pandemic hit, shutting under-performing stores and boosting its online sales.

Meanwhile, the group also hailed strong growth in its Ocado Retail joint venture, which started delivering M&S food as the start of September.

It said the partnership has reported a 47.9% jump in sales, while profitability has also improved.

Marks & Spencer was created in Leeds in 1884 when Polish refugee Michael Marks opened his market stall.

It had its very own slogan based on the cost of items on sale: ‘don’t ask the price, it’s a penny’.

Ten years later when he went into partnership with Thomas Spencer, the iconic name was born.

But despite rationing being brought in, the firm was still able to turn a profit during the period.

It has become known as one of the UK’s oldest and well-known brands and a marker for how the High Street is performing.

This latest trading update came as M&S continues to push forward with its Never The Same Again transformation programme.

It said the programme, which saw M&S slash 7,000 jobs in August will enable the business to emerge from the crisis in a ‘stronger, leaner and more focused position’.

Chief executive Steve Rowe said: ‘In a year when it has become impossible to forecast with any degree of accuracy, our performance has been much more robust than at first seemed possible. 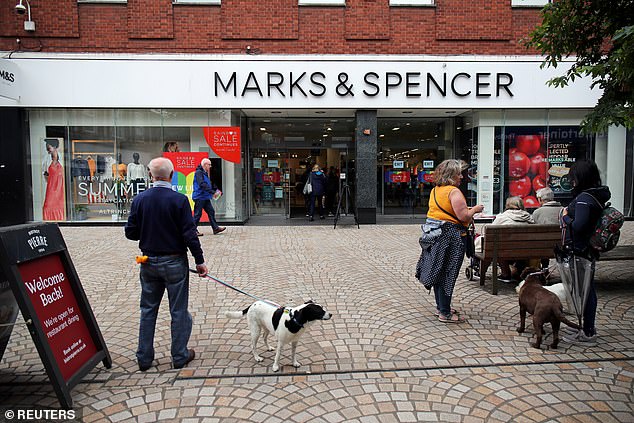 ‘This reflects the resilience of our business and the incredible efforts of my M&S colleagues, who have been quite simply outstanding.

‘But out of adversity comes opportunity and, through our Never The Same Again programme, we have brought forward three years’ change in one to become a leaner, faster and more digital business.

‘From launching M&S Food online with Ocado, to establishing an integrated online business division, ‘MS2′, to step-change growth, we are taking the right actions to come through the crisis stronger and set up to win in the new world.’

American Airlines warns employees it could furlough thousands by April