A woman living in a lilac coloured home in a hippie town is fighting to save her home after the local Byron Bay council ordered her to repaint it, and then fined her $3,000 when she refused.

Nicole Haberecht moved into her Mullumbimby, northern NSW, property in March last year and set about creating a ‘purplicious house’ to express her personality and brighten up the local neighbourhood.

She splashed out $10,000 on the exterior paint job that she says is admired by neighbours and is similar to the home’s colour scheme from ‘some years ago’.

‘I haven’t met one person who doesn’t like it. People stop me in the street and chat and remark how much they love it, and how it makes everyone feel happy,’ Ms Haberecht told the Echo. 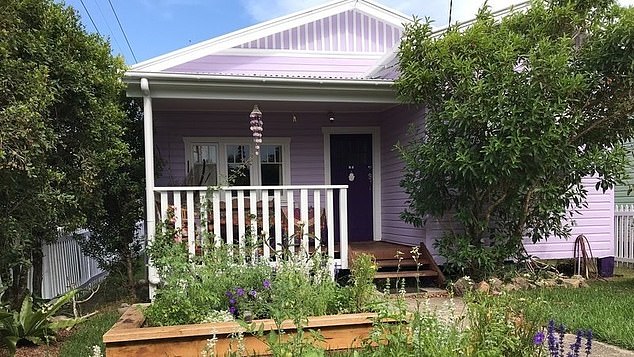 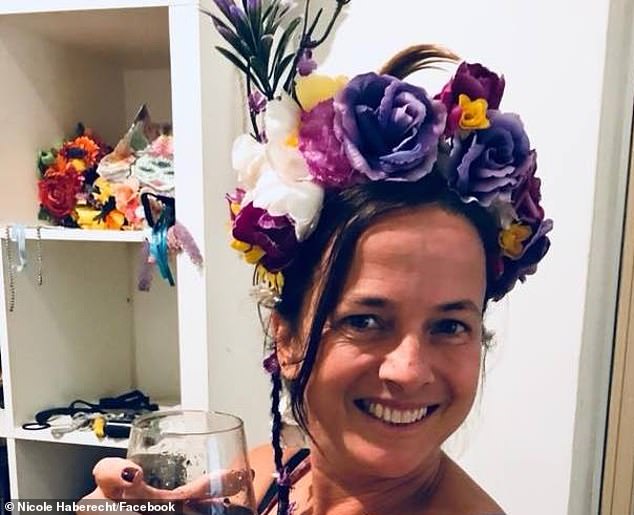 But one resident did take offence to the bold choice and lodged a complaint with Byron Shire Council, who demanded Ms Haberecht repaint the home in a colour that is more suitable to the heritage conservation area.

Ms Haberecht refused, with the council saying they had no choice but to issue her with a $3,000 infringement notice which she is yet to pay as she claims she ‘can’t afford to’.

‘They gave me the option of submitting a DA for the colour, but said there was no guarantee the order to repaint would be cancelled. So it was just another expense I couldn’t afford,’ Ms Haberecht said.

She has now launched an online petition as she fights to save her home, urging residents to get behind her push to ‘Help save the purplicious house’. More than 400 signatures have so far been obtained.

‘Please show your support so I can live in peace. I just wanted a beautiful home that lifts everybody’s spirit bringing joy to the community. Thank you,’ Ms Haberecht wrote on the change.org petition.

She questioned why she was being asked to repaint her home as there were ‘heavily coloured dwellings’ dotted throughout Mullumbimby and demanded to know what ‘negative impact’ she was having on the area by her colour choice. 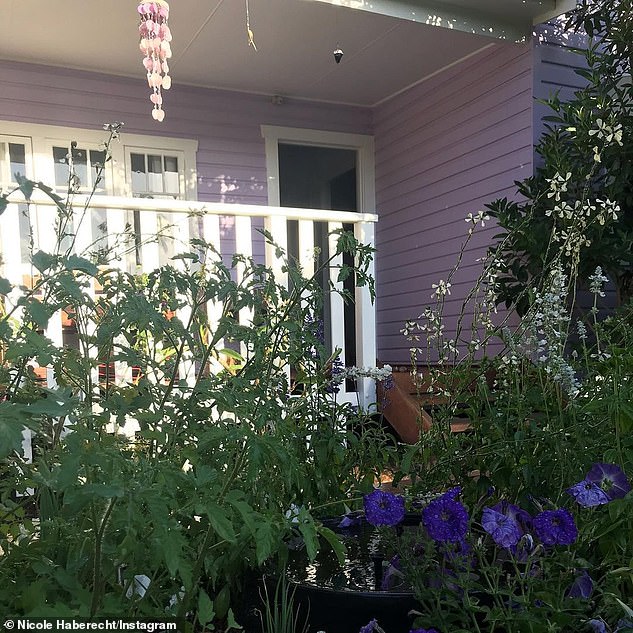 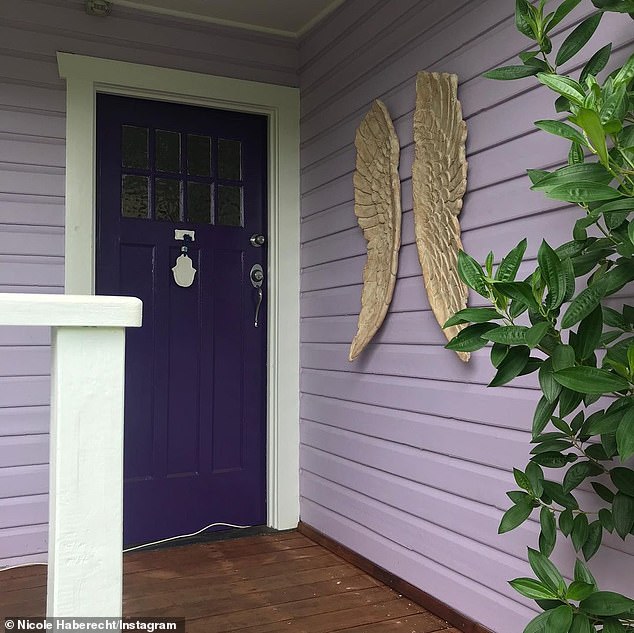 Ms Haberecht has resisted calls to repaint the home, with the council issuing her with a $3000 infringement notice

‘I’m sick of those believing heritage means painting something in dreadful colours because they did it 100 years ago,’ Mr Richardson said.

‘The most beautiful heritage building in (Mullumbimby) is the light pink one – thank goodness the heritage police didn’t hold sway on that.’

A council spokesperson said Ms Haberecht had not obtained development consent to paint her home as was required under the Byron LEP 2014.

‘The property referred to is in a heritage conservation area and therefore subject to NSW Government and Byron Shire Council controls designed to ensure the heritage values of areas and some properties are retained and not lost. A component of these controls are colours,’ the spokesperson told Daily Mail Australia.

‘Council received a complaint from a member of the public relating to colour and investigated.

‘The Byron LEP 2014 provides that any change to the external appearance of a dwelling in a heritage conservation area requires development consent. Development consent was not obtained or sought before the painting occurred.

‘Also, the existing lilac colour does not comply with the Non-Indigenous Heritage provisions of DCP 2014.

‘The owner was asked to repaint the building in a suitable heritage colour. Staff encouraged the owner to seek heritage funding to help with the cost of painting. There was no willingness to change the colour and therefore an infringement notice was issued.’

Ms Haberecht is currently fighting the fine through Service NSW.