A multimillionaire wine tycoon is locked in a High Court fight with his wealthy neighbour who sued him for not putting up curtains in his £3.2m Kensington flat.

Rollo Gabb, 50, who owns the vineyards behind Journey’s End and Kumala, drew the ire of businessman neighbour Meghdad Farrokhzad who said the wine importer had breached rules on what kind of curtains and floor coverings he could have in his ‘high class’ Kensington flat.

When Mr Gabb – whose celebrated Stellenbosch region wines are carried by Waitrose, M&S and Sainsbury’s – bought the luxury flat in 2007, he agreed to rules on how he could kit out his property.

The rules said the West London three-storey property had to be carpeted and ‘properly curtained in a style appropriate to a high-class private residence’.

But Mr Farrokhzad – who acquired the freehold of the building at the same time he bought an art gallery underneath Mr Gabb’s flat in 2020 – complained that his new neighbour had broken the curtain rule, as well as others.

He claimed Mr Gabb forfeited his right to the lease due to ‘an absence of fabric curtains’ – the wine boss having put up wooden shutters on some of his windows instead.

He launched a bid to strip Mr Gabb of his lease on the flat but lost his case in April last year.

But he is now himself being sued by Mr Gabb, who claims the curtain complaints were part of a ‘campaign’ to thwart his attempts to sell his apartment – either because Mr Farrokhzad wanted it himself or out of ‘anger’ following an earlier row. 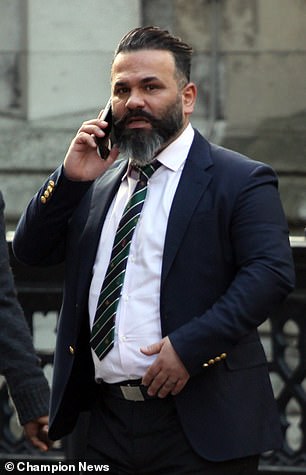 Rollo Gabb, 50, (left) drew the ire of businessman neighbour Meghdad Farrokhzad (right) who said the wine importer had breached rules on what kind of curtains and floor coverings he could have in his ‘high class’ Kensington flat. 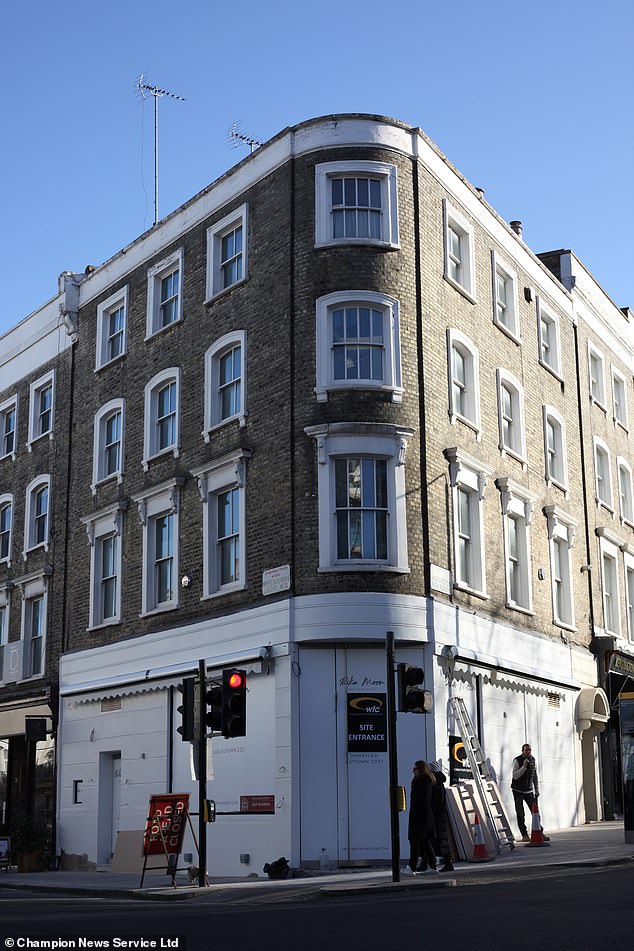 Mr Farrokhzad – who acquired the freehold of the building at the same time he bought an art gallery underneath Mr Gabb’s flat in 2020 – complained that his new neighbour had broken the curtain rule, as well as others 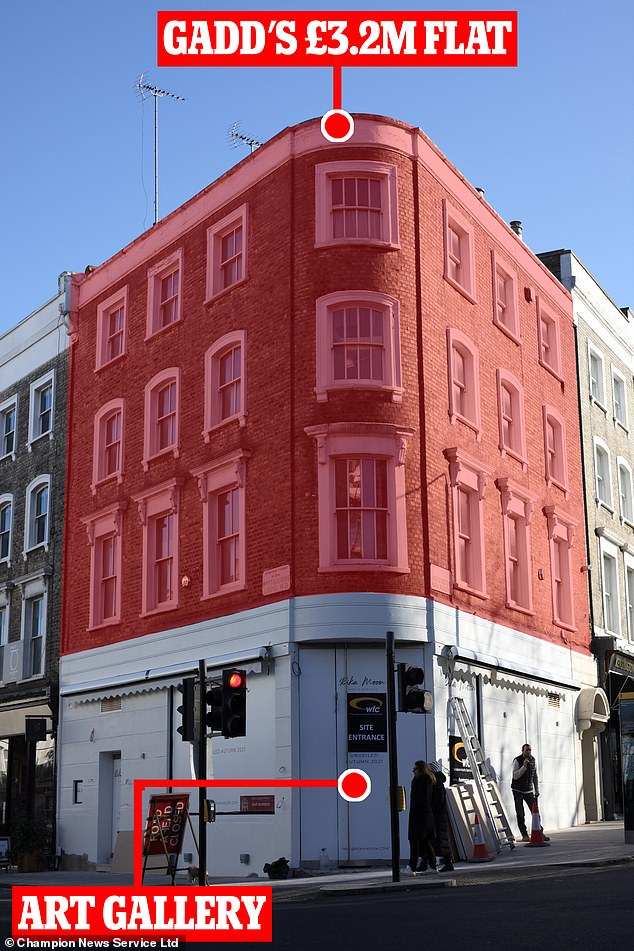 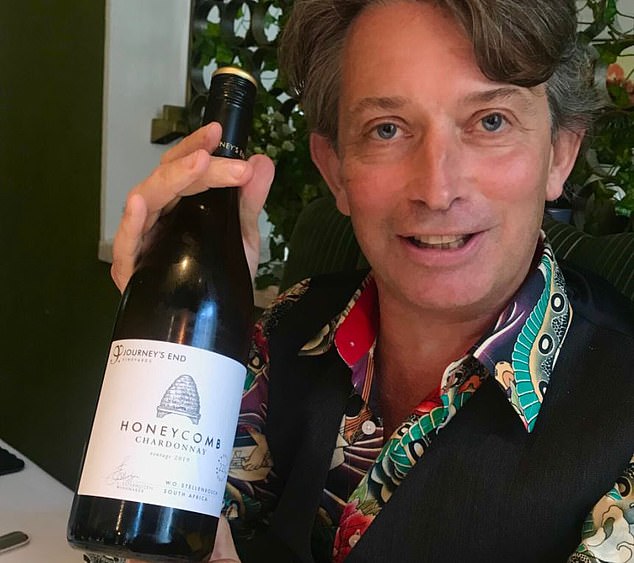 Mr Gabb says that Mr Farrokhzad, 41, has behaved ‘unreasonably’ in blocking his attempts to sell the flat, causing a £1m sale to fall through and putting another at risk.

He wants a judge to force the businessman, who has control over the transfer of the flat’s lease, to approve the sale of the flat.

Consent to transfer the lease cannot be ‘unreasonably’ withheld and Mr Gabb claims his neighbour is doing just that in a bid to make the flat ‘unsellable’ due to their falling-out.

But Mr Farrokhzad denies he has done anything ‘unreasonable’ and, far from blocking his neighbour’s exit, would be happy for him to leave and bring their ‘strained relations’ to an end.

Mr Gabb, part of a family wine dynasty which founded high street alcohol brands including Kumala, bought his luxury flat, which comprises the first, second and third floors of the building and boasts its own roof terrace, in 2007.

Mr Farrokhzad bought the freehold and the gallery in 2020 and the friction between the pair first emerged when Mr Gabb objected to his new neighbour’s application to turn the ground floor unit into a licensed sushi bar.

The bad blood increased when Mr Farrokhzad brought Mr Gabb before a tribunal judge and tried to strip him of his lease for breaching the covenants.

Amongst other things, he claimed his neighbour had forfeited his right to the lease due to ‘an absence of fabric curtains’ – the wine boss having put up wooden shutters on some of his windows instead.

The shutters were, the businessman claimed, in breach of a covenant stating that the owner of the leasehold on the flat must ‘keep the windows of the demised premises properly curtained in a style appropriate to a high-class private residence’.

Mr Farrokhzad also claimed his neighbour had breached another covenant stating that the flat be fully fitted with carpets, except for the kitchen and bathroom, by having wood and stone flooring installed. 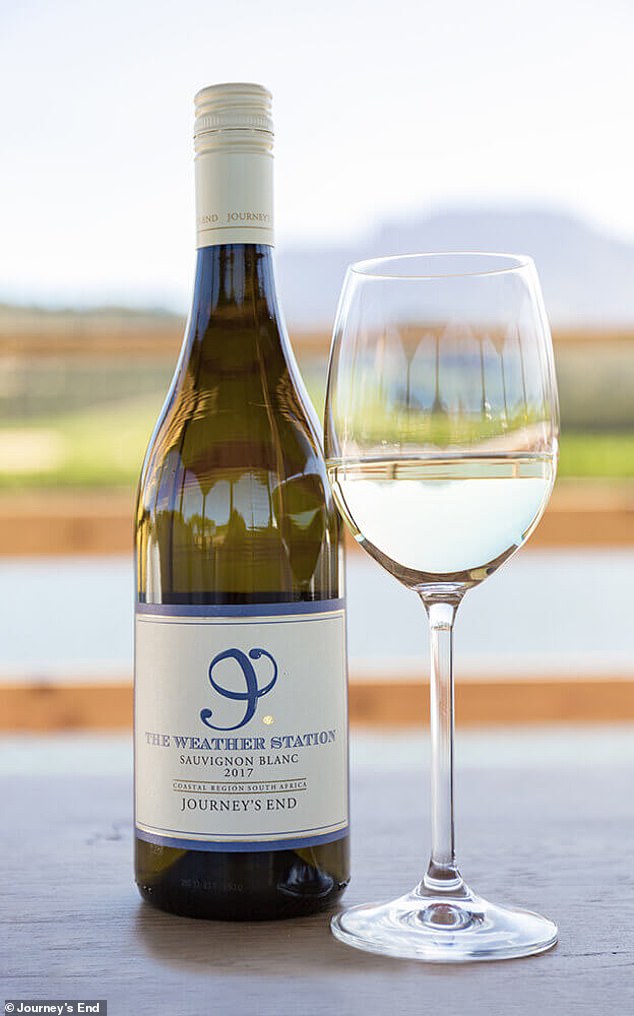 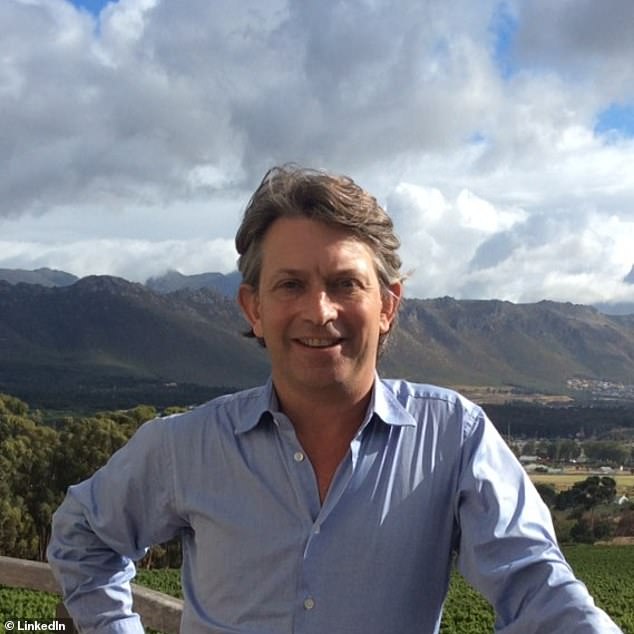 The tribunal eventually dismissed Mr Farrokhzad’s case after hearing that Mr Gabb had obtained permission to put in the shutters and hard flooring from the previous freeholder, and had later put up curtains in the windows without shutters.

But the war between the two men continued, with Mr Gabb this week dragging his neighbour to the High Court and blaming his ‘unreasonable’ behaviour for a multimillion-pound sale of the flat falling through.

Mr Gabb’s barrister Joanne Wicks QC told Judge Simon Gleeson: ‘The campaign against Mr Gabb commenced with a solicitors’ letter sent on Christmas Eve 2020 received out of the blue, contending that (he) was in breach of the covenants of the lease by virtue of installing wood flooring (and) failing to ‘properly curtain’ windows.

‘Mr Gabb has been seeking to sell the flat since the autumn of 2020 but, apparently motivated by a desire to purchase the flat himself and/or anger at Mr Gabb’s objections to the grant of a late-night alcohol licence, Mr Farrokhzad has been determined to do all he can to thwart a sale.’

She said that ‘repeated applications for consent’ to assign the leasehold to a new owner had been met by Mr Farrokhzad ‘with a mixture of spurious claims’.

She claimed that in a bid to make life difficult for his neighbour Mr Farrokhzad had insisted on informing prospective buyers that they would be liable for all or part of an impending £388,000 bill for repairs to the ‘common parts’ of the building.

It had left Mr Gabb at risk of losing an offer currently on the table from a wealthy buyer keen on the apartment, she claimed.

‘He reasonably fears that Mr Farrokhzad’s behaviour is rendering the flat completely unsellable,’ she concluded, asking the judge for damages and an injunction to force the businessman to sign off on the sale of the flat.

Andrew Butler QC, for Mr Farrokhzad, denied that he had behaved unreasonably.

He specifically denied causing the loss of any offer to buy the flat through unreasonable behaviour and further insisted that Mr Gabb had not suffered any financial loss due to him.

Denying there was any need for damages or an injunction, the barrister told the judge: ‘While Mr Gabb appears to interpret Mr Farrokhzad’s actions as a concerted attempt to prevent him from assigning the lease, nothing could be further from the truth.

‘Mr Farrokhzad is quite content for an assignment to take place and indeed recognises that his relationship with Mr Gabb has become strained.’

In relation to the works on the common parts of the building he told the judge: ‘The anticipated cost of works is £388,237.61. This will either be the tenant’s sole responsibility or the parties’ joint responsibility. The tenant has historically borne 60% of the latter costs.

‘Mr Farrokhzad has no particular desire to keep Mr Gabb as his tenant. He merely wishes to ensure that his own interests are protected, and in particular that an incoming tenant is not taken by surprise by the cost of works which might be required and able to meet that cost’.

He said Mr Farrokhzad was prepared to allow the lease to be transferred on certain conditions, including that the buyer provides a reference to show that they will be able to meet the cost of the works.

But Mr Gabb’s barrister told the judge he is baffled about what he or a purchaser would be paying towards.

‘Given that the (flat’s) demise includes the external structural elements, there is no shared entrance or other common parts and it appears no shared services, there appear to be no, or very limited, things the use of which is common,’ she said.

The judge has now reserved his ruling on the case after a two-day hearing, to be given at a later date.