An amateur Australian home baker has revealed how she made a stunning numerical cake for her mother-in-law’s fiftieth birthday using budget ingredients from Coles and Woolworths.

While the cake wasn’t baked from scratch, it looked like an expensive professionally made dessert as it was topped with buttercream, berries, edible flowers, macaroons and meringues.

To make the cake, she used four packs of Coles double spongecakes, two packets of Cottee’s vanilla pudding mix, two 600mL tins of cream and lollies and berries from Woolworths. 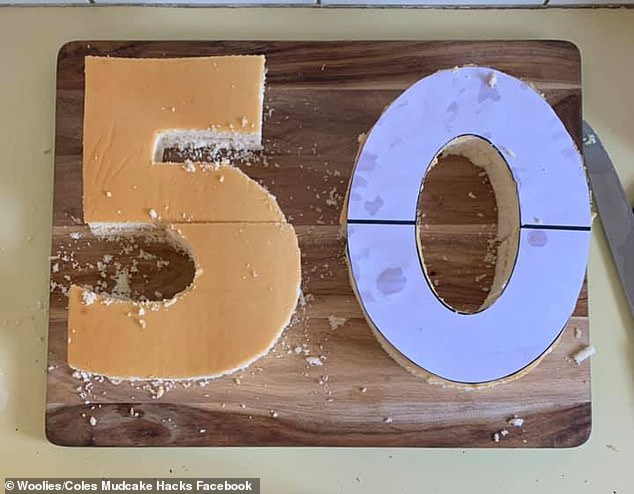 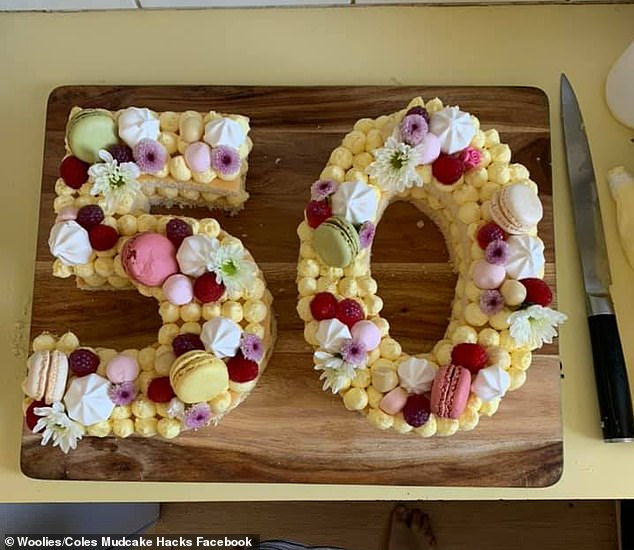 The no-bake cake looked stunning and was topped with buttercream, berries, edible flowers, macaroons and meringues

The accurate shape of the ’50’ was carved out by placing a template on top of the spongecake and using a sharp knife.

A middle layer of icing was also carefully piped once the number had been cut.

‘I’d love any suggestions on an alternative filling/icing as the pudding is very yellow and also quite aerated, so didn’t have the super smooth look I was hoping for,’ Taire wrote.

Similar numerical cakes online made by professionals have a minimum price tag of $100.

The cake itself would’ve been simple and quick to make considering no baking was required. 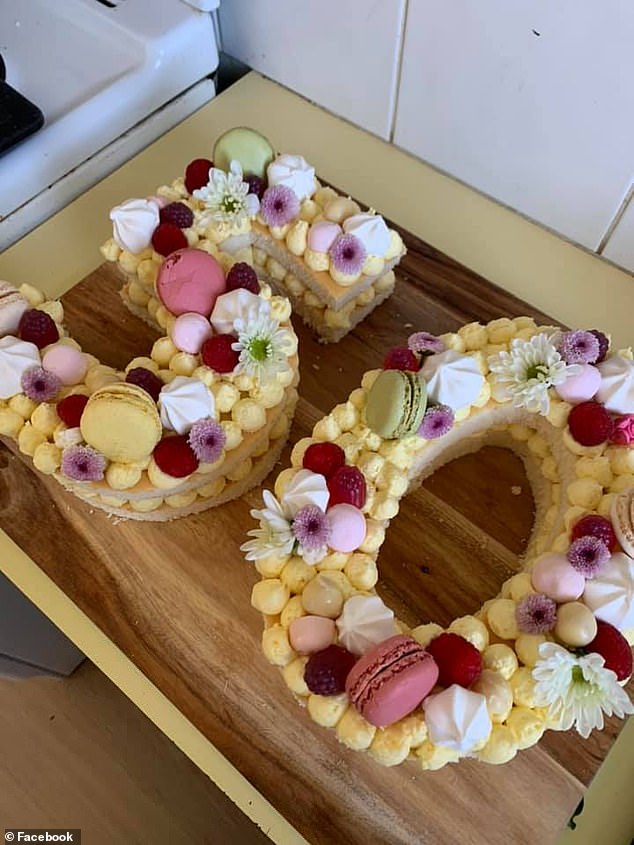 The social media post quickly received praise from hundreds of others part of the online community, with many labelling the cake as ‘beautiful’ and ‘amazing’.

‘I would be very happy if someone made me that! Yum!’ one wrote.

‘Looks good. If you use more cream with the pudding mix, it’s a lighter colour,’ another recommended.

‘I make a quick and easy swiss meringue buttercream for mine. No real egg whites required, no cooking required,’ another said.

Is Voyager Token worth buying? Investing in lending 2021

NCAA seeks clarity on law governing athletesThere is no real debate among lawmakers on Capitol Hill...