A thrifty Australian mum has revealed how she makes dinner for two for just $10 – and it means less time in the supermarket.

The mum went shopping with her daughter, Elly, after one of her 200,000 followers asked her to do a $10 food challenge, before whipping up a tasty meal. 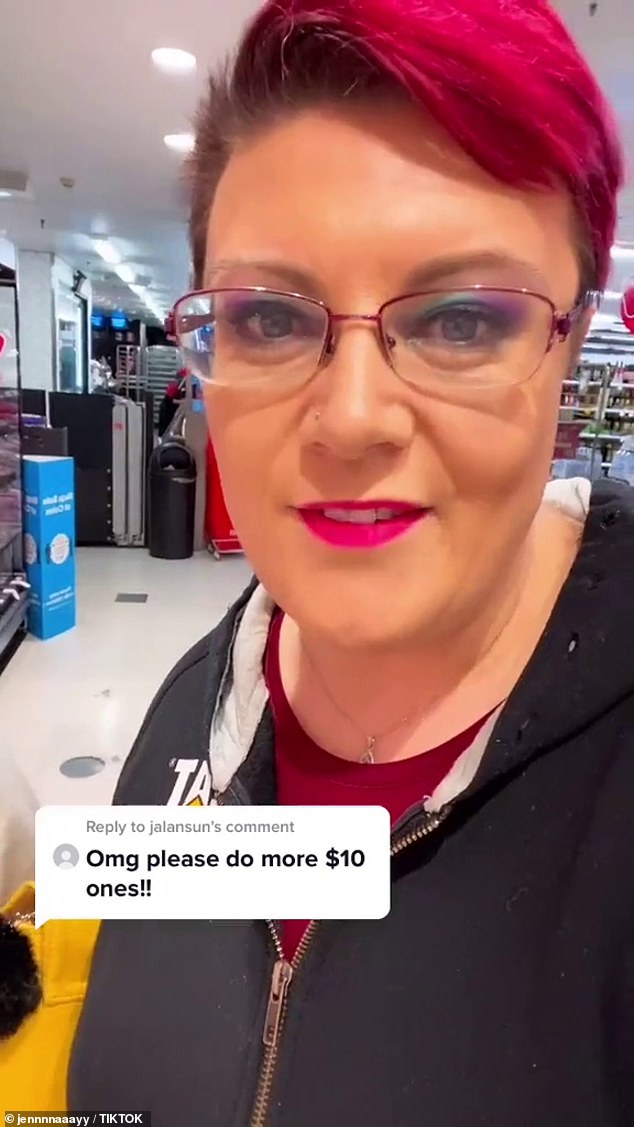 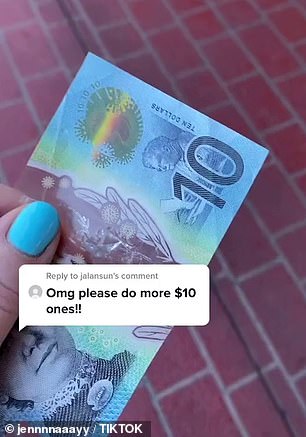 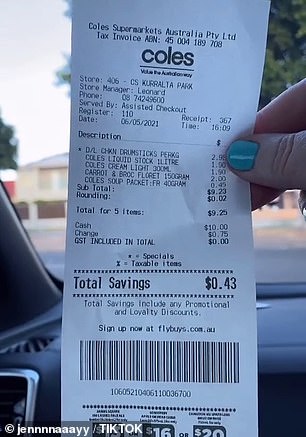 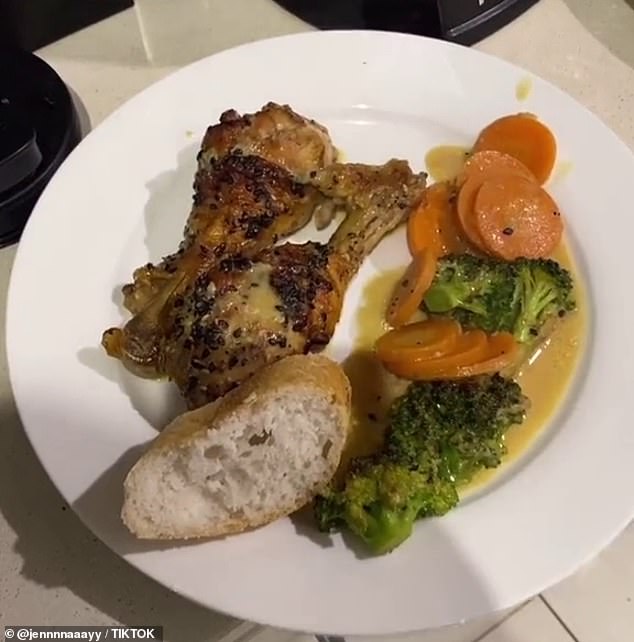 The mum filmed herself flashing a bright blue ten-dollar note as she entered the supermarket.

She immediately headed to the deli section to start her shopping trip.

There, she found chicken pieces on sale for $3.50 per kilo.

‘So this got us six drumsticks for under three bucks,’ she said.

Could you make dinner for two for $10?

She then headed to the produce department where she found a bag of broccoli and carrots for just $2.

Jenay then moves on to the spice aisle where she finds a French onion soup packet for 45cents and a litre of stock for $1.90.

Her final stop is at the dairy department where she buys a bottle of light thickened cream for $1.90.

The mum heads to the self-service checkout where she celebrates her success after the total came to just $9.23. 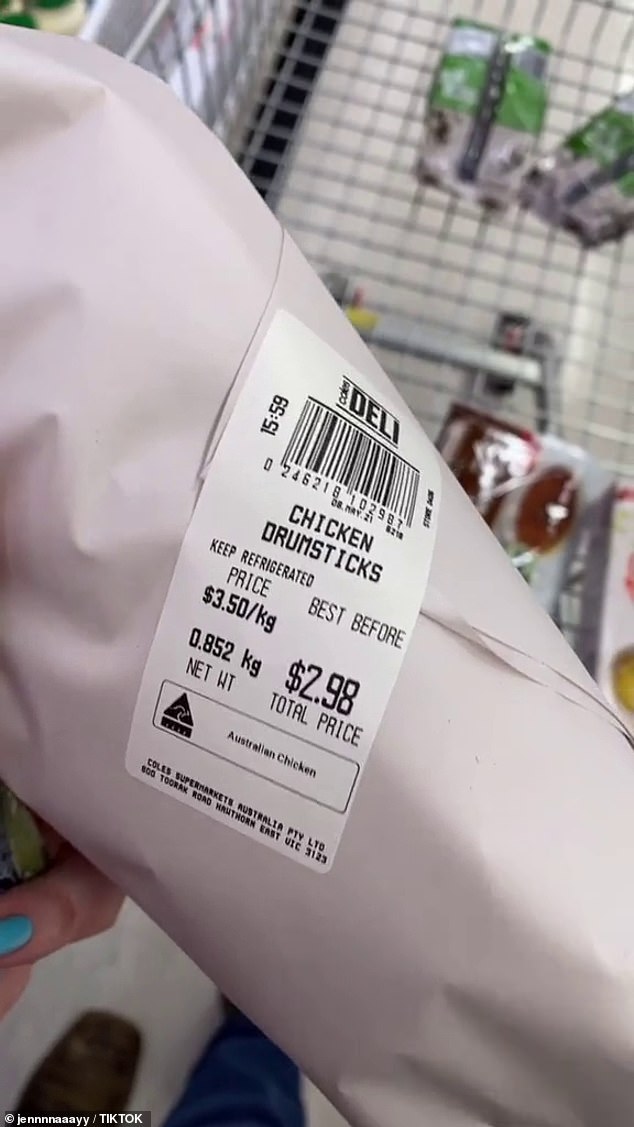 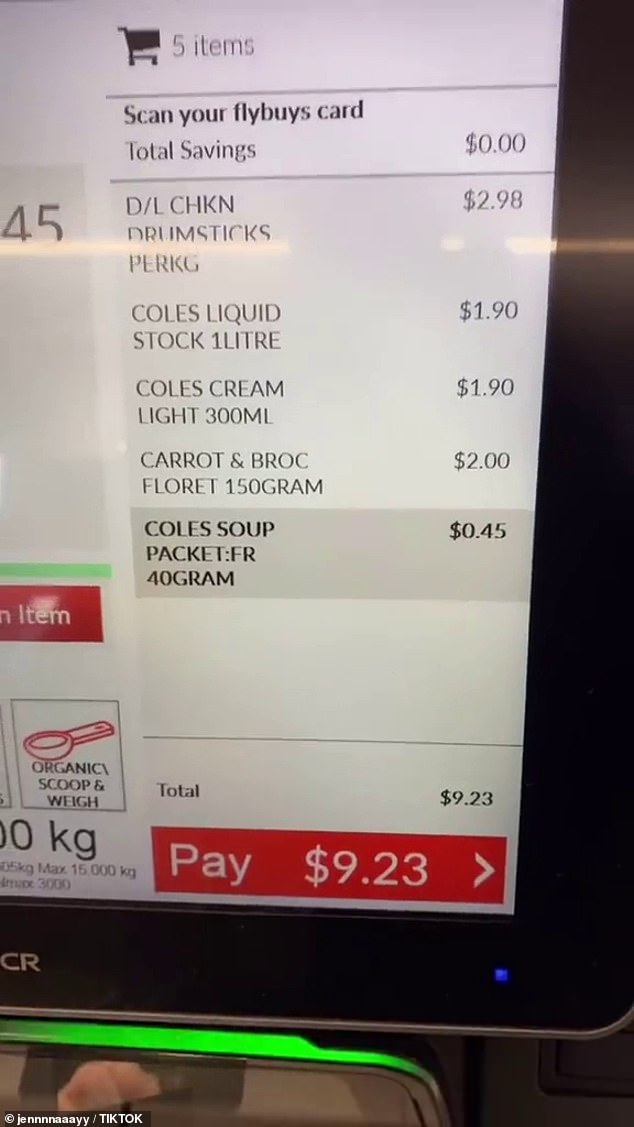 ‘Here is the proof,’ she said flashing the receipt after giving the cashier machine her $10 note.

And her fans were impressed.

‘I am far too invested in this,’ one fan said.

‘Yum, can you do a vegetarian version,’ said another.

‘Thankyou legend, I am a first year apprentice and being able to cook food like this and have leftovers for work helps so much,’ one man added.

Some of the mum’s fans added their own tips.

‘Got to a supermarket deli the night before they close for a day. We mark everything down by 60%,’ one worker said. 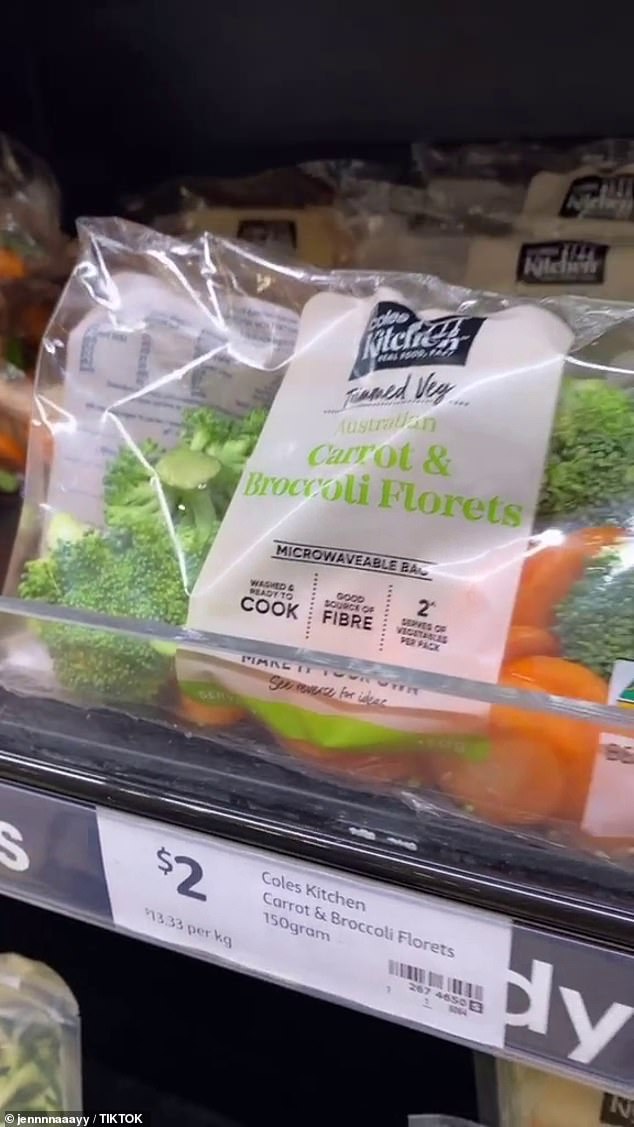 She bought pre-chopped vegetables for $2 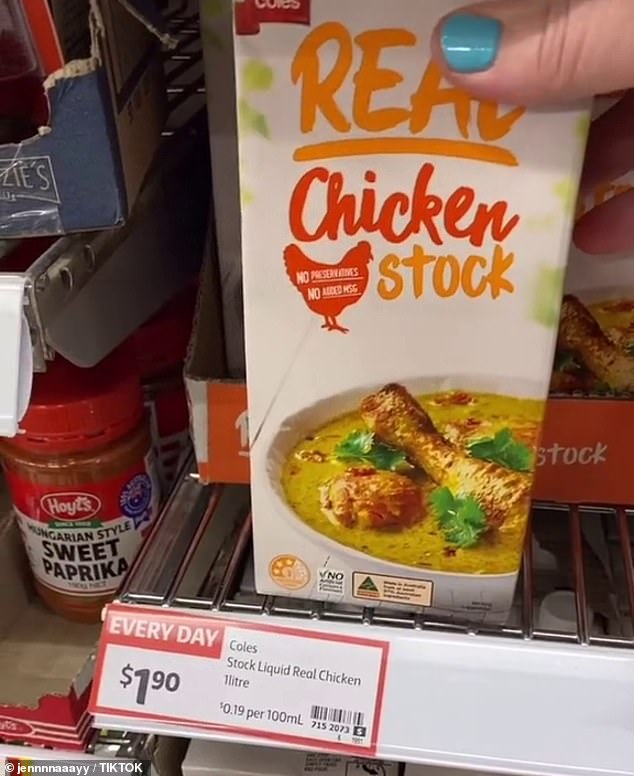 The mum videoed herself making the meal too – to the delight of her fans.

She covered the drumsticks in bagel seasoning and fried them in a pan.

She then mixed the dip with the chicken stock and put in a baking dish with the lightly seared drumsticks.

The dish went into the oven and came out 30 minutes later. 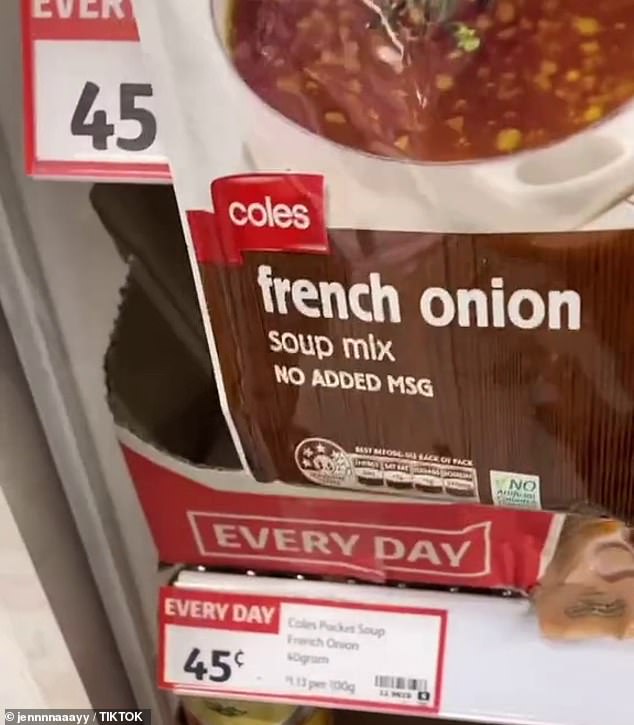 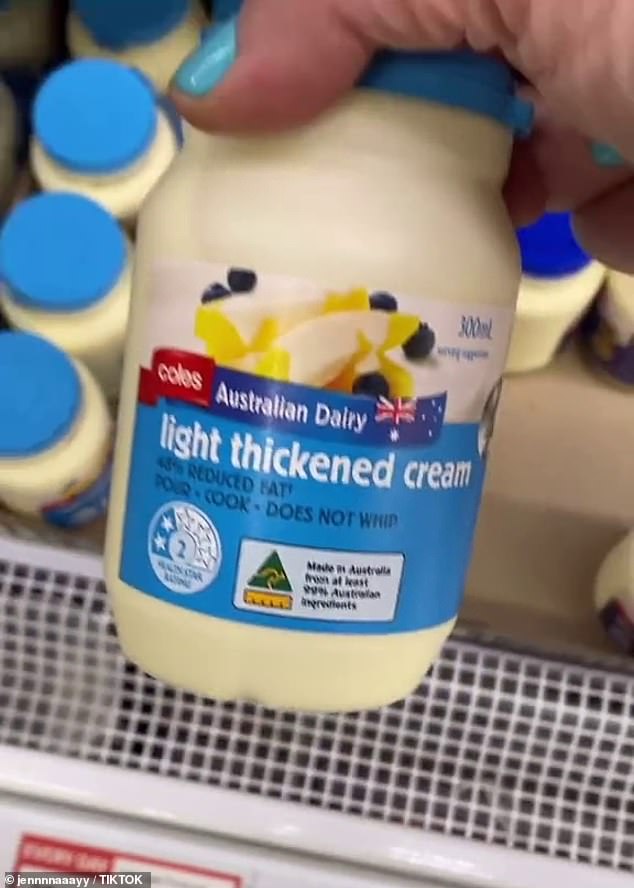 The cream was added to the shopping basket last

She then added the cream and the vegetables which cooked for a further 15 minutes.

‘I don’t like drumsticks but this looks really good,’ one woman wrote.

‘I hate cooking but have made two of your recipes because you make it look so easy,’ another said.

The mother and daughter are on holiday in Adelaide – making the challenge more difficult because they have limited pantry items.

Covid and pregnancy - should you get the vaccine?

'They have guns but we have people': Inside Myanmar's Spring Revolution

Rogozin: Turkey has all the ingredients to implement its space program

Having a poor diet may increase the risk of dangerous driving for truck drivers, a new...