Police have today arrested a man after the death of a woman in a leafy Cotswold village.

Officers say the woman, in her 40s, was found dead at an address in the picturesque village of Great Rissington, Gloucestershire, earlier today.

The woman’s death is currently being treated as unexplained, detectives say.

A Gloucestershire Police spokesperson said: ‘There will be ongoing police activity at the address due to an investigation which is taking place following the death of the woman.

‘Police were called by the ambulance service at around 11.35am today to the address, where a woman was found deceased. 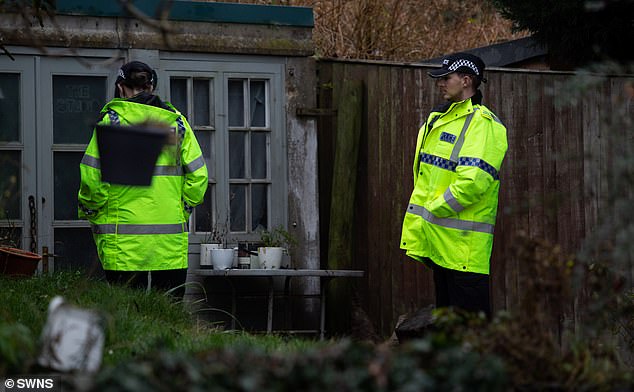 Officers say a woman, in her 40s, was found dead at the address in the picturesque village of Great Rissington, Gloucestershire, earlier today. Pictured: Police at the scene today

‘At this early stage of an investigation the death of the woman, who is aged in her 40s, is being treated as unexplained while inquiries take place.

‘Her next of kin are aware and the coroner has also been informed.

‘Police are likely to remain in the area for a number of days while the investigation continues.’

Police say a man in his 40s has been arrested in connection with the woman’s death. 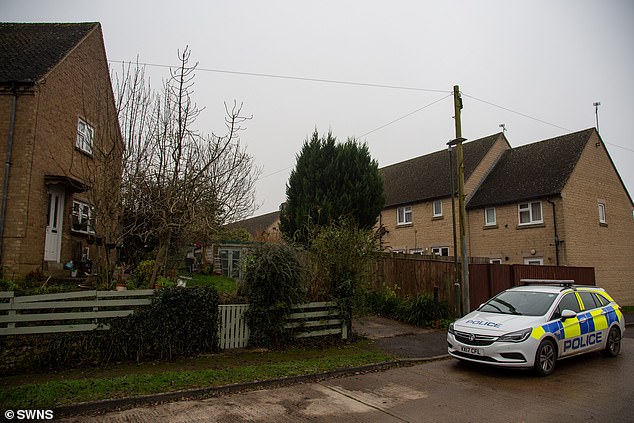 The woman’s death is currently being treated as unexplained, detectives say. Pictured: Police at the scene today

The force spokesperson added:  ‘With the ongoing police activity Gloucestershire Constabulary want to reassure the local community that there is no wider threat to the public in connection with this incident

‘You can call police on 101 or independent crime-fighting charity Crimestoppers anonymously on 0800 555 111.’

According to the village’s community website, Great Rissington is a ‘stunning village’  in the Cotswold with a population of 367 people.

The village has a church, a pub and a local cricket club. It was once home to Victor Ambrose Eyles, a British geologist and science historian who lived there for a brief period in the early 1960s.

Coronavirus lockdown England: 17m in Tiers 2 and 3 though cases fell

Opinion: Not all college football coaches like 'showy' off day for election but move sends right message

Filecoin Price Rallies More than 100% Within Hours of Mainnet Launch