Four members of the same Ohio family, including a five-year-old girl, were left dead after a suspected murder-suicide on Father’s Day, police have confirmed.

Nicholas Mavrakis, 47, his wife Lesley Mavrakis, 37, and their two children Ace, 13, and Pippa, five, all died from gunshot wounds.

The family were found in their home on Salerno St, Jackson Township, after police responded to a welfare check on Sunday afternoon.

The incident is being investigated as a domestic dispute that resulted in a triple homicide and suicide, police said on Monday. 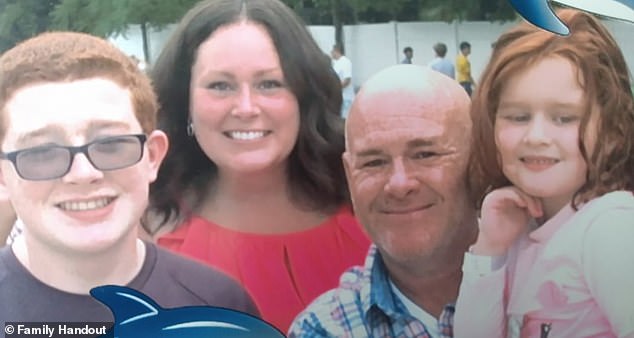 Nicholas Mavrakis, 47, his wife Lesley Mavrakis, 37, and their children Ace, 13, and five-year-old Pippa, all died from gunshot wounds after a suspected murder-suicide on Father’s Day

Police do not believe any other people were involved in the incident, the statement confirmed.

One of Lesley’s relatives reportedly called 911 after nobody answered the door at the house and she grew concerned, according to The Repository.

She told 911 dispatchers: ‘I don’t know what’s going on. I know her husband has like PTSD from the military and he’s been having problems.’

Mr Mavrakis is believed to have retired as a staff sergeant in July 2013 after serving 20 years in the US Army, according to the Department of Defense.

He was deployed to Afghanistan from January 2002 until July 2002 as well as serving in Iraq on two separate occasions in 2003 and 2007, records showed.

A neighbour, who moved to the area in 2016, said the military veteran suffered from post-traumatic stress disorder as a result of deployments in Iraq and Afghanistan. 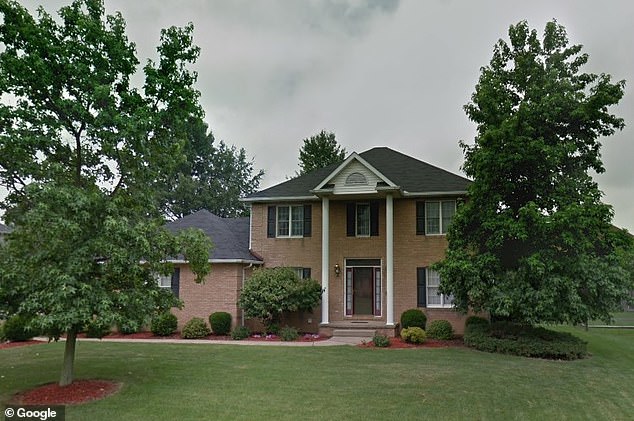 The family were found in the 6800 block (pictured) on Salerno St, Jackson Township, after police responded to a welfare check on Sunday afternoon

Tony Mavrakis, from Canton, Ohio, who said he was Nicholas’ brother, posted on Facebook claiming that PTSD had led him to kill his wife and children before committing suicide.

He wrote: ‘Yesterday on Father’s Day 2021, my brother, Nicholas Mavrakis, whom served with The U.S. Army 101st Airborne Division for 22 years, and suffered with PTSD as a result of this service, killed his wife and two children, then himself.

‘If you served with my brother and/or know someone that has, please help me notify his fellow service members of this tragic event.’

A police statement read: ‘On Sunday, June 20, 2021, at approximately 4.09pm, the Jackson Township Police Department was requested for a welfare check in the 6800 block of Salerno St, NW, Jackson Township.

‘Upon arrival officers located four deceased family members. This incident is being investigated as a domestic dispute that turned deadly.

‘At this time it is believed there are no other persons involved in this incident. 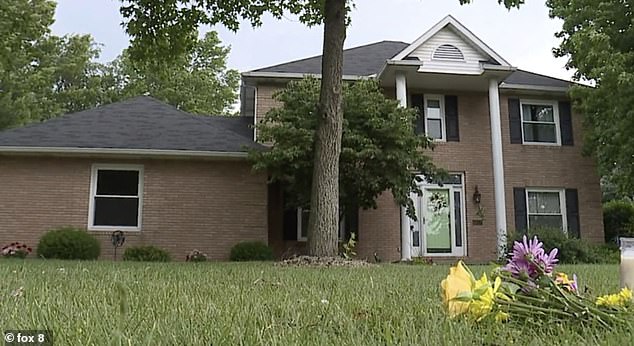 The incident is being investigated as a domestic dispute that resulted in a triple homicide and suicide, police said on Monday. Pictured: Flowers left at the property in Jackson Township

‘The Jackson Township Detective Bureau, along with the Coroner’s Office and Bureau of Criminal Investigation is investigating this as a triple homicide, suicide.

‘No other details of this incident will be released until notification of next of kin or additional information becomes available.’

While Jackson Local Schools Superintendent Chris DiLoreto said in a statement: ‘Our district grieves the loss of two young children.

‘Ace Mavrakis was well liked by faculty and staff at Jackson Memorial Middle School. He was a member of the Jackson High School ninth-grade football team.

‘Pippa Mavrakis was registered to start kindergarten at Strausser Elementary School in August.’

For confidential support, call the Samaritans on 116123, or go to www.samaritans.org