Fatih Tarim, the coach of the Galatasaray team, which includes the Egyptian international, Mustafa Mohamed, announced the starting lineup for the confrontation with his guest, Goztepe, which is scheduled to be held today, Sunday, in the seventh round of the Turkish League championship, at his stadium, “Turk Telecom Arena” in the sixth Evening Cairo time.

Mustafa Muhammad was on the bench of the Galatasaray bench in today’s confrontation, and the basic formation was as follows.. 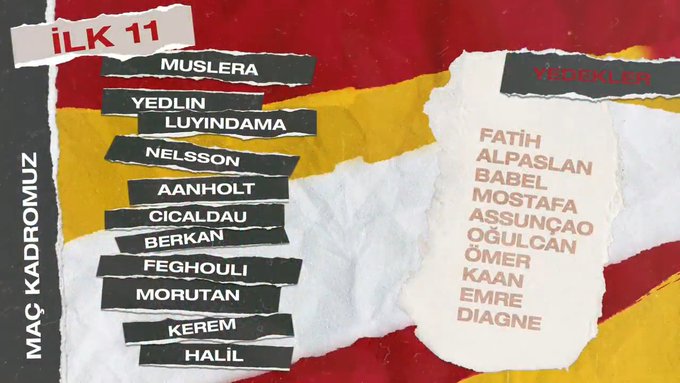 Galatasaray team occupies the twelfth place in the Turkish Premier League table with 8 points collected from winning two matches, a draw and a loss in the same, scoring 8 goals and receiving 9 so far..

In the last confrontation, Galatasaray fell 3-0 to its host Kayserispor at Kayseri Ataturk Stadium in the sixth round of the Turkish Super League for the current season 2021/2022..

The match witnessed the presence of the Egyptian international, Mostafa Mohamed, in the match from the beginning to the end, as Fateh Tarim, the coach of the team, was instrumental in forming the team..

While the guests, Goztepe, is in the fifteenth place in the Turkish League standings with only 5 points collected from 6 matches, where it won one match, drew in two and lost 3 full matches.

Fatih Tritem, the technical director of the Galatasaray team, seeks to win, taking advantage of the ground and the public, to restore the tone of victories and to improve the position of the late team for the possibility of competing early for the Turkish League title or the golden square from the beginning.

Meanwhile, Goztepe’s team seeks to surprise and try to snatch at least one or three points from the hosts to improve their position and escape from the bottom of the standings.