My eyes are two caves, and time is a sculptor.. a 100-year-old look at the oldest man in Sharqia.. Today’s picture


The “Seventh Day” lens captured today’s picture of the pilgrim “Abdul Rahman Hamad Mansour”, 100 years old, born in 1922. He is the oldest person in the Eastern Province, and a resident of Al-Hussainiya Center, who married 3 times and had 14 sons and daughters, 12 of whom died and he has two daughters, and despite his old age, he is still He is keen to do the farming and take care of his land.

Abdel Rahman Hamad Mansour experienced the period of German raids on El Alamein, and he was wounded by shrapnel and was treated in Port Said Hospital for 5 months, and the shrapnel caused him a movement disability in the right leg throughout his life. The tripartite aggression against Egypt exposed my house to a fire, and I migrated from it to the Sharqiya, and I settled there and worked as a guard in a company until he reached the age of retirement, and his first salary was 4 and a half pounds. 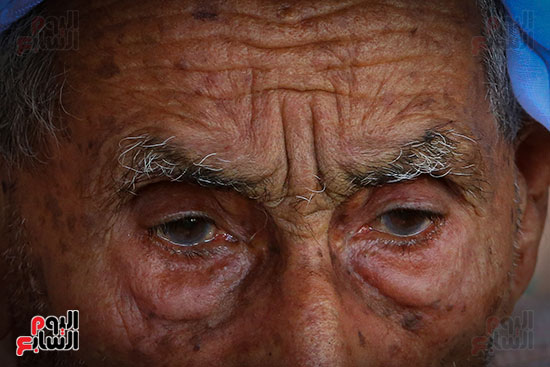