Myanmar military has Facebook page taken down after deadly protests 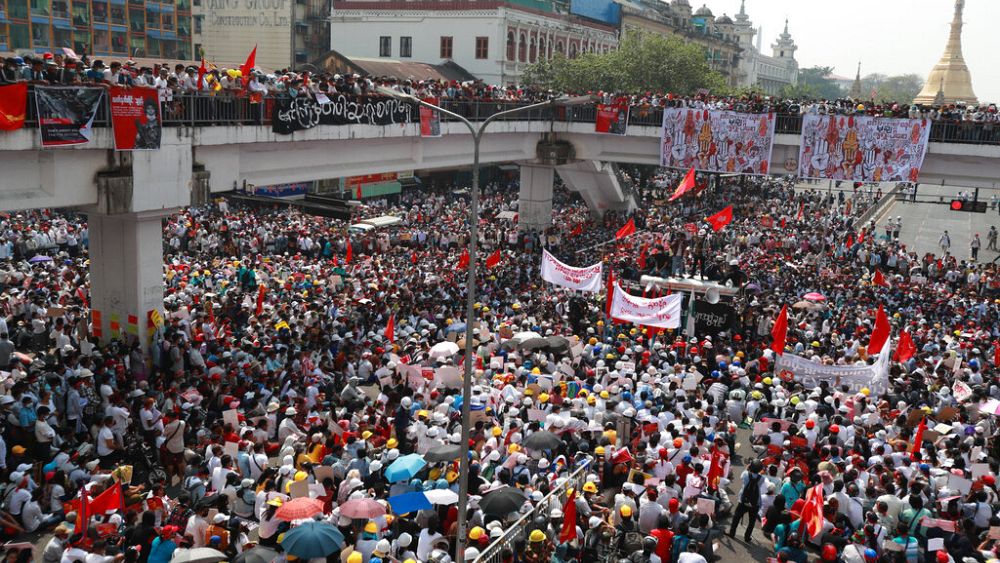 Facebook has removed Myanmar”s military page from its platform after two more protestors were killed in a deadly weekend of anti-coup demonstrations.

The military’s main page on Facebook was taken down on Sunday under the platform’s policy against inciting violence, the social network said.

Myanmar’s military had been using the Tatmadaw True News Information Team Page to provide information to citizens about the coup and their latest measures.

“In line with our global policies, we’ve removed the page from Facebook for repeated violations of our Community Standards prohibiting incitement of violence and coordinating harm,” a Facebook spokesperson told Euronews.

Tensions in the country were heightened further after two protesters were killed in the city of Mandalay after police open fired at a demonstration on Saturday.

Last week, a 20-year-old woman was the first demonstrator to lose her life after being shot in the head by police in the capital, Naypyidaw.

Human rights organisations estimate that 640 people have been arrested, charged, or sentenced in Myanmar since the military seized power on February 1.

The UK, US, and Canada have previously slapped sanctions on Myanmar’s military after the country’s parliament was prevented from convening.

On Monday, European Union foreign ministers also drew up a series of restrictive measures to target those responsible for the coup.

The EU has condemned the military seizure of power “in the strongest terms” and has expressed its support for the country’s citizens.

“We have applied sanctions targeting the military responsible for the coup and their economic interests,” said Josep Borrell, the EU’s foreign affairs chief.

“All direct financial support from our development systems to the government’s reform programs is withheld,” he said at a press conference.

The European Union has called for a de-escalation of the crisis in Myanmar, urging the military to end the state of emergency and restore the “legitimate civilian government” under Aung San Suu Kyi. Borrell reiterated that the EU’s sanctions on Myanmar should not affect the country’s population.

“We will continue to support civil society and provide basic services to the people of Myanmar,” he said.

The bloc had earlier stated that they will continue to review their policy tools on development cooperation and trade as the situation evolves in Myanmar.