Mystery aircraft is pictured flying over the Philippines ‘could be U.S. stealth drone’

Local landscape photographer Michael Fugnit captured the craft on Thursday when he was attempting to take pictures of the sunrise by the coast of Santa Magdalena, a resort town 364 miles south of Manila.

Fugnit regularly watches the skies for planes, and quickly realized that the batwing-shaped flyer was unlike any commercial or military aircraft he’d ever seen before.

The oddly shaped aircraft appears to match rumored designs of the secret US Air Force RQ-180 stealth drone, an unmanned aircraft that the US is developing for missions around the world, according to Tyler Rogoway of The Drive.

The Air Force has never officially acknowledged the existence of the Northrop Grumman-made RQ-180.

The drone is reportedly dubbed the ‘Great White Bat’ – or sometimes ‘Shikaka’, a reference to white bat featured in the movie Ace Ventura 2 – among personnel at Edwards Air Force Base, where it is rumored to be based.

A ‘white bat’ symbol has also emerged as the badge for the 74th Reconnaissance Squadron, the unit thought to be training to take command of the RQ-180.

The US has said little else about the drone, designed to avoid detection by adversaries. 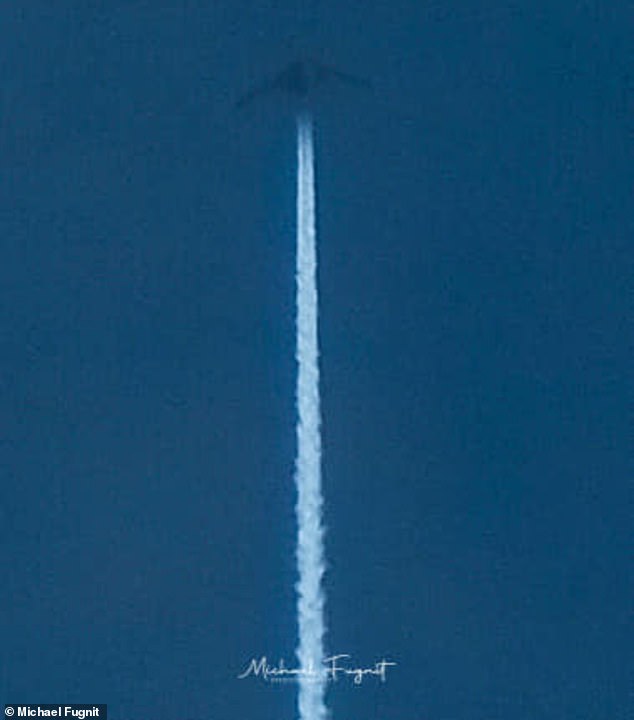 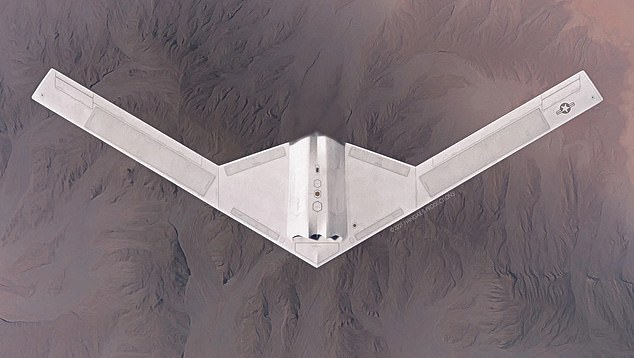 The Air Force has never officially acknowledged the existence of the Northrop Grumman-made RQ-180, but this artistic rendering shows what it might look like based on rare sightings 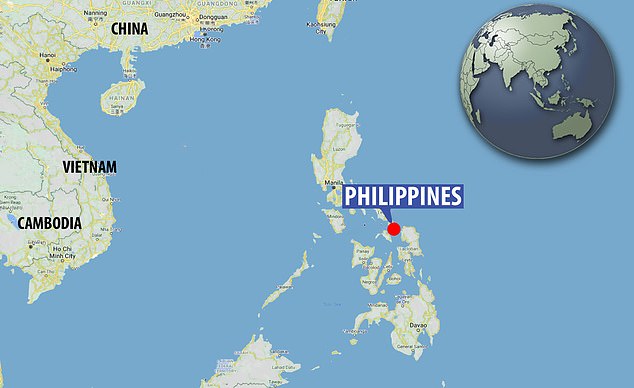 Santa Magdalena is a resort town 364 miles south of Manila. An expert says it makes sense for the secretive US RQ-180 drone to be there amid tensions between the US and China

The RQ-180 is reportedly similar in shape to the Northrop-designed B-2 stealth bomber. The unmanned aircraft is, however, considerably smaller than the manned bomber.

It’s also said to feature design improvements that Northrop is including on the B-21 bomber, which the company is currently building for the Air Force, Forbes’ David Axe reported.

Although the drone has never been pictured up close, some artists including HangerB Productions have produced renderings based on rare sightings of it.

It is not the first time someone has claimed to spot the the elusive RQ-180.

A craft matching the description of the bat-wing RQ-180 was pictured soaring over Edwards Air Force Base sometime in early October 2020 by photographer Rob Kolinsky, who briefly posted the image to Instagram.

‘This thing flew over my house several weeks ago and I still have yet to identify it!’ Kolinsky said in a since-deleted post. ‘It’s shaped like a B-21 … but was painted white. Mystery!’

He added: ‘I was not going to post it but I thought that if it were really classified, they wouldn’t be flying it in broad daylight like this’.

The RQ-180 reportedly first took flight back in 2010, and is believed to be the potential successor to the Lockheed SR-71 Blackbird, a long-range, high-altitude manned reconnaissance craft which was retired by USAF in 1998.

Air Force surveillance chief Lt. Gen. Bob Otto said the RQ-180 would give the Pentagon ‘better access to contested airspace’ at an aerospace industry event in 2014, according to Air Force magazine. 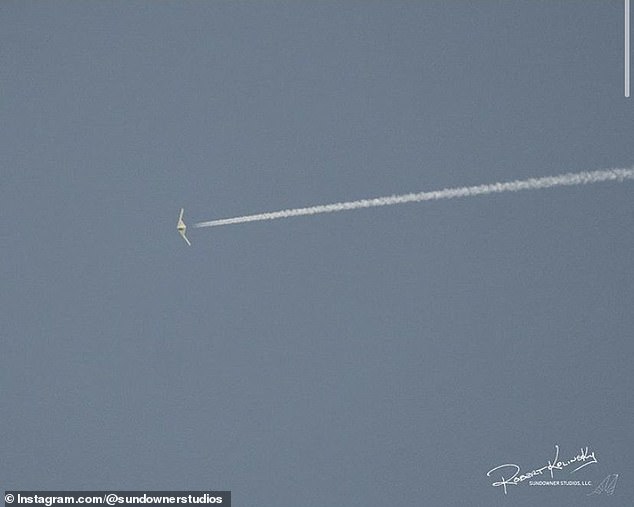 Rogoway, who reports on military tech, said there was no evidence that Fugnit’s photo was forged, and that it would make sense for it to be spotted in Eastern Asia as the RQ-180 is being designed amid worsening tensions between the US and China.

Former President Donald Trump accused China of engaging in unfair trading practices and slapped tariffs, or taxes, on goods coming into the US from the communist country, which set of what many called a trade war.

More recently, Vice President Kamala Harris visited Vietnam, the first sitting vice president to do so since the Vietnam War, in a show of support as China lays claim to vast portions of the South China Sea, part of which Vietnam also claims for itself.

Rogoway added that because the aircraft is believed to be housed in the Area 51 Nevada airbase and Edward Air Force Base in California, it would stand to reason that the aircraft would be spotted in the Pacific as it’s expected to be used in extremely long-duration missions. 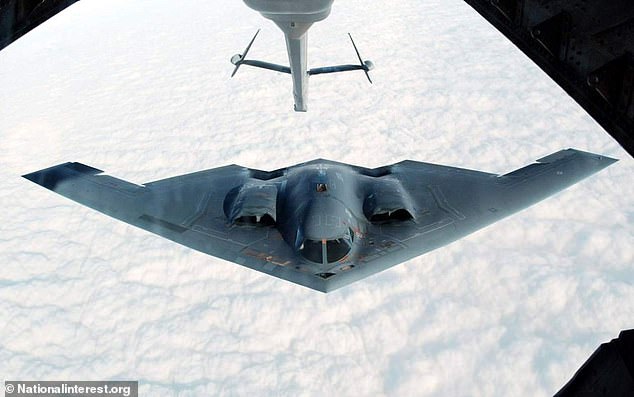 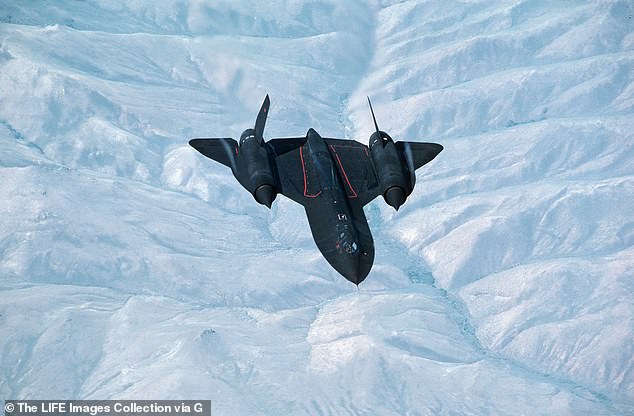 The stealth drone is meant to replace the Lockheed SR-71 reconnaissance aircraft, seen above

Aviation Week were the first to break the news of the drone’s alleged development in 2013. Six years later, in 2019, the magazine followed up with an in-depth feature that claimed at least seven RQ-180s had been developed.

‘There is a growing body of evidence that the stealthy vehicle is now fully operational with the U.S. Air Force in a penetrating intelligence, surveillance and reconnaissance role,’ the article read at the time.

The US has also conducted various air craft tests over the Pacific Ocean through the Andersen Air Force Base in Guam.

That base is believed to be too public to house such a secret project, although a US-operated facility on the remote Indian Ocean island of Diego Garcia has also been mooted as a possible base for the RQ-180.

While evidence suggests that the mystery craft spotted in the Pacific is the RQ-180 out for a test flight, Rogoway noted that it could also have been a drone from China.

The Chinese government have been developing its own set of secret stealth drones for years that could look similar to the RQ-180, Rogoway said. 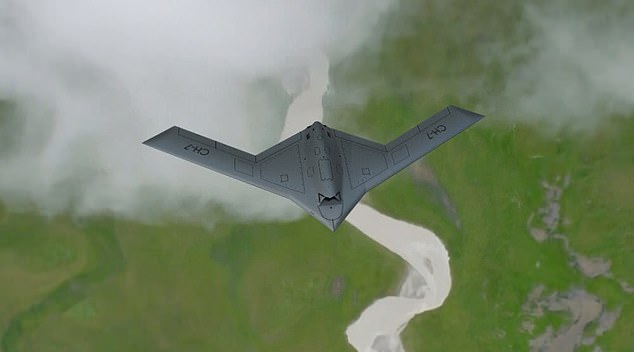 It is billed as a ‘high altitude, high speed, invisible and long range’ strike drone and is said to be able to carry out ‘continuous scouting and attacking missions in risky environments’.

The Philippine Sea and other nearby seas are among the most highly surveilled geographical areas in the world, with the U.S. and China heavily monitoring the area, according to the South China Sea Strategic Situation Probing Initiative.

Hoops Heist: Seattle, the Sonics, and How a Stolen Team's Legacy Gave Rise to the NBA's Secret Empire