Millionaires in Melbourne‘s Port Phillip Bay are living under the cloud of suspicion after a mystery vandal poisoned trees to improve waterfront views .

For wealthy Beach Road residents in Hampton – just south of Melbourne’s CBD – the stench of accusation is not unfamiliar.

Signs warning of the costly consequences of illegally clearing trees from the area have lined the busy strip leading into Sandringham for years. 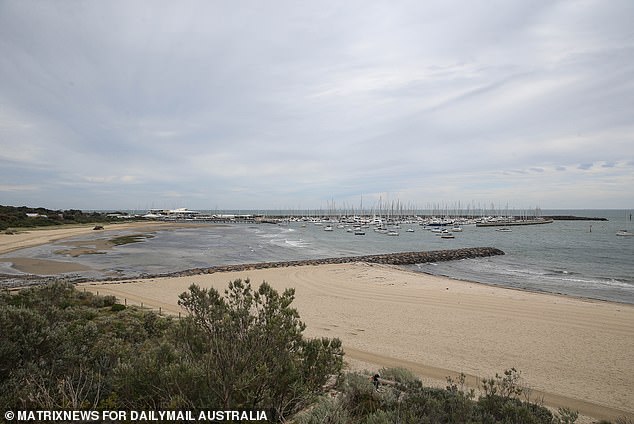 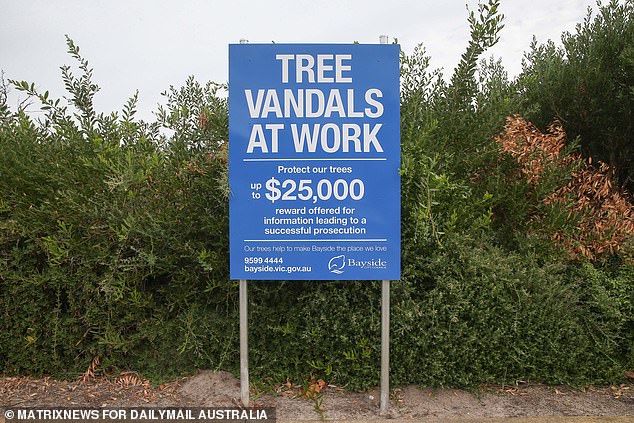 Signs line the strip warning people not to destroy the trees 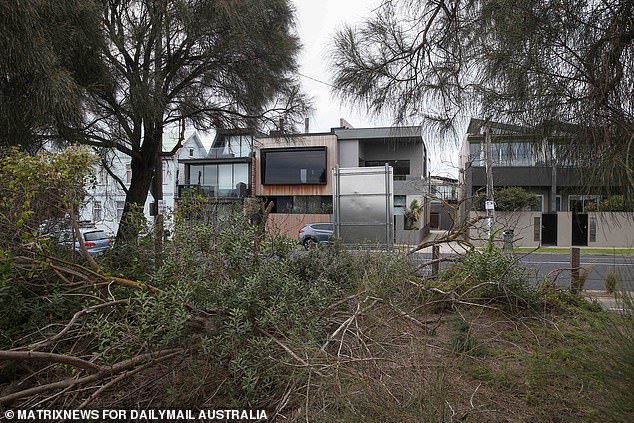 Homes lining the desecrated land all enjoy balconies that can largely see over the scrubland. It is not suggested the houses despictede are responsible for the clearing

Beyond the bush lies tranquil views of Sandringham harbour, with the You Yangs mountain range visible all the way across the bay.

Bayside Council, which has waged a long war with the vandals, has promised to bring them to justice amid fears their eco-destruction has gone a step too far.

‘This site has been subject to ongoing vegetation destruction over the years and now due to the severe extent of this vandalism event, council is undertaking soil testing to determine the type and origin of herbicide used to assist council with ongoing investigations,’ he said via a statement.

The council, which presides over most of Melbourne’s wealthiest and prettiest suburbs, maintains the bushland lining Beach Road provides vital habitat for small native birds and reptiles and assists in cliff stabilisation in an area prone to erosion.

Large signs have again been placed strategically along the road in areas where trees have been recently poisoned.

Residents directly opposite the kill zones are presented with daily warnings that they face a $25,000 fine if caught participating in the vandalism.

On Tuesday, Daily Mail Australia spoke to several residents living in the homes.

Many had lived there for more than a decade. 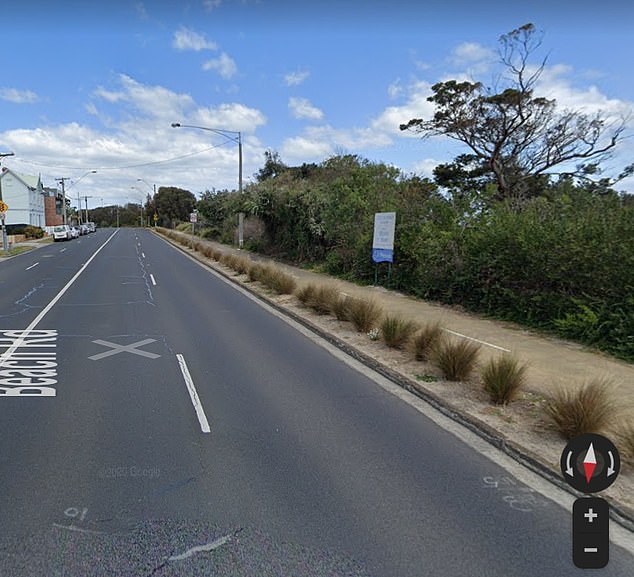 Before: An image from Google maps taken in 2019 shows a large tree to the rear of screen close to the road 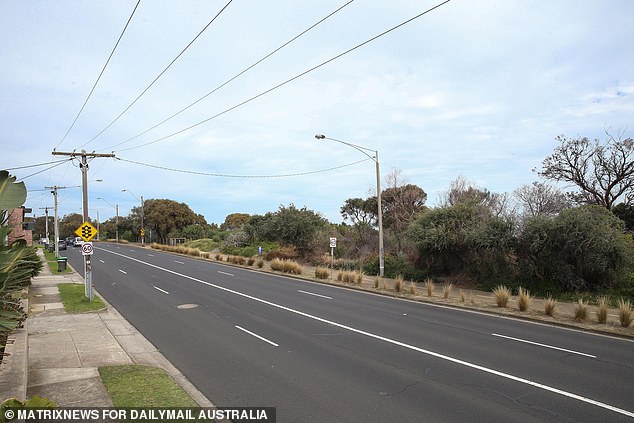 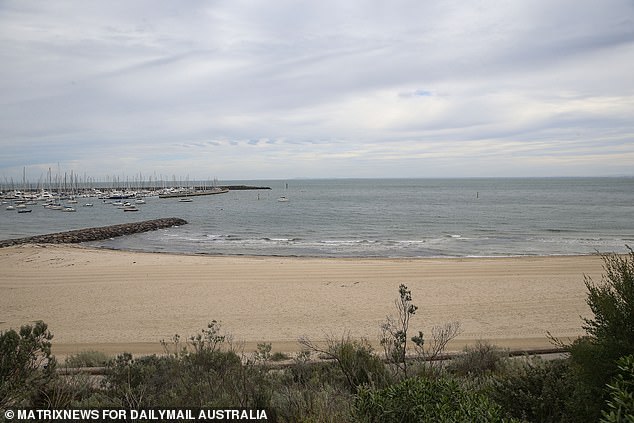 ‘Why do you think we built so high?’ one resident, who wished to remain anonymous, said.

‘We can see right over the bush.’

His neighbours were all in the same boat, with some homes towering three storeys high with rooftop dining areas.

‘It’s a pity,’ a neighbour, who also wished to remain anonymous, said.

‘Some people build new houses here, and it’s a nice amenity to have trees. They provide shade.’

A man who emerged from one of the newer homes seemed to have no idea what the controversy was about.

He hadn’t even noticed the signs outside his property, he claimed.

Residents agreed the landscape across the road from their properties had changed dramatically over the years.

‘It’s been through changes. 12 years ago you had far better views. You could actually see the yacht club so it changes from year to year,’ one man said.

‘Trees die, there is new growth.’ 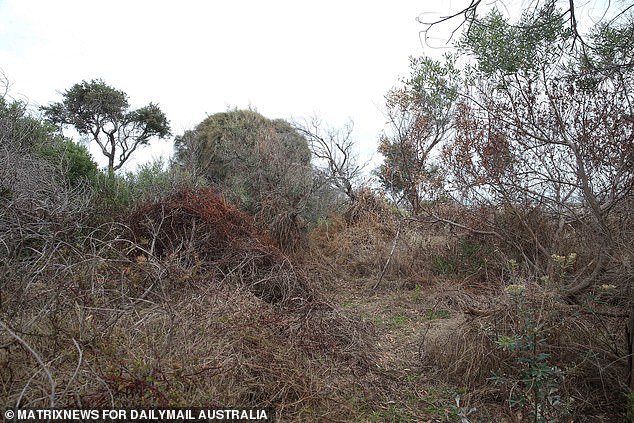 The telltale signs of poison. Dozens of trees have been killed in recent times 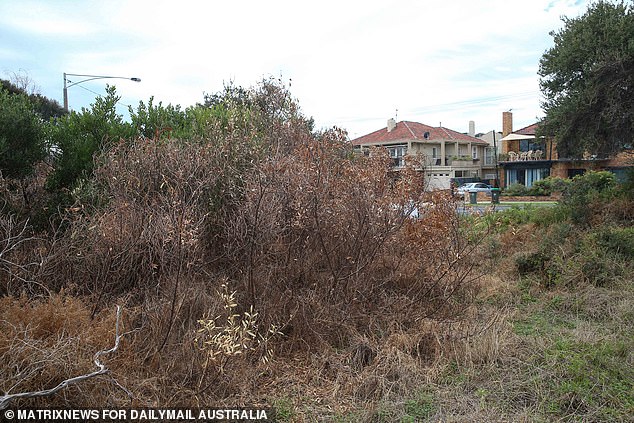 Another man down the street, who like his neighbours asked to remain nameless, said it was a shame the bay views could not be seen from ground level.

‘They should be enjoyed by everyone,’ he said.

The long-time resident said the council had been hellbent on ensuring the bushland remained.

Mr McSwain did not disagree.

‘The destruction of this vegetation may lead to increased erosion impacts at this site,’ he told Daily Mail Australia.

‘We will continue to monitor this area and revegetation will be undertaken at a later date.’

Beyond the scrub, along a dirt track, Hampton residents point their fingers at homes and suggest candidates for the vandalism.

‘You should have seen what it used to look like here,’ one local said.

The woman pointed at a solitary tree, blocking the view of a new home going up in the area.

‘That’ll be the next one to go. They ought put up bigger signs. The size of a tree,’ she said.

It is believed the area has been poisoned with a type of herbicide over many months.

The trees have had holes drilled in their trunks with the poison put inside which is causing dieback – a type of water mould to grow (similar to fungus).

Several trees have been cut at the base of the trunks and branches have been pruned off the tops of trees.

Previous vandalism records for this area go back to 2012.

The area is located in an area of Aboriginal Cultural Heritage Sensitivity.

Offences for poison and damage to vegetation in this area can attract a maximum fine of $198,000 under the Planning and Environment Act 1987 if found guilty in the magistrates’ court.

The council encourages anyone who may have witnessed tree damage to contact Bayside City Council’s Investigation team on 9599 4681.

Edinburgh's International Festival to be outdoors with shorter shows