Nagelsmann: Bayern’s victory over Leipzig is not surprising, and Barcelona without Messi is different 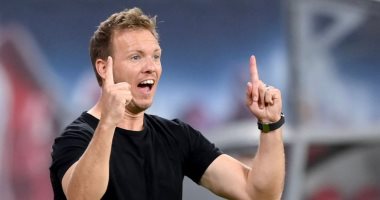 Bayern Munich coach Julian Nagelsmann confirmed that this evening’s victory over Leipzig was not surprising for him, noting at the same time that the Bavarian is preparing before the match against Barcelona, ​​​​which is scheduled for next Tuesday, in the round of the group stage of the Champions League.

Bayern Munich won a new victory against its counterpart Leipzig 4-1, in the match that brought the two teams together today, Saturday, at the Red Bull Arena, in the fourth round of the German League competition.

“It was not surprising, it’s actually normal, it’s part of football,” Nagelsmann said, during his post-match remarks.

He added about Leroy Sane: “When he plays on the right he has only one solution, when he plays on the left side, he has a lot of options in his game and this suits him better as he showed during the training camp of the German national team.”

He continued: “I can’t say much about Barcelona without Messi. It’s a different team, with Messi the focus is a little more, but it’s still a match against Barcelona in Barcelona in a great stadium and it will be a big match.”

On the rest of Nicholas Zule, he commented: “We have different options in the team, we are thinking about Barcelona, ​​although the Leipzig match was important today, with Pavard and Lucas, we have two other players who have returned to play.”

The first goal came through Polish star Robert Lewandowski in the 12th minute from a penalty kick, the referee needed to resort to a technique VAR Before it was calculated, the first half ended with the Bavarian leading 1-0.

Bayern Munich entered the second half excited, scoring two consecutive goals through Jamal Musila in the 47th minute and Leroy Sane in the 54th minute, and Konrad Lemar reduced the difference for the hosts in the 58th minute.

In the 91st minute, Cameroonian substitute Chubu Moting scored the fourth goal for Bayern, ending the match with a 4-1 victory for the Bavarian.

Serge Gnabry, the Bayern Munich winger and the star of the team, left the match between the two halves of the match, due to his injury, but the “Sky Sports” network said that the player left the match as a precaution only.

With this result, Bayern Munich rises to the rank of the German League with 10 points, behind leaders Wolfsburg with 12 points, while Leipzig ranked 13th with 3 points.

Haaland, commenting on Borussia Dortmund’s difficult victory over Leverkusen: Praise be to God

Haaland, commenting on Borussia Dortmund's difficult victory over Leverkusen: Praise be to God