‘Get out of my house!’: Naked intruder breaks into Bel Air mansion and refuses owner’s order to leave – before ‘smiling like a serial killer’ and slaughtering family’s pet parakeets

A naked man broke into a Bel Air mansion and came face-to-face with the owner but refused to leave instead staying to try on his clothes, swim in his pool and killing the family’s pet parakeets.

Paul Kiyan, 34, was able to break into the home of Mat Sabz by using a remote control which he took from an unlocked car that was sitting in the driveway.

Kiyan was caught on home surveillance cameras as he entered the house and began to make his way up the stairs.

Sabz was only alerted to the uninvited visitor after his wife received an alert on her phone that someone was inside the home who shouldn’t be. 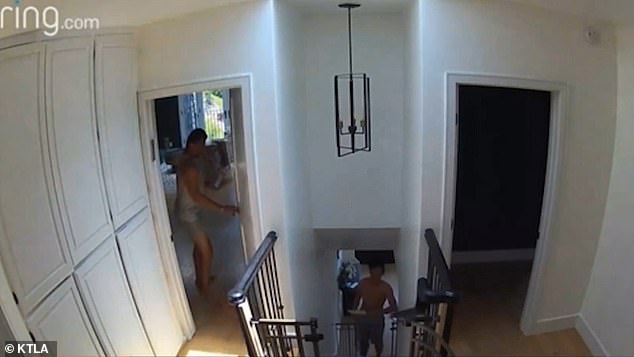 Mat Sabz, left,  was alerted to an intruder in his home thanks to a security system 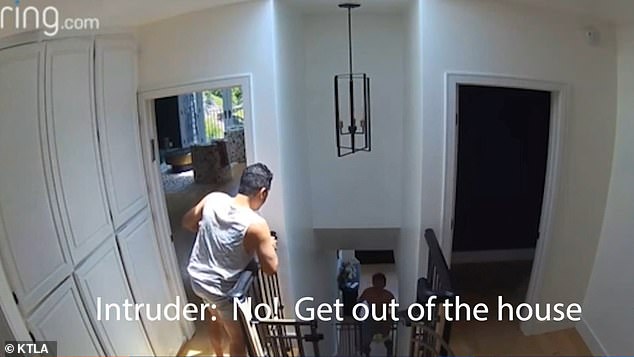 Sabz, left, came out of his room and saw Paul Kiyan, 34, coming up the stairs 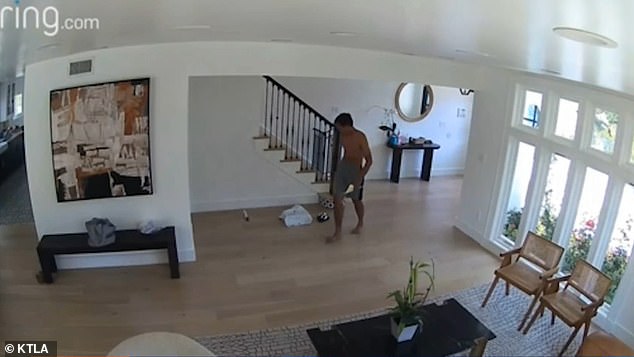 Sabz came out to confront the intruder but the man remained calm and went for a swim in the owner’s pool.

‘I see a man downstairs, eye to eye. Immediately I raised my voice and pointed at him saying “Hey what are you doing?”‘, Sabz told Fox 11.

But being confronted didn’t stop the burglar.

‘He didn’t leave. He looked at me and said “This is my house, what are you doing here?” and before I could say a word he said “I’m going to call the police”. And right away I realized that this is not a person that you want to engage with any further,’ Sabz explained. 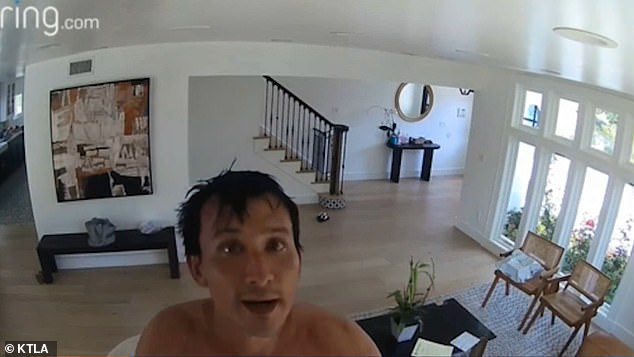 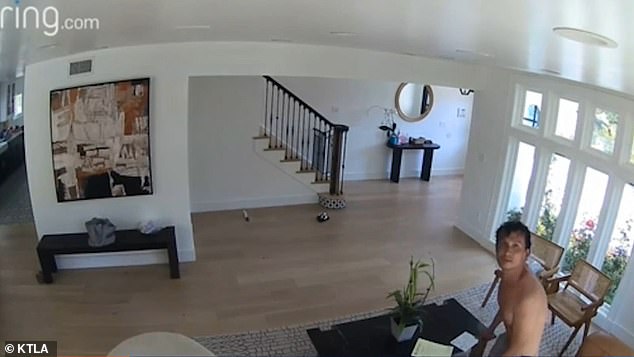 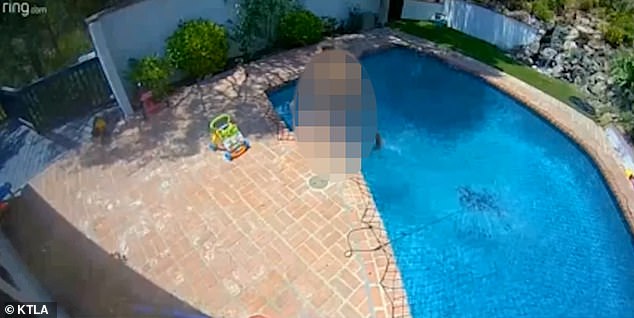 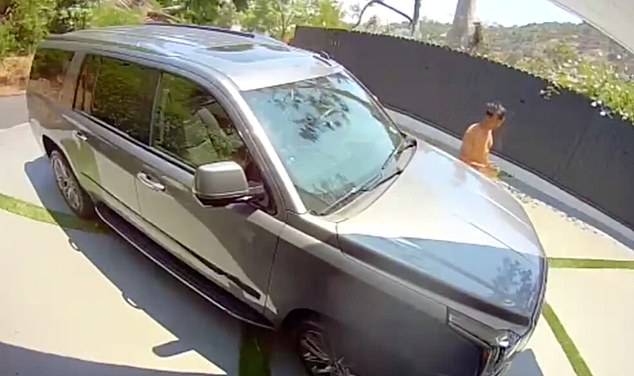 After waltzing around the Bel Air mansion in a pair of Sabz’s short, the unwelcome guest seemed to make himself at home and sat in a chair before he began looking at possessions that were dotted around the first floor of the home.

It was when he spotted two pet parakeets in a cage that things took a gruesome and cruel turn.

‘First he smiled at them like a serial killer. He put his hands near them, dropped them, and stomped on them. The other bird knew what was going on. You can hear the bird screaming and he did the same thing with the second bird. And that kind of changed everything when we saw that he killed these two defenseless animals,’ Sabz said. 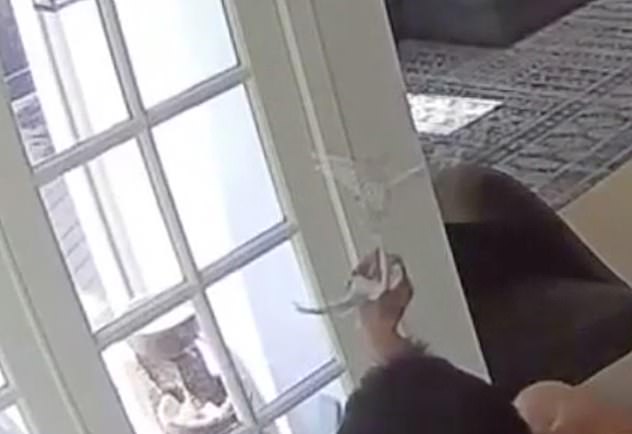 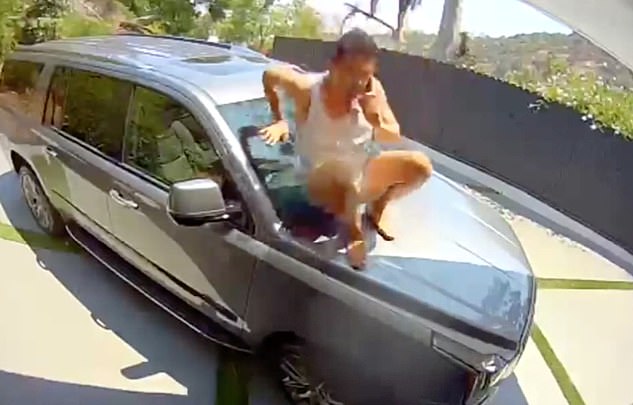 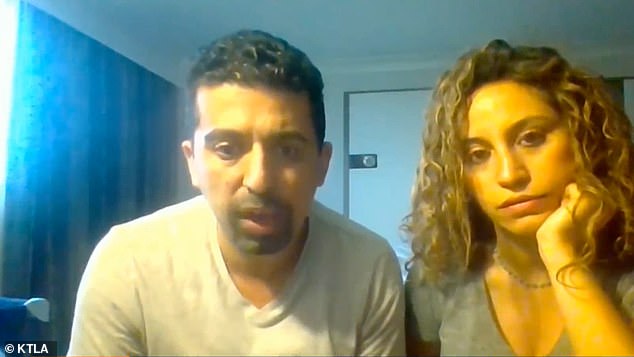 Sabz, left, said he grateful that only he was at home at the time of the invasion and that neither his wife, Monica, right, or children were present 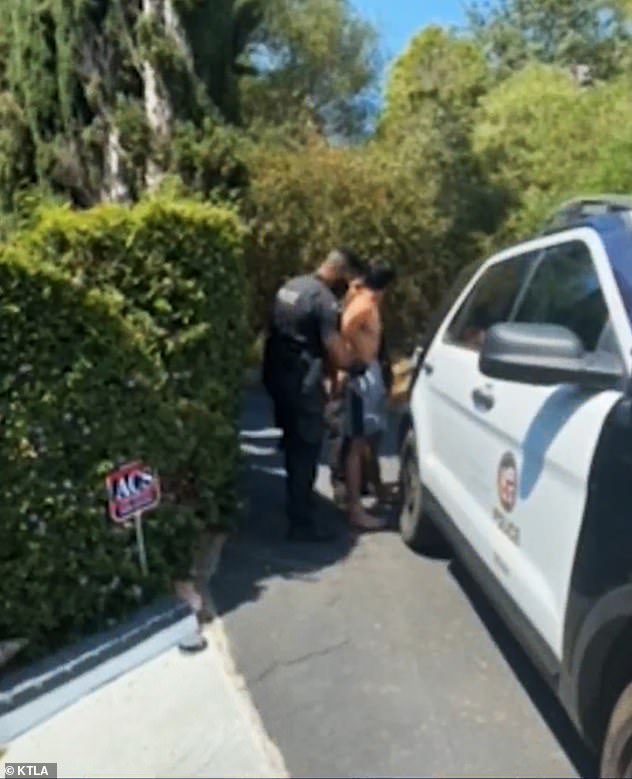 ‘You could say we dodged a bullet because who knew what this man could have done to my family if they were home?’ Sabz said. 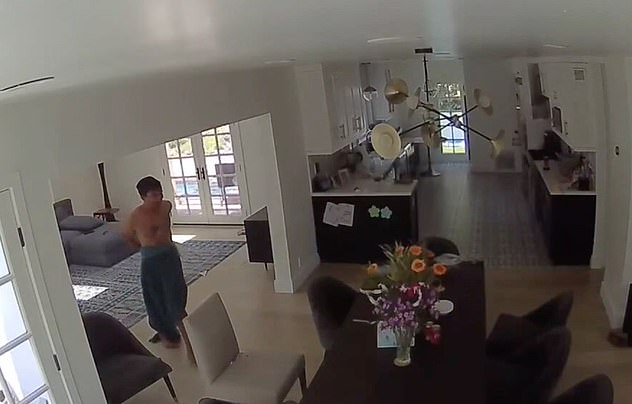 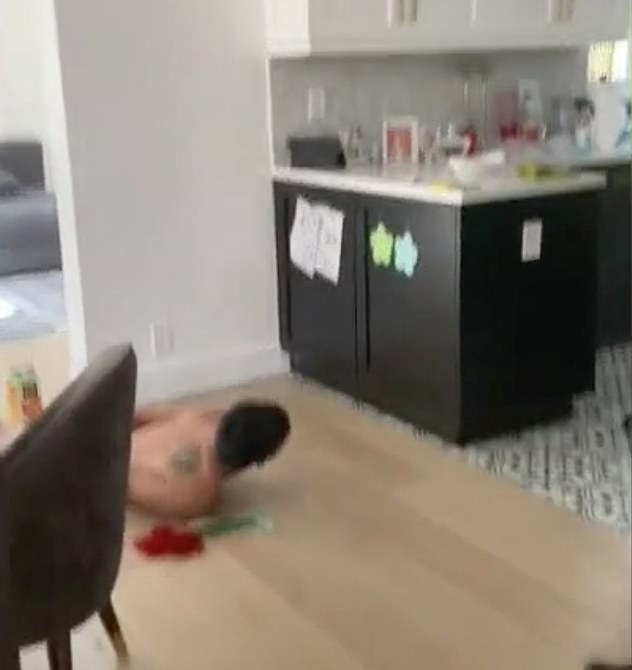 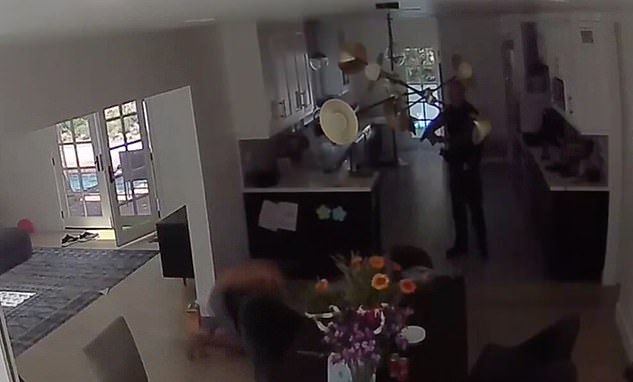 The Libyan file .. The crisis of the search for an agreement

Bitcoin Gold (BTG/USD), a cryptocurrency that came to be after a Bitcoin (BTC/USD) hard fork in...