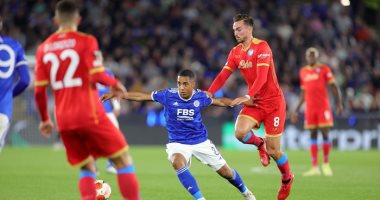 The Italian Napoli kidnapped a dramatic 2-2 draw from its host Leicester City, in the match that brought the two teams together, on Thursday evening, at the King Power Stadium, in the first round of Group C of the European League for the current season 2021-2022.

Leicester City finished the first half of the match superior to a goal scored by the Spaniard Ayoze Perez, who scored it after just 9 minutes from the start of the match.

In the second half, Harvey Barnes added the second goal of the Foxes team in the 64th minute, but the Nigerian striker Victor Osimhen, the Naples striker, scored two goals in the 69th and 87th minutes of the match.

Leicester City’s Wilfried Ndidi was sent off in the third minute of added time, after receiving two yellow cards.

In the same group, Poland’s Legia Warsaw beat its Russian host, Spartak, with a clean goal, to top Group C with 3 points.