Napoli vs Juventus..Juve’s worst start in the Italian league in 52 years 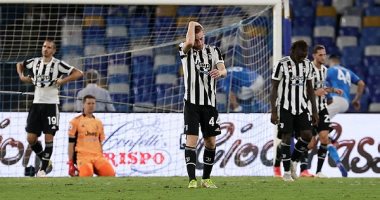 Juventus, led by its technical director Massimiliano Allegri, continued its disastrous results at the beginning of the team’s journey in the Italian League during the current season 2021-2022, after receiving the second defeat during the first 3 rounds of the competition’s life, in front of its host Napoli, with a score of 1-2, in the match that brought the two teams together on Saturday evening. At the “Diego Armando Maradona” stadium, at the top of the third round of Serie A matches.

The “Opta” network, which specializes in monitoring statistics, stated that Juventus failed to win during the first 3 rounds of the Italian League, for the first time since the 2015-2016 season, and the second in the last 52 seasons of the life of the Calcio.