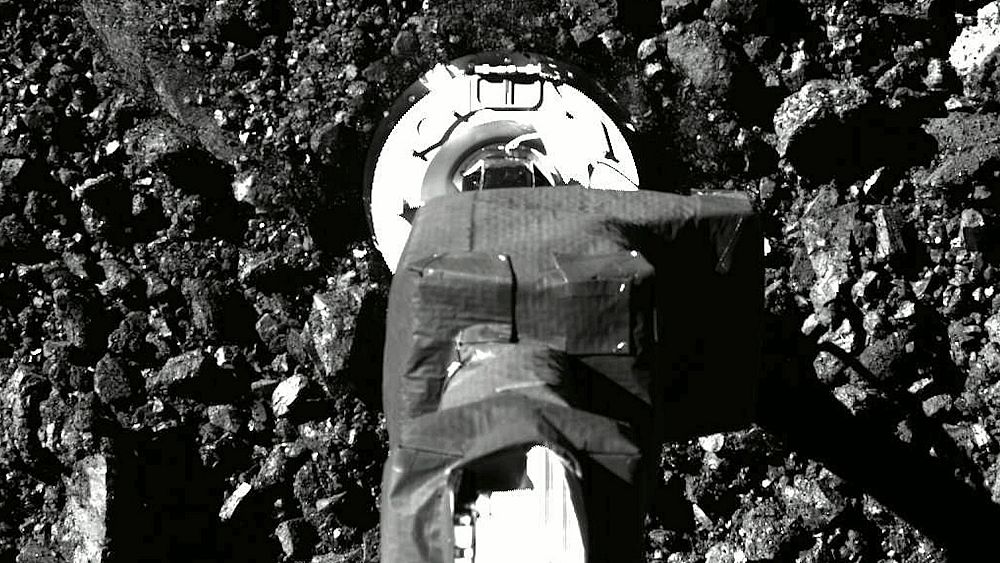 
A NASA spacecraft has been so successful in grabbing rubble from an asteroid hurtling through space millions of miles from Earth, that it collected too much and is now spilling its precious cargo back into the void.

In the space agency’s first attempt at taking samples from an asteroid, the spacecraft Osiris-Rex briefly touched asteroid Bennu earlier this week.

But scientists now know it collected far more material than was expected, and its sample container is jammed open.

“We’re almost a victim of our own success here,” said the mission’s lead scientist, Dante Lauretta of the University of Arizona.

Lauretta said there is nothing flight controllers can do to clear the obstructions and prevent more bits of Bennu from escaping, other than to get the samples into their return capsule as soon as possible.

The flight team was scrambling to put the sample container into the capsule as early as Tuesday – much sooner than originally planned – for the long trip home.

Scientists were shocked on Thursday when they saw the pictures coming from Osiris-Rex following its contact with Bennu two days earlier.

A cloud of asteroid particles could be seen swirling around the spacecraft as it backed away from the asteroid.

The situation appeared to stabilise, according to Lauretta, once the robot arm was locked into place but it was impossible to know exactly how much material had already been lost.

The requirement for the mission was to bring back a minimum of 2 ounces (60 grams).

Because of the sudden turn of events, scientists won’t know how much the sample capsule is holding until it’s back on Earth.

The samples won’t make it back until 2023 – seven years after the spacecraft took off.

The complicated €675 million mission, which started with a launch back in 2016, is expected to provide information about the building blocks of the solar system.

They initially planned to spin the spacecraft to measure the contents, but that manoeuvre was cancelled since it could spill even more debris.

Japan, meanwhile, is awaiting its second batch of samples taken from a different asteroid, due back in December.

Genshin Impact’s Next Region Will Arrive in December