A young entrepreneur has revealed how she went from living off welfare after quitting her office job to earning six figures in just 30 days.

Natasha Araya, from Sydney, said she ‘hit rock bottom’ after she walked away from the corporate world because she ‘hated working for someone else’ in her nine-to-five media job.

Unsure of what to do next with her life, the ‘broke’ 25-year-old settled for Centrelink benefits where she received just $500 a fortnight.

Her turning point came when she found herself sitting in a holding cell at a police station at 2am after she was arrested for assault while dressed as The Joker. 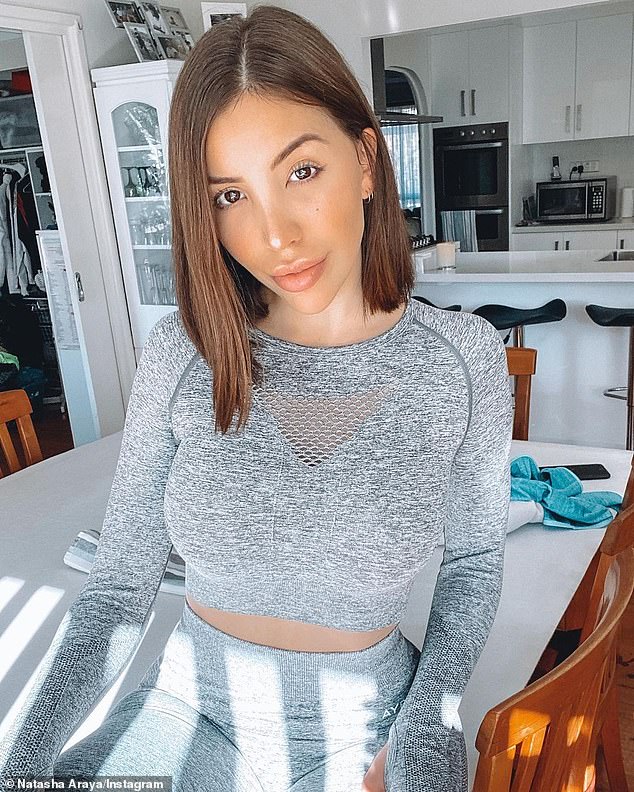 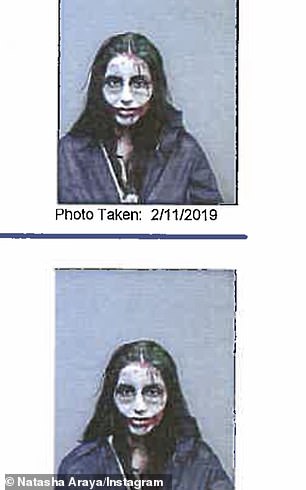 Natasha decided to start a business in DIY home cinema kits after seeing a niche in the market, and made nearly $150,000 in sales in one month.

But her journey to success didn’t come easy.

After having enough of the corporate world, she handed in her resignation but she didn’t know what to do or where she’d fit in next.

Natasha – who was struggling with depression – said she was at a low point in her life when she signed up for Centrelink payments.

‘It was really embarrassing. I’ve never been that person that was okay with accepting government handouts, so it came as a really hard blow to my ego,’ she told Daily Mail Australia.

‘I had resigned from my media job and was trying to figure out my next move in life. I knew I didn’t want to get another job working for someone else.’

Natasha said she ended up launching three different dropshipping stores – but they all failed within a year.

‘Dropshipping’ is a common method that involves shipping products from a manufacturer directly to the customer without the supplier or retailer ever seeing it.

‘I decided to try my hand at dropshipping, everyone online was talking about it. I thought why not? Lets give it a go. But I didn’t have regular income coming in and all three of my stores failed,’ she said.

Natasha said she was faced with a ‘very stupid and expensive mistake’ when she was arrested in her Halloween costume as The Joker in 2019. 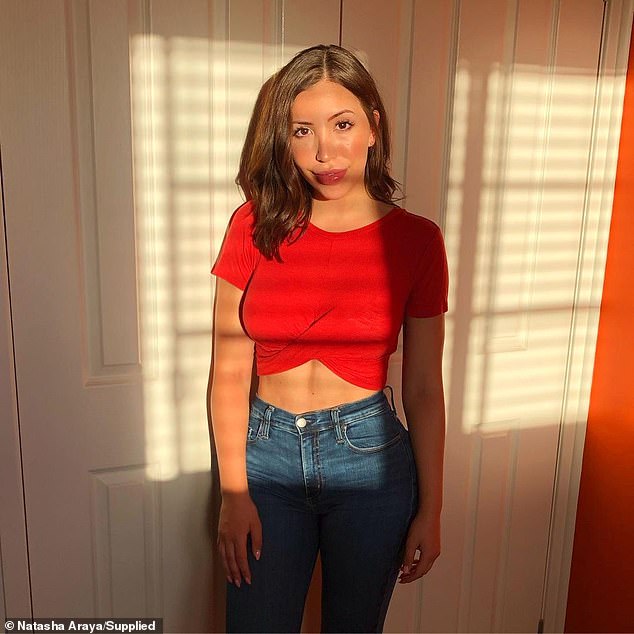 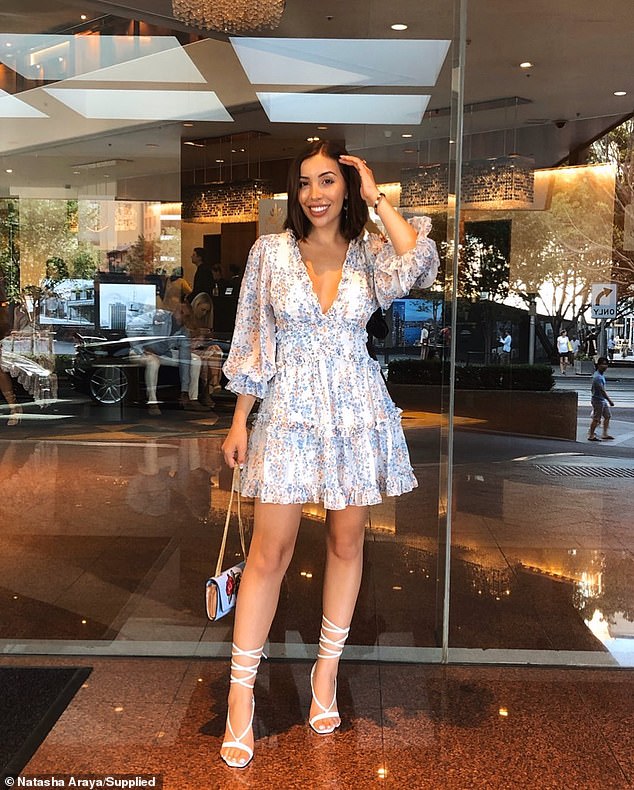 ‘I had a little too much to drink and we were denied entry. On the way out some guy started verbally abusing my friend, and in my drunken rage I pushed him and put my hands on him,’ she said.

‘It was the smallest thing, but the cops were called and I was arrested for assault. It was a three month journey after that.

‘I had to hire a lawyer and go to court to clear my name. Luckily, I was cleared of all charges as the judge was aware of all my community work that I do and stamped it as a ‘misjudgment’ on my part.’

She was determined to turn her life around for good after an idea to launch another e-commerce business sprung into mind when she was waiting in a holding cell.

‘I was sitting next to some pretty shady people, thinking ‘is this really my life, surely I can do better?’,’ Natasha said.

‘So in the months that followed with the court case, I decided to start learning more about e-commerce. I was sick and tired of feeling sick and tired, so I did something about it.’

During the peak of the coronavirus pandemic, Natasha and her boyfriend decided to target the US market. 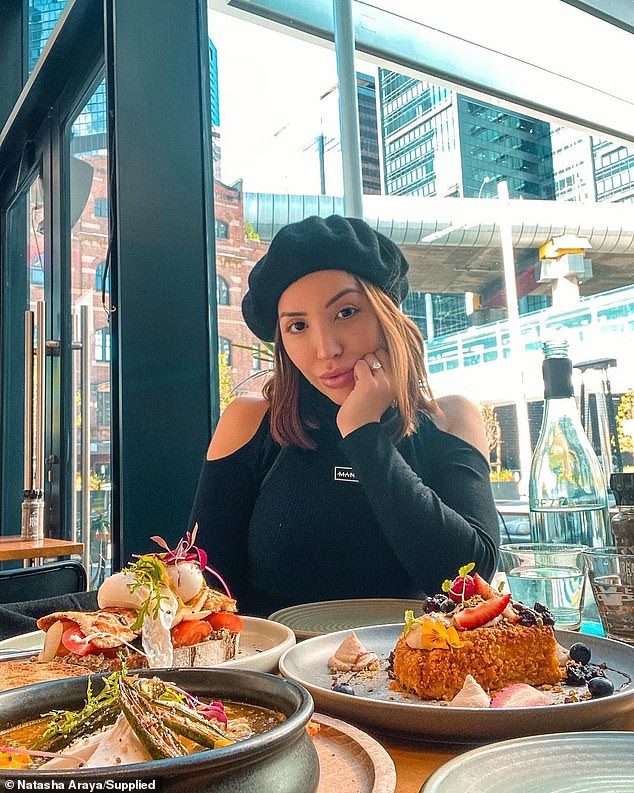 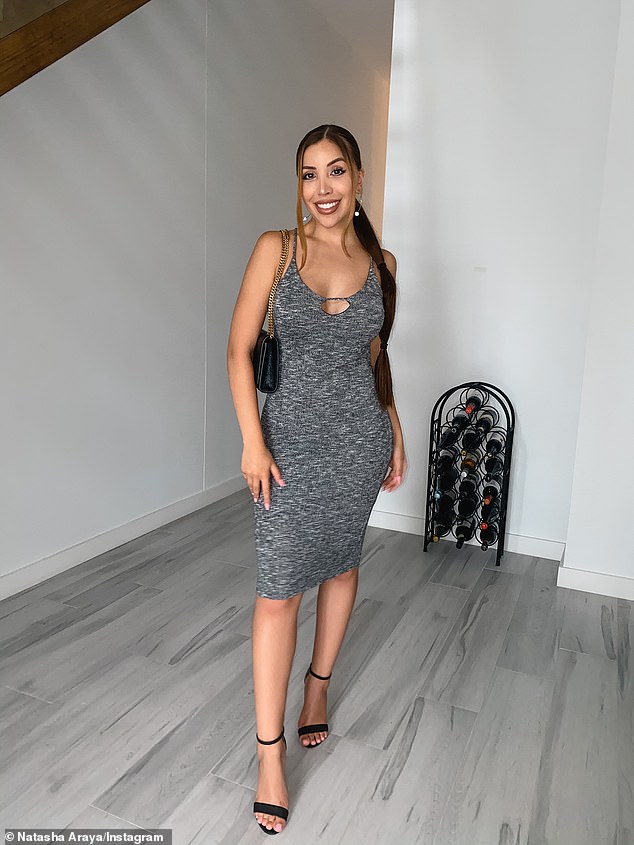 Despite making six-figures in a short amount of time selling DIY home cinema kits, Natasha said she felt her booming business was not the job she wanted to pursue 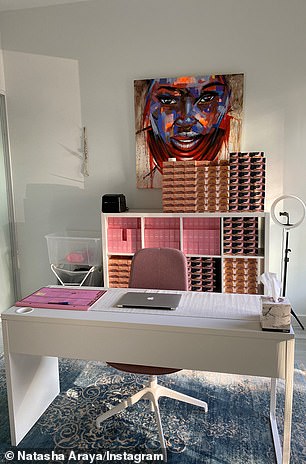 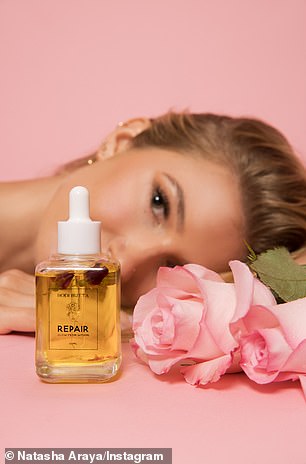 With the profit she made, Natasha invested in her dream – an organic skincare brand made with Australian ingredients (picture left of her home office and right of a face and body oil)

But despite making six-figures in a short amount of time, Natasha said she felt her booming business was not the job she wanted to pursue.

‘I’m a firm believer in doing something that you’re passionate about, and I don’t love dropshipping random products – there’s just too many things that can go wrong as well,’ she said.

‘I wanted to give people value and actually create a brand from scratch that I was proud of and could grow exponentially.’

She ended up selling her dropshipping business to an American entrepreneur.

With the profit she made and her cut of the sale money, Natasha could finally invest in her dream – starting a natural, organic and vegan skincare brand made with Australian ingredients.

‘I’ve always loved skincare, but I was finding myself developing allergies to a lot of high-end brands, and I wasn’t seeing the results that they promised through their advertising,’ Natasha explained.

‘So I wanted to create a line of products that are simple, fragrance free, cruelty free, all natural and actually work.’

With the help of an Australian formulation chemist, she developed a range of products – including moisturiser, facial oil and body scrub. 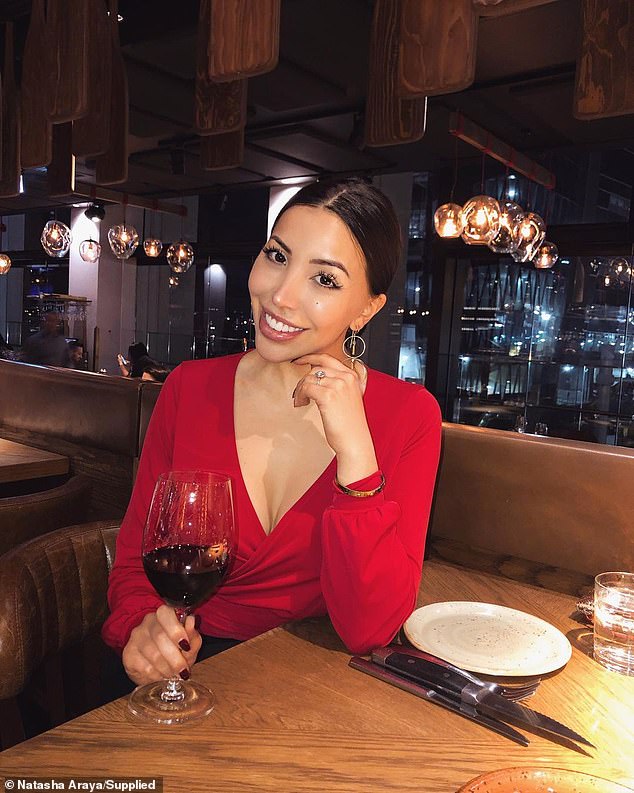 With the profit that she made and her cut of the sale money, Natasha could finally invest in her dream – starting a natural, organic and vegan skincare brand made with Australian ingredients 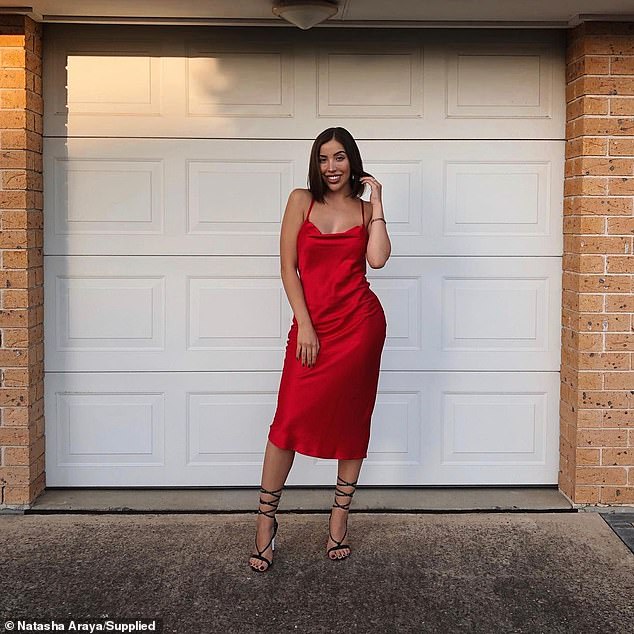 For those struggling with life, the 25-year-old said ‘as cliché as it sounds, never give up’

1. Do your research first: Learn from my mistakes and don’t just dive head first into anything that sounds good

2. Find your niche: See if you can bring something unique to the table

3. Make sure you have financial backing: If you’re dropshipping, ensure you have a spare $2,000 that you wouldn’t mind losing as you’ll need money for set up costs and advertising

4. And finally, you have to have emotional backing too: Business isn’t easy, starting your own thing is probably one of the hardest things you could ever do in this life, but it’s the most rewarding. You will fail many times, so you will need to have a strong head on your shoulders and be able to pull yourself up to try and try again until you succeed

‘The business is in its infant stages. But basically I would love to grow this business by another two to four products this year. We’re hoping all the products make a huge difference in our customers’ life,’ she said.

‘If we say “you’ll never suffer from dry skin again” – we will mean it.

In terms of revenue, the CEO said she hopes to hit the ‘high six figures’ and ‘see if I can make it to my first seven figure mark’.

For those struggling with life, she said ‘as cliché as it sounds, never give up’.

‘The moment you decide to give up is the moment you actually lose. Every fail that you encounter in life is never a loss… it is a lesson, and you must fail forward and keep pushing through,’ she said.

‘If I can suffer a quarter life crisis, lose all my savings multiple times, get arrested, fail in business multiple times and then come out the other end with my own amazing skincare brand, then you can do whatever you want in life.

‘If I’m not proof that there is indeed a light at the end of the tunnel then I don’t know what is.’