Alive and kicking! National Shinkicking Championships makes a comeback after battling the forces of health and safety and the Covid pandemic

An ancient ‘sport’ which sees competitors swipe at each other’s legs will finally make a comeback after overcoming the Covid pandemic and health and safety fears.

The National Shinkicking Championships in Chipping Campden, Gloucestershire, have attracted thousands of spectators since first seeing the light of day in the early 17th century.

However, the showpiece event has been cancelled for the past two years as a result of coronavirus restrictions. 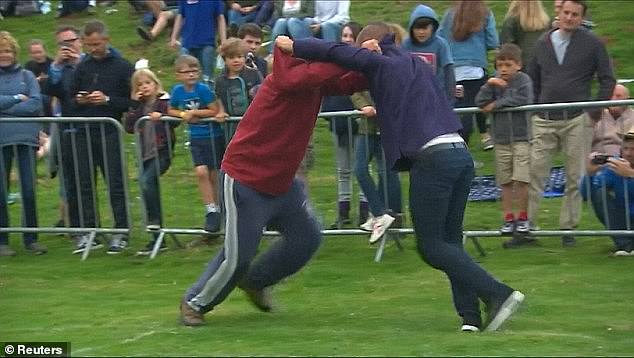 The National Shinkicking Championships in Chipping Campden, Gloucestershire, have attracted thousands of spectators since first seeing the light of day in the early 17th century

The cash, drawn from a ‘Build Back Better Market Towns’ pot is designed to help revitalise struggling local economies and has been welcomed by the Robert Dover’s Games Society, which runs the Cotswold Olimpick Games, during which the popular shin-kicking event is held.

It has been viewed as a victory over not just Covid, but modern health and safety requirements which enthusiasts deem an unnecessary interference.

Chairman of the Robert Dover’s Games Society, Andy Norton, said: ‘We are extremely grateful for the help of Gloucestershire County Council, which means we can feel confident the 2022 Cotswold Olimpicks will be a memorable day for our local community, as well as the hundreds of visitors we expect from further afield.’

‘While all members of the Robert Dover’s Games Society give their time and energy for free, there are a multitude of costs associated with putting on this event.

‘These include sports equipment, marquee hire, fireworks, torches for the parade after the games, building materials for the restoration of the castle on the hill, barriers and fencing, entertainment fees, generator hire, hire of skips, bins and toilet facilities, transportation to and from Dover’s Hill and security services.

‘In addition to all these operational costs, we are also making a number of enhancements to our website to increase online ticketing, donations and merchandise sales.

‘This will help us to get a head-start on our funding for the games beyond 2022.’

But former sports minister Richard Caborn distanced himself from the excitement of the fanatical shinkicking fanbase. 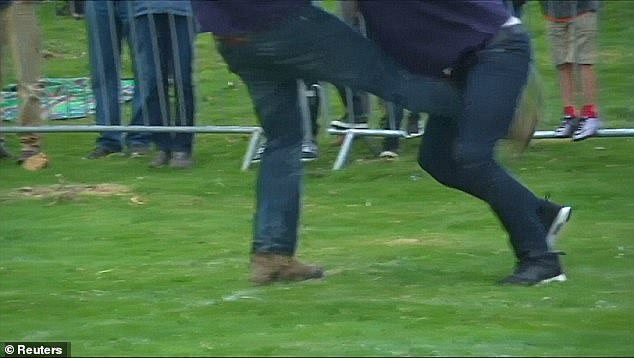 He told the Telegraph: ‘Can it even be defined as a sport? I think it’s barbaric.

‘Is there a skill set? I think the best thing is for people not to do it. As far as I’m concerned, it doesn’t fall under any definition of sport.

‘It’s not something that’s going to catch on, put it that way. It definitely won’t get in the Olympics. I think it’s crazy.’

How to rid yourself of guilt all the time? The solution is in simple steps