NATO escapes from Trump and waits for his new ally … the hot spots of conflict, a difficult legacy awaits Biden 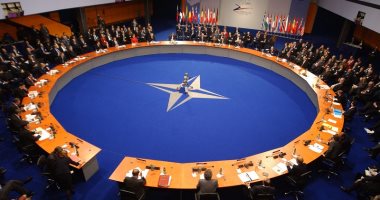 Immediately after the results of the American presidential elections were announced and Joe Biden won the presidency of the United States of America, NATO Secretary-General Jens Stoltenberg, out of his reservations and impartiality, eagerly called the new president-elect to Brussels, after Trump caused a state of discontent among the members of the alliance that had always criticized them, especially Germany, which he accused Benefiting from the American military presence in Germany.

In statements to Deutsche Welle, Germany, Paul Taylor, senior researcher at Friends of Europe, said: “In the end, NATO escaped Donald Trump, but it did not survive without damage and without changes.”

Taylor added: Some of these changes have a positive side, even if they left a trail on the psyche of the alliance, for example, although Trump claims wrongly that he was able to reverse the direction of his allies to reduce their military spending, something that actually happened in 2014, but it is proven that the allies Boost their defense expenditures to quickly reach NATO’s 2% GDP target, in order to avoid its public blunt criticism.

Taylor stressed that there is no point in the sudden and uncoordinated withdrawal of US forces from Afghanistan and Iraq, as NATO officers help train local forces to manage their own security in the future.

He pointed out that Trump’s sudden announcement was worrying to NATO, which was not consulted, and to the governments that sent their soldiers and officers to those countries, which would be in a weaker position due to the withdrawal of US forces.

And US allies are now relying on Biden to support their united efforts to meet these challenges, in addition to other security files in the short and long term.

Secretary-General Stoltenberg is currently setting a list of priorities for these files, given that the strategic vision of the alliance, which identifies the threats and the possibilities available to confront them, has not been reviewed since 2010.

The group aims to improve political cohesion and creativity among NATO members, after French President Emmanuel Macron accused NATO of being “clinically dead”.

The group’s new report, titled “NATO 2030: United for a New Era,” concludes that Russia’s increasing aggression will remain the Alliance’s biggest military challenge in the next decade, but China will definitely steal the spotlight as an emerging threat.

Concerning this, Wes Mitchell said in a briefing about the report held at the Carnegie Europe Foundation: It has become quite clear through our consultations with experts and allies that the rise of China is the most consequential change in the strategic environment of NATO, and it is a change that the allies must take into account.

The alliance must also deal with hotter conflict areas. As peace negotiations between the Afghan government and the Taliban stalled and remain on a slow pace, Stoltenberg says that NATO will decide next February whether to continue its mission there to train and provide advice and assistance, or to withdraw from Afghanistan. After about two decades.

NATO had pledged to stay in the country until conditions on the ground allow the local security forces to maintain stability.

The issue that has caused the greatest difference over the past four years remains in the core of the alliance’s disagreements, namely the famous 2% limit.

In this regard, Thomas de Mezier said in a speech at the Center for European Policy Analysis: The Biden administration will be more difficult for us, because its tone will be more friendly, adding that the matter did not amount to talking about details with Trump’s hostile stance, which makes the matter for us, In Europe and Germany, it’s harder, but I welcome that. “

Researcher Paul Taylor agrees that no one should think that things will be completely smooth with the Biden administration, indicating that what the allies should expect is that difficult negotiations will not necessarily mean a fight. Taylor adds: It will be based on the same facts, and on the same basic assumption that we are in the same boat and that we are stronger together, that America is stronger with its allies than being alone, and that allies are stronger with America than being alone.

Boy, 12, suffers 'vital accidents' to his face, again, chest and legs after being mauled by...