A Navy crew supporting local officials in a search-and-rescue operation spent Friday night more than 11,000-feet above sea level after their helicopter crashed down in the California mountains.

The four-member crew – comprising a pilot, co-pilot and two crew members – were deployed to California’s White Mountains to support Mono County search and rescue efforts for a missing hiker, when their helicopter came crashing down near Mount Hogue at around 5 p.m. Friday night.

They did not suffer from any injuries, the Navy announced in a press release, but had to wait for rescue after communicating their location back to the Naval Air Station Fallon, about 120 miles to the north. 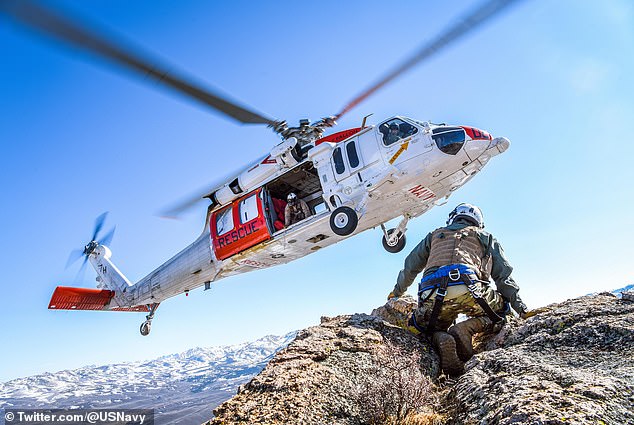 A four-member Navy crew was rescued near Mt. Hogue, California on Saturday at around 5pm

A mission deployed later that evening failed to retrieve the crew members, but was able to drop them some supplies for the night.

The next day, the Navy tried once again to rescue the team, but its efforts were thwarted by the high-altitude, at which point the Navy sent another helicopter designed to withstand those heights, which dropped off a ground crew to find the survivors while it returned to base to refuel.

Finally, the Navy’s third attempt, at around 2 p.m. Saturday, succeeded in recovering all four survivors and the ground crew. 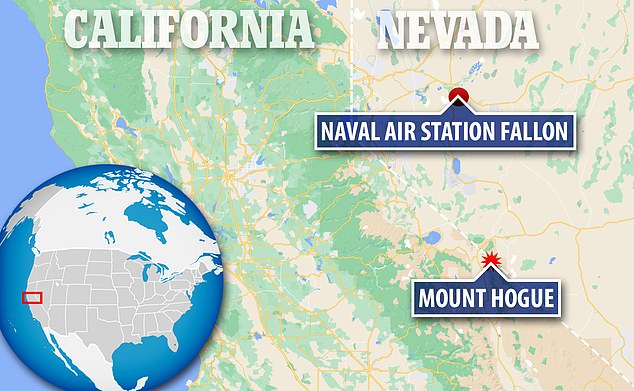 The helicopter crashed near Mount Hogue, about 120 miles south of Naval Air Station Fallon, where the crew was based 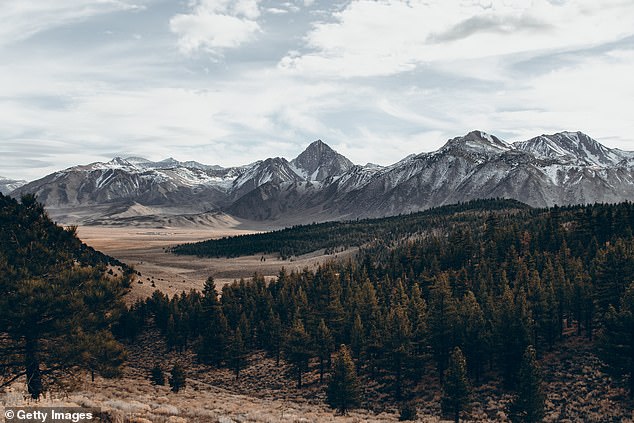 The mountain range extends through the California-Nevada border

Meanwhile, the lost hiker the crew members were searching for was also found on Saturday, Inyo National Forest officials announced on Facebook.

Ronald Bolen, of Norman, Oklahoma, had gone missing on July 14 on a trip to climb Boundary Peak, a few miles north of Mount Hogue.

He had sent his family a photo from the summit on Tuesday, but had not been heard from since, and he was officially reported missing the next day.

‘At this point, his phone is dead, and we have not had contact with him in three and a half days,’ his daughter, Meredith Bolen, told KOCO on Friday. 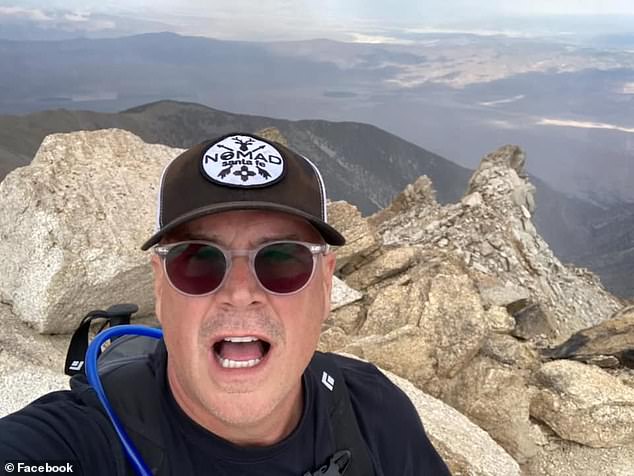 Ronald Bolen, a University of Oklahoma professor, was found safe on Saturday, after disappearing on July 14. He reportedly spent four days waiting for rescue teams, and was taken to a local hospital where he is expected to make a full recovery

Bolen, a University of Oklahoma professor, was found safe one day later.

He had reportedly gotten lost on his hike and spent four days awaiting a rescue by a creek. He was brought to a local hospital, FOX 25 reports, and is expected to make a full recovery.

It is unclear what caused Bolen to go missing, considering Meredith said he spent months training for the hike, but she told FOX 25 she expects her father will go hiking again, once he recovers.

‘In terms of solo climbing, I hope he won’t ever do it again,’ she said.

CHARLESTON, W.Va. (WSAZ) - After being postponed due to the pandemic, the annual gun public sale...