Luka Doncic scored 33 points in his 50th career triple-double as the Dallas Mavericks beat the shorthanded Denver Nuggets 127-99 on Friday night in the first of consecutive meetings.

The Nuggets were without two-time MVP Nikola Jokic and two more starters in Jamal Murray and Aaron Gordon.

Murray joined Jokic, who missed a second straight game, in health and safety protocols. Gordon was out for a second game with a non-COVID-19 illness. 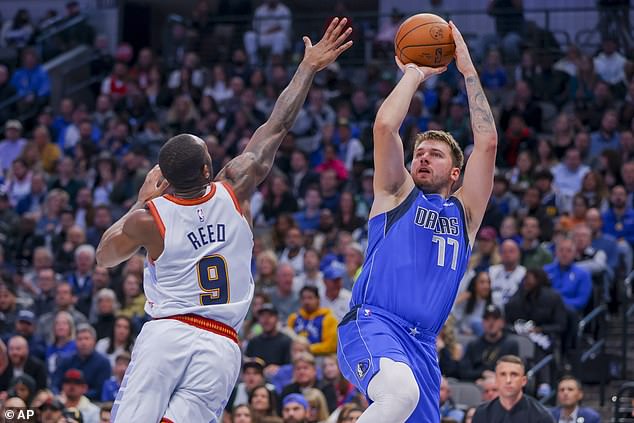 All three weren’t on the trip with the Nuggets set to play in Dallas again Sunday night. It wasn’t immediately clear whether they would be available for the rematch.

Christian Wood had 28 points and eight rebounds for the Mavericks, and Spencer Dinwiddie scored 15.

Kentavious Caldwell-Pope and Bruce Brown scored 18 points apiece for the Nuggets, who had little chance without their stars as Doncic rolled up 12 rebounds and 11 assists.

The NBA’s scoring leader went 11 of 22 from the field with his usual array of creative buckets in and around the lane and was 9 of 11 on free throws. 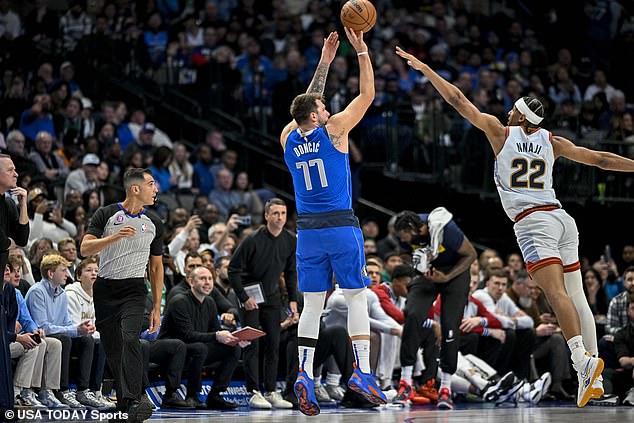 Doncic stayed in the game with the Mavericks ahead by 22 to start the fourth quarter, needing one rebound to get to 50 triple-doubles one game faster than Magic Johnson.

That rebound came 65 seconds into the fourth quarter of Doncic’s 278th game. Johnson had been the second-fastest to 50 triple-doubles at 279 games.

Oscar Robertson, who needed 111 games, and Doncic are the only 23-year-olds with 50 triple-doubles. Robertson was 221 days younger than the Dallas superstar.

Dinwiddie’s 3-pointer started a 29-14 run to give Dallas an 18-point halftime lead. Denver didn’t get closer than 12 after that. 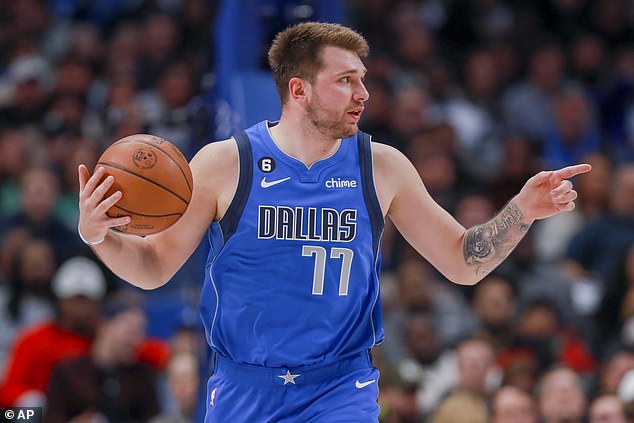 Joel Embiid had 32 points, 11 rebounds and eight assists as the short-handed Philadelphia 76ers overcame a 13-point deficit to beat the Milwaukee Bucks 110-102 on Friday night.

Embiid, who averaged 40 points and 11 rebounds in his previous four games, had 19 points, eight rebounds and five assists in the second half after 76ers star guard Tyrese Maxey left just before halftime with a left foot injury.

Maxey had 24 points, five assists and four rebounds before rolling his ankle while driving to the basket against Jevon Carter. Philadelphia said he will have an MRI Saturday.

Giannis Antetokounmpo led the Bucks with 25 points and 14 rebounds, however, his struggles from the free-throw line – he went 4 of 15 – were amplified with each attempt in the second half by a raucous Philadelphia crowd. 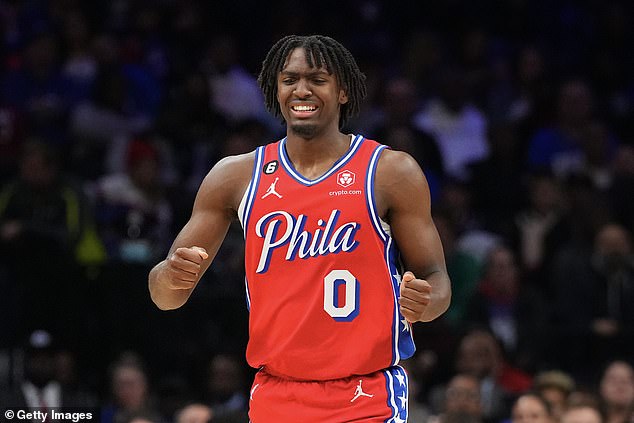 Morant and John Konchar added 19 each for Memphis, with Morant finishing with 11 assists and Konchar grabbing 10 rebounds. There was no immediate word on the extent of Morant’s injury.

Josh Giddy led Oklahoma City with 20 points and 11 assists. Jalen Williams had 16 points, six rebounds and seven assists. Shai Gilgeous-Alexander had his lowest scoring game of the season with 15 points, going 6 of 18 from the field. 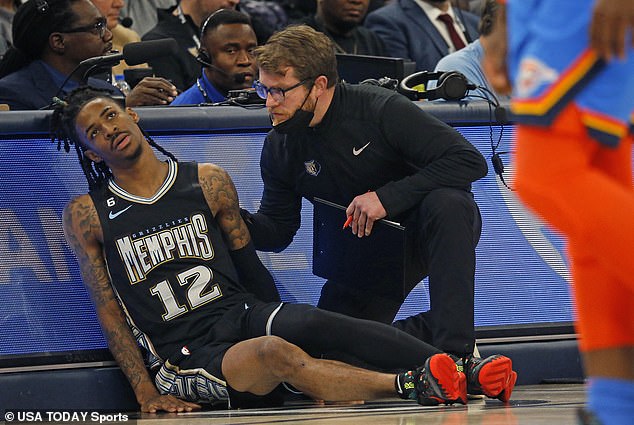 Myles Turner added 17 points and Jalen Smith had a career-high 18 rebounds as the Pacers won their third straight game on a night where coach Rick Carlisle was ejected before halftime for yelling at the officials.

Eric Gordon had a season-high 24 points for the Rockets.

Haliburton also suffered a lower leg injury with less than a minute left in the game and was helped off of the court. 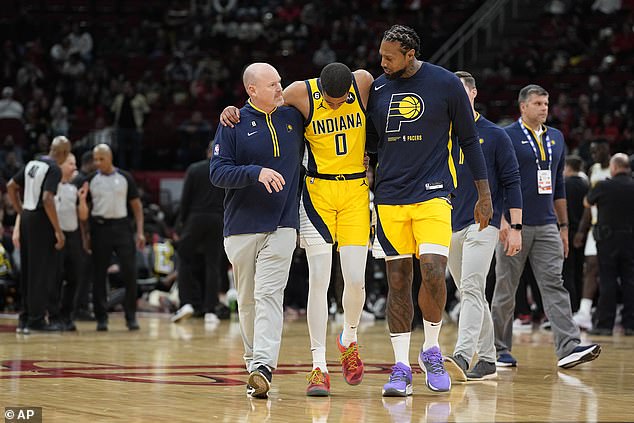 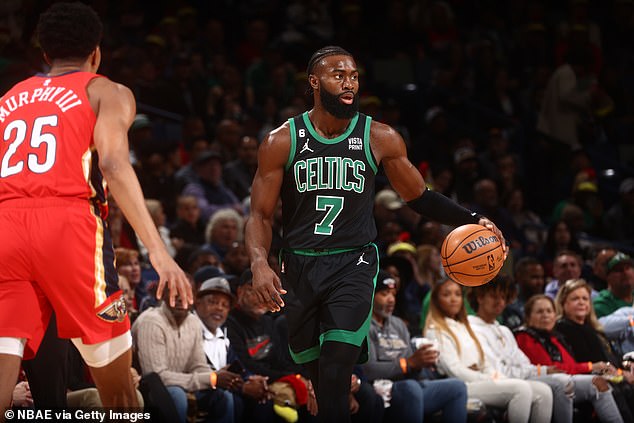 The Cavs blew a 10-point lead in the final 52 seconds of regulation as the Hornets made four 3-pointers, the last an off-balance jumper from Terry Rozier deep in the corner with 1.1 seconds left to tie it 105-all.

Charlotte, which has dropped 10 of 11, had a chance to win it in the first five-minute session, but Rozier missed a contested jumper just before the horn and the teams went to the second OT tied at 120.

Kelly Oubre Jr. scored 34 points for Charlotte before fouling out in the second OT. 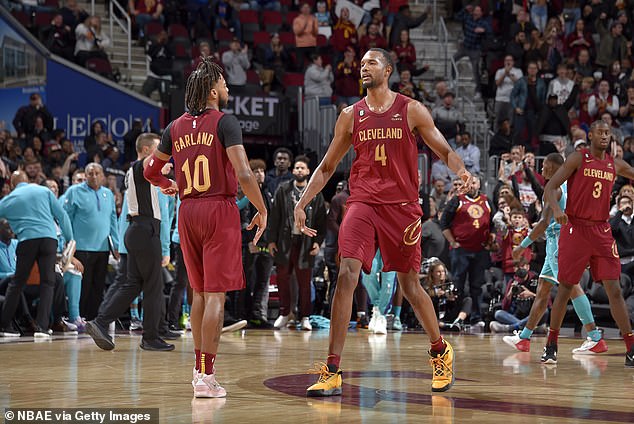 Washington outscored Miami 3-2 in overtime. Kyle Kuzma hit one of two free throws with 2:48 to play for the Wizards for the last points of the game. Kuzma had 21 points.

Kyle Lowry had a triple-double for Miami with 24 points, 15 assists and 10 rebounds, and Max Strus had 22 points.

Miami had just seven healthy players, and was forced to dress Gabe Vincent, who was out with a knee injury, to satisfy the NBA requirement that teams have eight players in uniform. The Heat were missing their top three scorers, Jimmy Butler, Tyler Herro and Bam Adebayo. 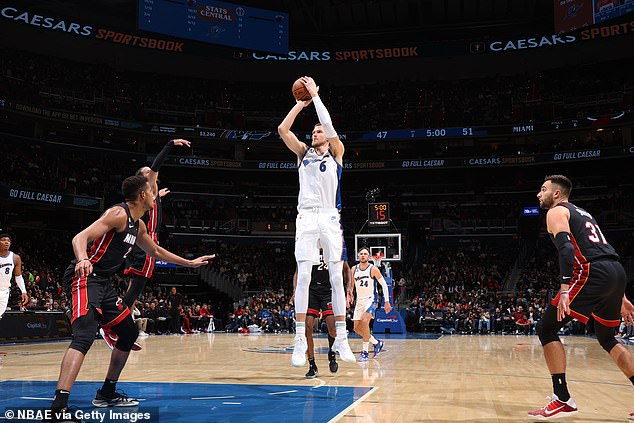 Jalen Suggs made a wild 3-pointer in the closing seconds and Orlando beat Chicago after blowing a 19-point lead.

DeMar DeRozan missed a heave at the buzzer, giving the Magic their first win in seven road games this season.

Wendell Carter Jr. led Orlando with 21 points and had eight rebounds against his former team. DeRozan scored 41 points for Chicago. 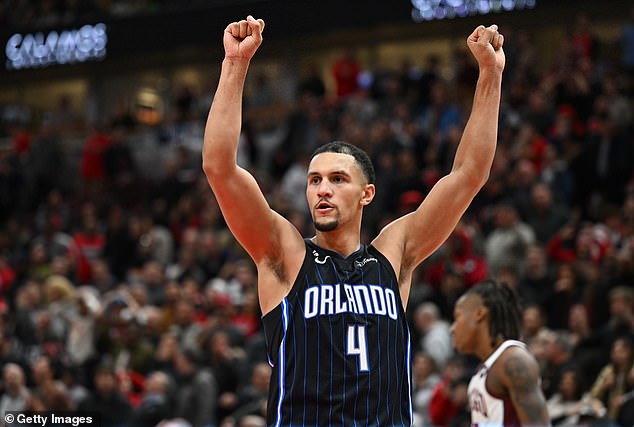 Klay Thompson had 20 points with four 3-pointers and showed signs of finding his shooting groove. He hit 4 of his first 6 shots with three 3s for 11 early points. Jordan Poole scored 13 points off the bench and JaMychal Green 12. Draymond Green contributed 10 points, nine rebounds and seven assists.

Julius Randle had 20 points and seven rebounds and RJ Barrett scored 18 for the cold-shooting Knicks, who began 5 of 22, shot 34.5 percent and tried to play catch up all night.

Jalen Brunson struggled on his shot to go 2 for 13 – 1 for 5 from long range – and finish with 13 points for New York coming off a 106-103 win at Denver on Wednesday night. The Knicks had won two straight and three of four but missed matching their longest winning streak so far. 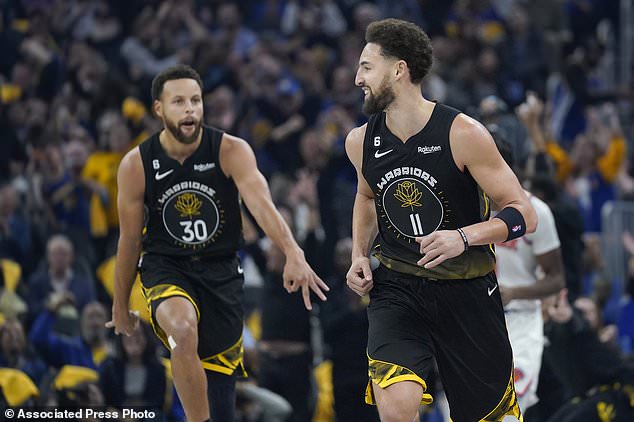 Lauri Markkanen scored a career-high 38 points, including an improbable turnaround jumper to beat the shot clock with 38.5 seconds left, as the Utah Jazz beat the Phoenix Suns 134-133 on Friday night.

‘I don’t know what the ceiling is on Lauri. I don’t think any of us do based on what we are watching night in and night out,’ Utah coach Will Hardy said.

In a wildly entertaining offensive shootout, Utah’s defense made the difference down the stretch. The Suns shot 58.2 percent through three quarters but went 10 for 27 in the fourth period and turned the ball over in the final minute. 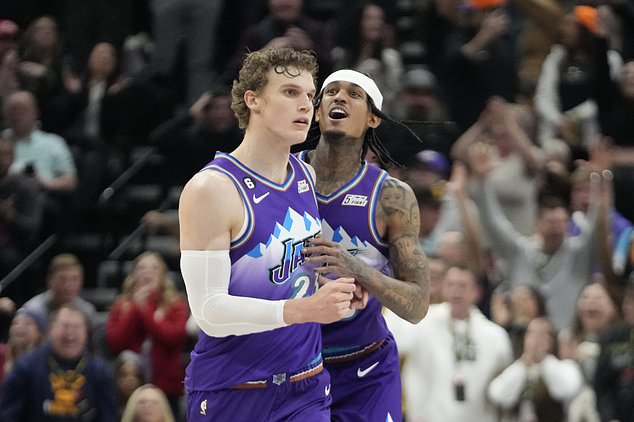 Anthony Davis scored 38 points with 16 rebounds and four blocked shots and Lonnie Walker IV added 17 points as the Los Angeles Lakers took advantage of a four-day break in the schedule and earned a 128-121 victory Friday over the visiting Detroit Pistons.

Austin Reaves scored 16 points and Wenyen Gabriel added 15 as the Lakers went 35 of 40 from the free-throw line and won consecutive games after coming out on top Sunday against the Brooklyn Nets.

It was just the fourth victory of the season for Los Angeles, which has two five-game losing streaks.

Alec Burks had 23 points and Bojan Bogdanovic added 20 as the Pistons lost a season-high sixth consecutive game. Killian Hayes had 18 points and nine assists for Detroit, while Jaden Ivey had 17 points but went 1 of 9 from 3-point range.

The Pistons, who dropped a 96-91 decision against the Clippers on Thursday, are 0-2 to start a six-game West Coast road trip. 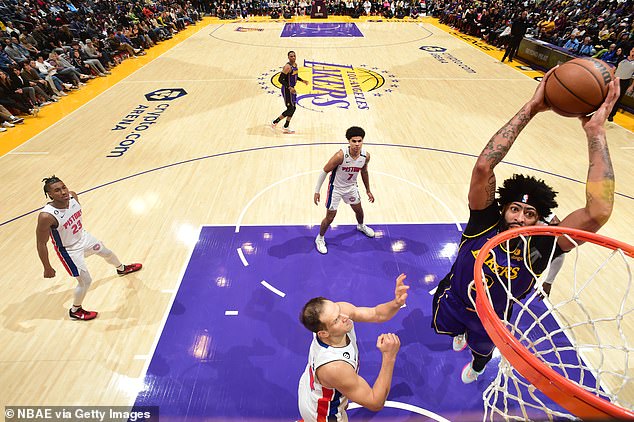