The NBA post-season continued on Wednesday night as the first of the final eliminators in the Eastern and Western Conferences took place via the play-ins.

Out East, the ninth-seeded Atlanta Hawks hosted the 10th-seeded Charlotte Hornets for the right to travel to the Cleveland Cavaliers and the battle for the eighth seed. Out West, No 9 seed New Orleans Pelicans hosted No 10 seed San Antonio Spurs for the right to face the LA Clippers for the final play-off spot.

Trae Young bounced back from a sluggish start to score 24 points and De’Andre Hunter led a third-quarter surge that carried the Atlanta Hawks to a 132-103 rout of the Charlotte Hornets in an Eastern Conference play-in game Wednesday night.

The Hawks, who finished ninth in the East after a surprising run to the conference final a year ago, will travel to Cleveland to face the Cavaliers on Friday night.

The winner claims the No 8 seed in the East and will face the top-seeded Miami Heat in the opening round of the play-offs. 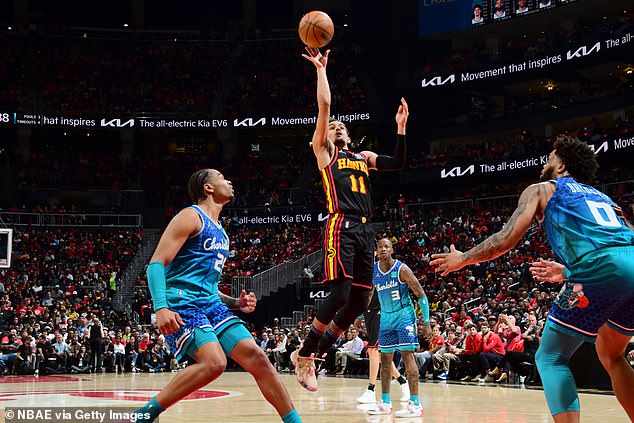 The season is over for the Hornets, who were overwhelmed in the 9-10 play-in game for the second year in a row and haven’t made the play-offs since 2016.

All five Atlanta starters scored in double figures, as did Bogdan Bogdanovic off the bench. It was Hunter who came up big in the decisive third period, bursting out with 16 points after being held to three in the first half.

Hunter finished with 22 points, while Danilo Gallinari added 18 and Clint Capela 15. Kevin Huerter and Bogdanovic chipped in with 13 apiece.

The Hornets closed the regular season strong and felt like they had a good chance to win a couple of play-in games on the road. But those hopes came crashing down against their I-85 rival.

LaMelo Ball led with 26 points but made only seven of 25 shots.

The Hawks led by as many as 13 in the first half before settling for a 60-52 advantage at the break. Charlotte had a bit of momentum in the closing minutes of the half, but it sure didn’t carry over to the third.

With the Hornets doubling at every opportunity, Young made only one of nine shots in the opening quarter and three of 13 in the first half. 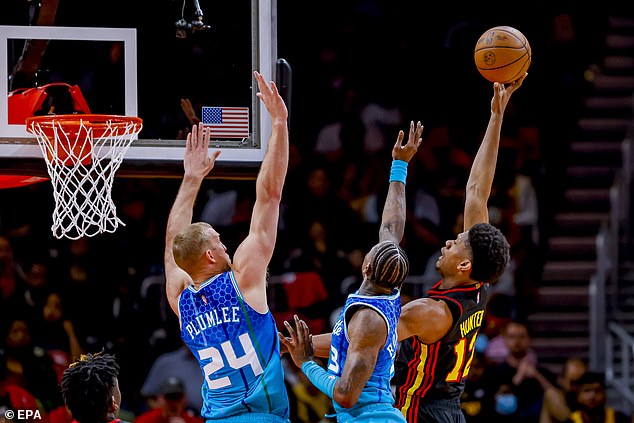 But his team-mates found plenty of open looks and made the Hornets pay dearly.

Charlotte should’ve known what kind of night it would be on their way to State Farm Arena.

The Hornets’ chartered bus was blocked by a freight train that stopped on a crossing near the downtown sports complex. The bus had to turn around and take a different route to the arena, delaying Charlotte’s arrival for pregame warm-ups.

It didn’t get much better once the game tipped off.

The Hornets’ frustration boiled over with about six-and-a-half minutes to go when Miles Bridges complained so vehemently about a goaltending call that he picked up two quick technicals and was ejected. 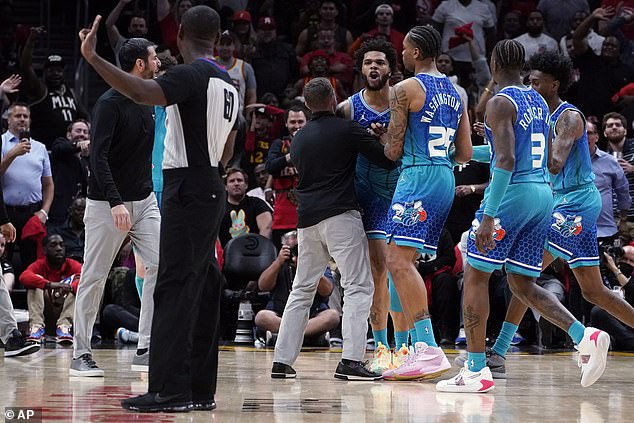 CJ McCollum scored 27 of his 32 points in the first half, Brandon Ingram shook foul trouble to add 27 points and the New Orleans Pelicans beat the San Antonio Spurs 113-103 on Wednesday night in a Western Conference play-in game.

The Pelicans, who finished ninth in the West after starting the season 3-16, will play at the Los Angeles Clippers on Friday night, with the winner getting the eighth seed and a spot against the top-seeded Phoenix Suns in the first round. New Orleans beat Los Angeles in three of four meetings this season. 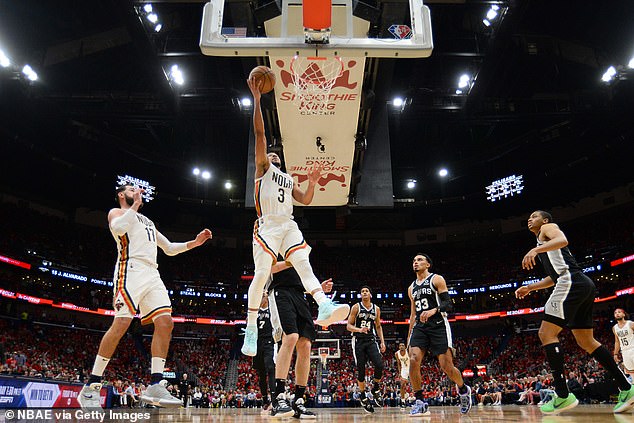 Ingram a pair of soft jumpers in the lane and Jonas Valanciunas added a short jumper to out New Orleans back on top, 103-91. Valanciunas had 22 points and 14 rebounds.

After Ingram went to the bench with three fouls five minutes and 17 seconds before half-time, McCollum carried the Pelicans offensively. In a 14-4 run over the final three minutes and 36 seconds of the half, McCollum made two three-pointers and pierced the San Antonio defense for two finger-roll layups on strong drives into the lane as New Orleans built a 61-50 lead.

McCollum made 10 of his first 12 shots, including two of three from long range, despite drawing consistent double teams. 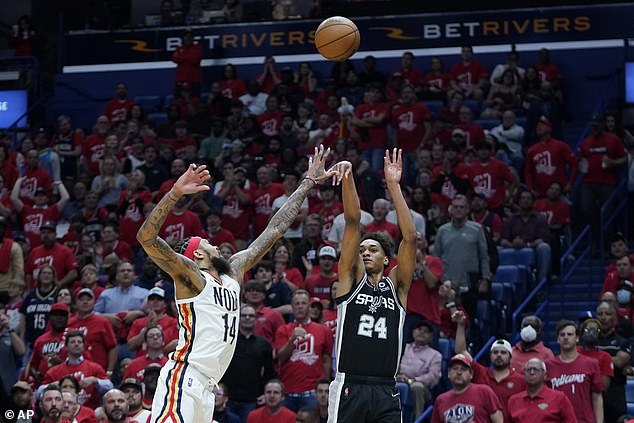 Madonna dress worn in ‘Material Girl’ video up for auction

The euro falls after the US inflation data

The euro falls after the US inflation data