The NBA post-season began on Tuesday night as the battle for the seventh seed in the Eastern and Western Conferences were finalised via the play-ins.

Kyrie Irving had 34 points and 12 assists, Kevin Durant added 25 points and 11 assists, and the Brooklyn Nets took the No 7 seed in the Eastern Conference by beating the Cleveland Cavaliers 115-108 on Tuesday night in the play-in opener.

The Nets raced to a 20-point lead after one quarter and turned the Cavaliers away time and time again to earn a matchup with No 2 seed Boston in a series that begins Sunday.

Irving made his first 12 shots before a three-pointer rimmed out in the fourth quarter. He finished 12 for 15. 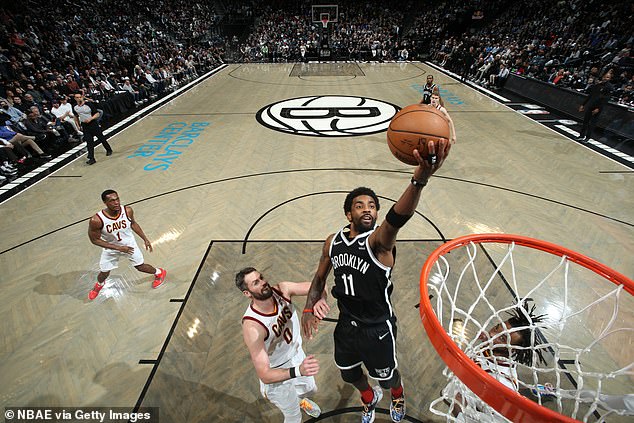 A pre-season NBA Finals favorrite who sputtered through a turbulent season and were in 10th place entering the last week of the regular season, the Nets have run off five straight wins. With Durant and Irving, they are far more dangerous than the usual No 7 seed.

And both are willing to give the ball to teammates who are capitalizing when they get it. Bruce Brown had 18 points, nine rebounds and eight assists, while Andre Drummond scored 16 points.

Darius Garland scored 34 points for the Cavaliers, who have another chance to earn the No 8 seed. They will host the winner of the Atlanta-Charlotte game on Friday, with the winner moving on to face No 1 seed Miami.

Brooklyn and Cleveland both went 44-38 but the Nets clinched the tiebreaker by beating the Cavs at Barclays Center last Friday to finish 3-1 against them. Cleveland was confident it could come back to Brooklyn and win, though it was clear quickly just how difficult that would be. 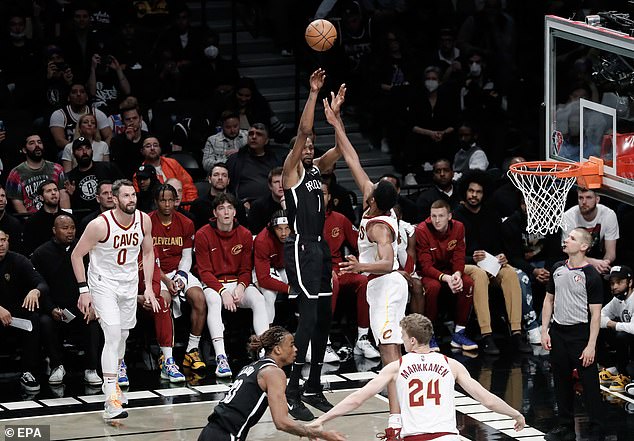 The Nets made nearly 71 per cent of their shots in the first quarter – Irving and Durant combined to make all eight of theirs – and closed the period with a 15-3 spurt that made it 40-20. It was a bigger lead than Brooklyn had in any first quarter during the regular season.

The offence sputtered, as it usually does, when Durant went to the bench to start the second and Cleveland went on a 9-2 run to cut it to 13. The margin stayed right around there the remainder of the half, with the Cavs missing a number of open looks before Irving’s jumper at the buzzer made it 57-43. That made him nine for nine at the break.

The Cavaliers, trying to extend a surprising season that saw them double their win total from a season ago, kept chipping away in the second half. But they would too often miss an open three-pointer or give up an extra possession on an offensive rebound that the Nets would take advantage of.

Nic Claxton had 13 points and nine rebounds for Brooklyn. 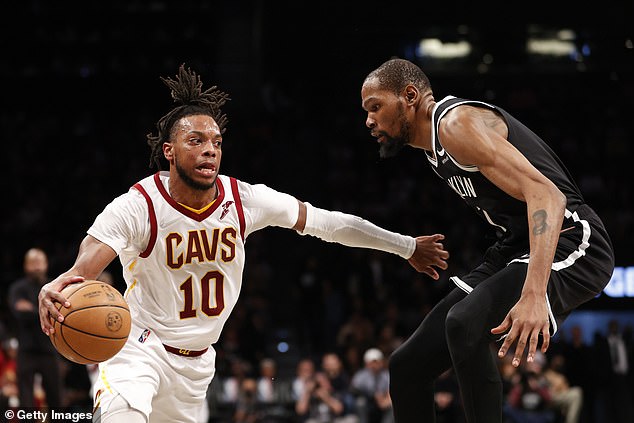 Anthony Edwards and D’Angelo Russell combined for 59 points to help the Minnesota Timberwolves overcome a rough night for Karl-Anthony Towns and beat the Los Angeles Clippers 109-104 in a play-in game on Tuesday night.

Edwards scored 30 points with five three-pointers and Russell had 29 points and six assists to send the Wolves to the No 7 seed in the Western Conference and a first-round matchup with Memphis.

‘Just utilising what we have,’ Russell said. ‘We’ve got a lot of pieces that complement each other.’ 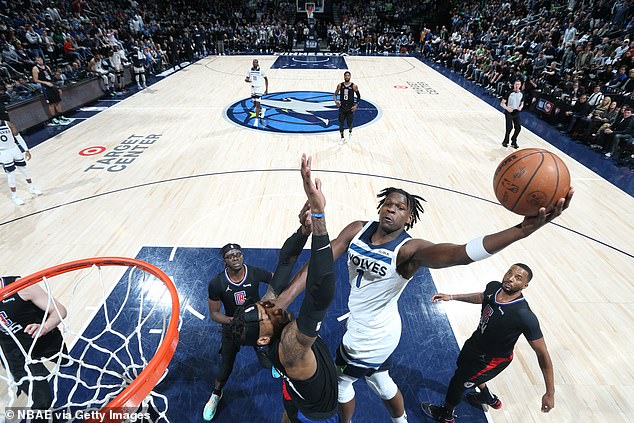 Paul George finished with 34 points after shooting two for 10 in the first half for the Clippers, who have a second chance to make the playoffs with a home game on Friday for the No 8 seed against either New Orleans or San Antonio. Reggie Jackson (17 points) and Norman Powell (16 points) did their part in stretches, but the Clippers failed to put the Timberwolves away when they were struggling through the first half.

Towns had only 11 points on three-for-11 shooting and fouled out midway through the fourth quarter, but his sidekicks were more than up to the challenge.

‘I took what the game gave me, and that’s what they gave me,’ Edwards said.

Jackson’s three-pointer gave the Clippers their largest lead of the game at 93-83 with 8:54 remaining, but about four minutes later Russell knocked down the go-ahead three-pointer for a 97-95 advantage the Wolves never relinquished. He saluted the crowd for the punctuation.

Edwards followed with a tomahawk dunk after blowing by Powell at the top of the key.

‘I’m one of the best defensive guys on earth, and no one can guard him,’ said team-mate Patrick Beverley, who was in tears during the spirited celebration afterward as Edwards hopped up on the scorer’s table. 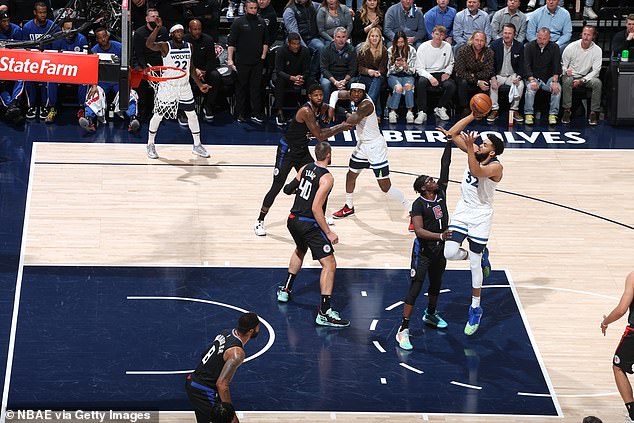 The fans were fired up for this fast-paced, fast-improving team that’s headed to the playoffs for the second time in 17 years, but the buzz wore off a bit in the third quarter while George found his groove with a smooth 15 points.

Then Towns fouled out with 7:34 to go, less than two minutes after he had just checked back in.

‘They played a lot better without KAT on the floor,’ Clippers coach Tyronn Lue said. ‘They got into us defensively. They switched on a lot of stuff. I thought they just made the right plays.’

The Clippers have played all season without star Kawhi Leonard while he recovers from a repaired ACL for the injury he suffered in the second round of the playoffs last year, but the recent return of George and Powell from their long-term injuries have helped them come closer to their form of last summer, when they reached the Western Conference finals. Powell, in a super-sub role, was a trade-deadline acquisition from Portland.

The Clippers had success disrupting Towns during the regular season when they won three of the four match-ups, losing only in January when George was out, and they spared no energy attacking the two-time All-Star center from every which way. Nicolas Batum was his primary tormentor, but most of the Clippers had a hand in it.

Towns failed to make a basket in the first half for the first time in more than three years, a zero-for-7 clunker. His only points came on a pair of free throws, and he flashed a sarcastic smile and pumped his first after getting that call. 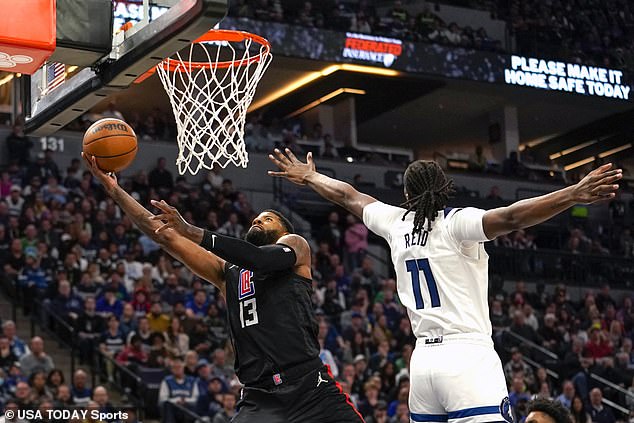 PlayOffs NBA 2022: Doncic is the best in history in games in which life is at stake

The Mavericks saved a first game point in the Western Conference final against the Warriors. A win for Californians would have sent Luka Doncic and his teammates on...

EThe Warriors player starred one of the most unlikely scenes that have ever been seen on a basketball court when leaving the 'dead' ball on the back ledge...