NBA ROUNDUP: Warriors lose by 45 to Pelicans as Curry, Thompson, and Green are given night off,


Brandon Ingram scored a season-high 34 points in the same game that Zion Williamson returned from a three-game absence, and the New Orleans Pelicans routed the depleted Golden State Warriors 128-83 on Monday night.

“He was fantastic all game,” Pelicans coach Willie Green said of Ingram, who hit 12 of 19 shots and whose repertoire included transition 3s, driving dunks and late-shot-clock turnaround fade-aways. “He played with force. When he decided to go (to the basket), he went quickly. … It was just good to see him put together an all-around good game.”

Playing one night after winning on the road for the first time this season at Houston, the Warriors scratched Stephen Curry, Klay Thompson, Draymond Green and Andrew Wiggins from the lineup in New Orleans. 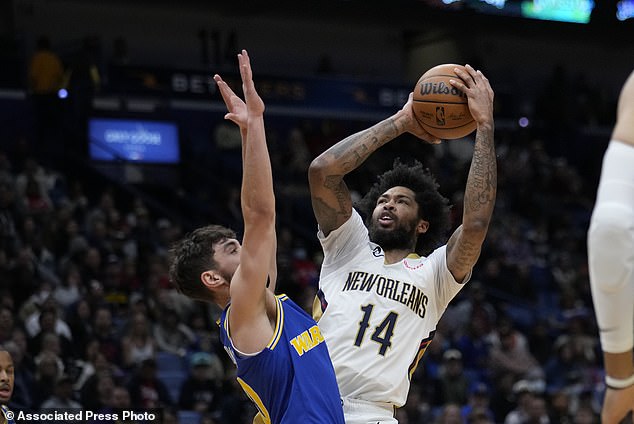 “This was just a night for the young guys to get a chance to play and it was a tough night,” Warriors coach Steve Kerr said. “New Orleans played really well.”

Williamson played 23 minutes in his first game back from a bruised right foot, scoring nine points.

“I was very excited to be back out there,” Williamson said. “We got a great win. The score speaks for itself.”

Green said there was no predetermined limit on Williamson’s playing time, which was dictated more by the size of New Orleans’ lead. 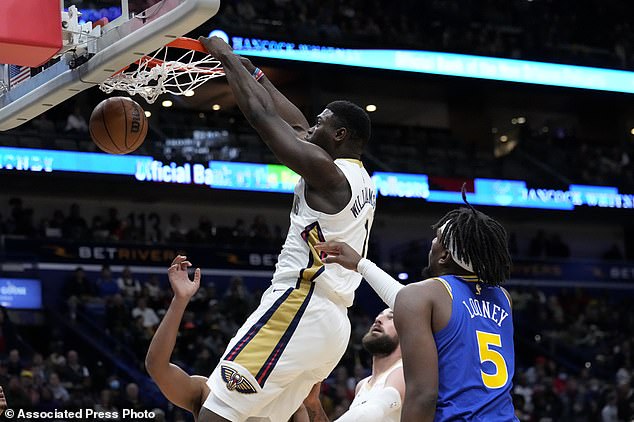 Devonte Graham scored 19 for the Pelicans, who took the lead for good less than two minutes into the game. Jonas Valanciunas had 10 points and 13 rebounds, and CJ McCollum scored 15.

Jordan Poole scored 26 for Golden State, which committed 28 turnovers while falling to 1-9 on the road.

“The effort was there but we didn´t execute very well,” Kerr said. “A lot of that is one me. I´ve got to work with these guys and do a better job of teaching execution and getting our guys to understand the value of the ball.”

The starting lineup for Golden State was usual starting center Kevon Looney, along with forwards Anthony Lamb and Jonathan Kuminga, and guards Donte DiVincenzo and Poole.

Less than nine minutes in, Graham’s 3 as he was fouled gave New Orleans a 26-9 lead. Rookie Dyson Daniels’ finger roll made it 35-11 before the first quarter ended.

Ingram and Poole each scored 20 in the first half, but Ingram had a lot more help, and New Orleans led 65-41 at the break. 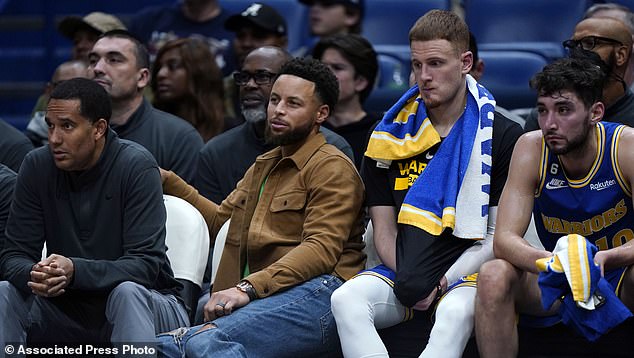 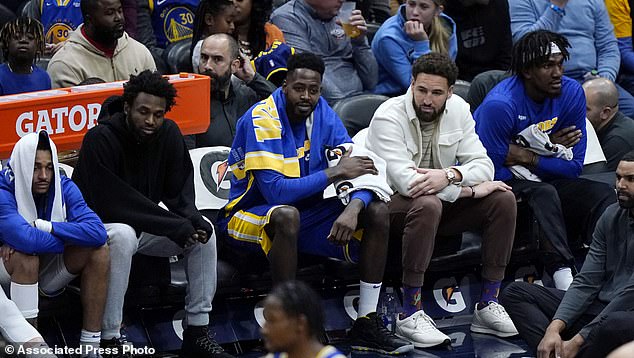 Patrick Williams scored a season-high 17, and the Bulls made it look rather easy against the team with the NBA´s best record. They led by 13 at halftime, got it up to 21 in the third quarter and withstood a push to come away with the victory after dropping four straight and five of six. 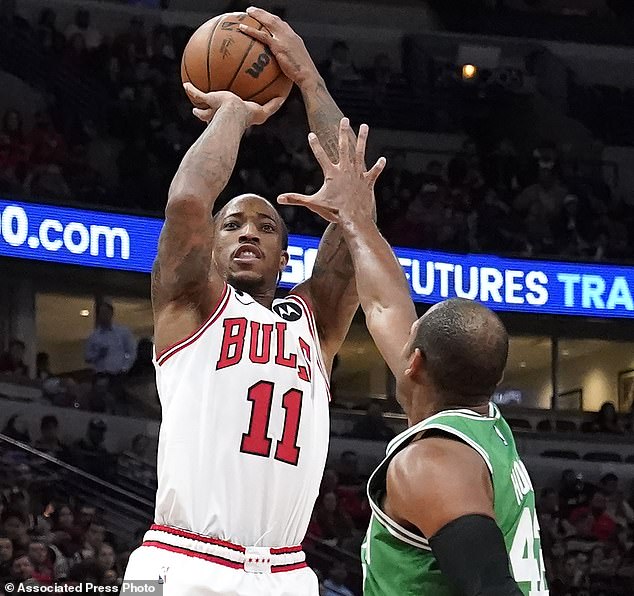 Giannis Antetokounmpo scored 37 points and Milwaukee pulled away in the second half to beat Portland.

Antetokounmpo shot 16 of 24 to go with seven rebounds and six assists in 35 minutes. Milwaukee improved to 12-4 overall and 9-1 at home.

Bucks guard Jrue Holiday scored 13 of his 17 points in the fourth quarter, and Grayson Allen added 17 points and eight rebounds. Holiday had the first nine Milwaukee points in the period. 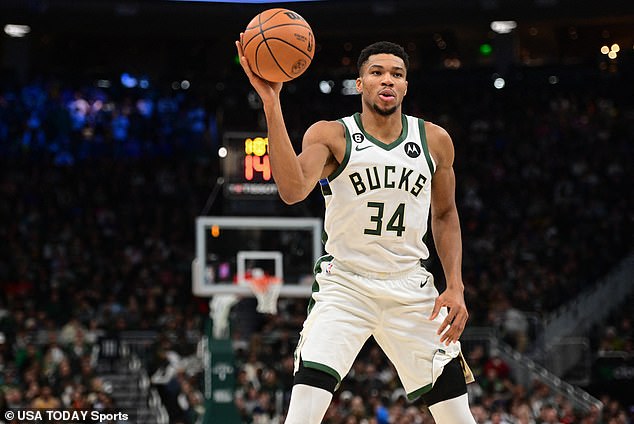 Donovan Mitchell had 29 points and nine assists, and Darius Garland scored 26 to send Cleveland past Atlanta in their first meeting since the play-in tournament last season.

Trae Young had 25 points and 10 assists, and Onyeka Okongwu had a season-high 18 points and 10 rebounds for the Hawks. Key offseason acquisition Dejounte Murray scored 11 on 4-of-18 shooting.

Atlanta claimed the final playoff berth in the East with a 107-101 win at Rocket Mortgage FieldHouse on April 15, extending Cleveland´s postseason drought to four years. The Cavaliers have not made the playoffs without LeBron James since 1998.

Garland also had nine assists and tied his career high with eight turnovers. Cedi Osman scored a season-best 23 off the bench as Cleveland won its third in a row following a five-game losing streak. The Cavaliers are 7-1 at home. 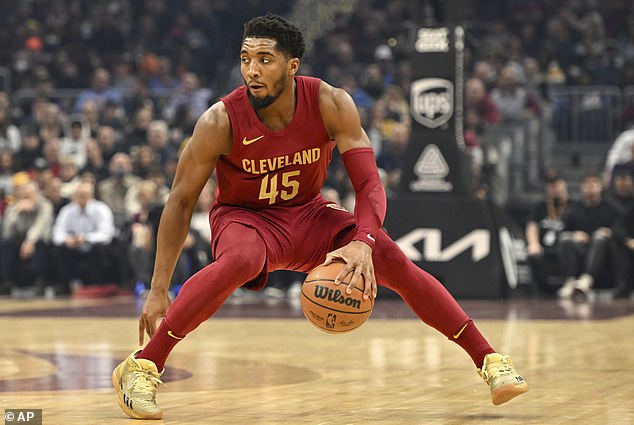 Franz Wagner led the Magic with 20 points and Gary Harris had 18. 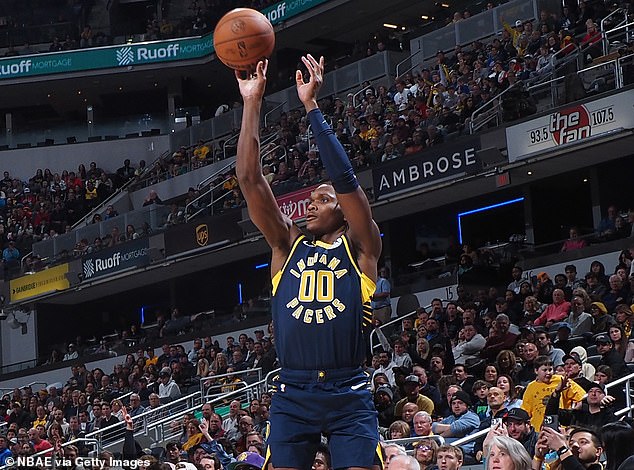 Karl-Anthony Towns had 25 points and Anthony Edwards scored 10 of his 22 in the third quarter as Minnesota outlasted shorthanded Miami.

Down to eight players due to injuries and rest on the second night of a back-to-back, the Heat led by 15 in the first half before Edwards sparked a third-quarter run.

Jaden McDaniels added 18 points for the Timberwolves, who won their fourth straight.

Kyle Lowry led the Heat with 21 points and Max Strus had 19. Bam Adebayo, playing in back-to-back games while dealing with a knee injury, had 17 points and 14 rebounds for Miami, which has lost four in a row.

Jimmy Butler missed his third straight game with a knee injury for the Heat, who were also without Tyler Herro, Duncan Robinson and Gabe Vincent. 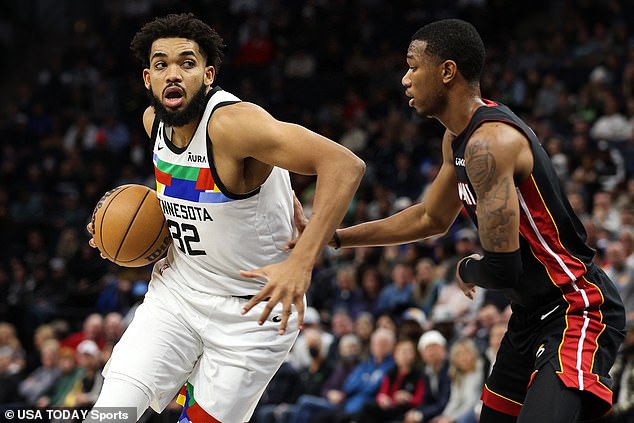 Jalen Brunson had a season-high 34 points while RJ Barrett and Julius Randle scored 25 each to lead New York over Oklahoma City.

Just eight days ago, the Thunder beat the Knicks in Madison Square Garden, scoring 145 points – including 79 in the opening half. But this time, New York held Oklahoma City´s offense in check for the bulk of the game. 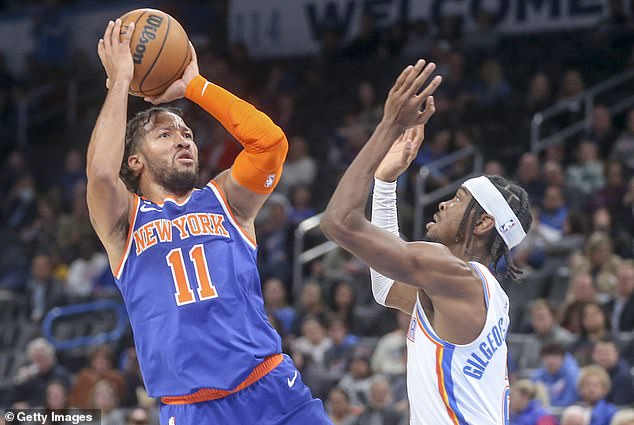 Norman Powell led the way for the Clippers with 30 points off of the bench as the Clippers were able to hand the Jazz a defeat on the evening.

Reggie Jackson registered a team high 36 minutes on his way to 27 points, and aided Powell in picking up the slack for a team that was missing Paul George.

Jordan Clarkson, and Lauri Markkanen gave their best efforts to by scoring 26 and 25 points respectively, but it was not enough to overcome LA’s more efficient scoring output. 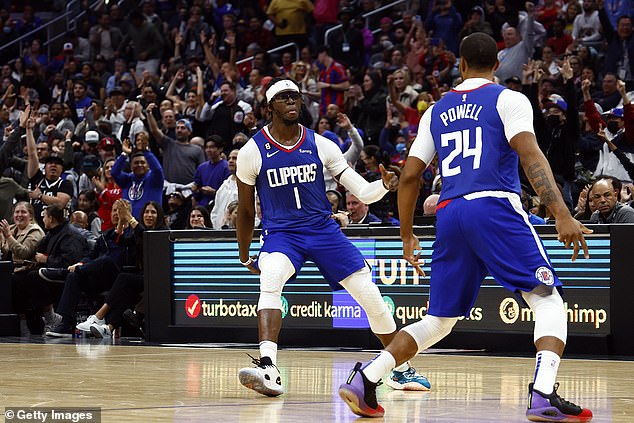 Electronic voting, an issue that unites the opposition and the ruling party