By Nathan Salt For Mailonline and PA Media

Golden State Warriors head coach Steve Kerr was left beaming that there has ‘never been anybody’ like Stephen Curry following the point-guard’s 45-point masterclass to defeat the LA Clippers.

Curry kickstarted the NBA’s 75th anniversary season with a triple-double to defeat the LA Lakers but this time he sent a timely reminder to the rest of the league of his incredible scoring ability.

A perfect nine from nine in the first quarter gave him 25 points and the Clippers had no answer to his mastery as they fell to a 115-113 defeat. 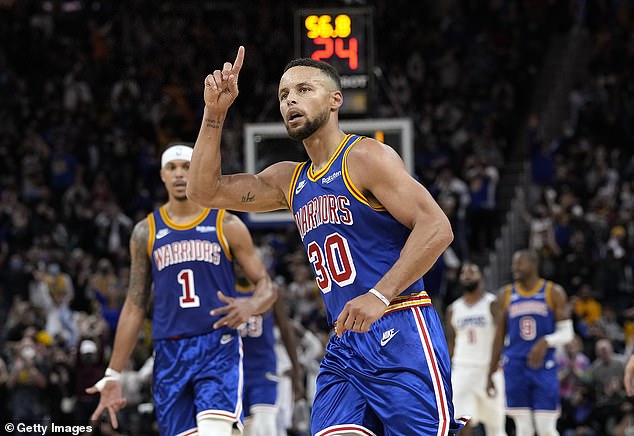 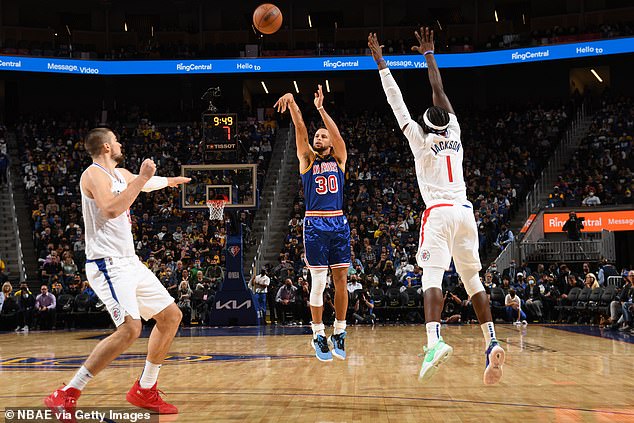 Curry put in a perfect 25-point first quarter, scoring from all nine of the shots taken

‘There’s never been anybody like him. Those last two three’s were ridiculous.’

He added: ”I never say (no), I want him to shoot every time… even though we’ve all been here watching it, I’m still blown away.

‘There’s never been anybody like him. Not just the shooting range, but just the competitiveness and the guts. Just an amazing player.’

Curry produced big shots at big moments inside an expectant Chase Center and few came bigger than a three-pointer to put them up 111-109 with less than a minute to go. 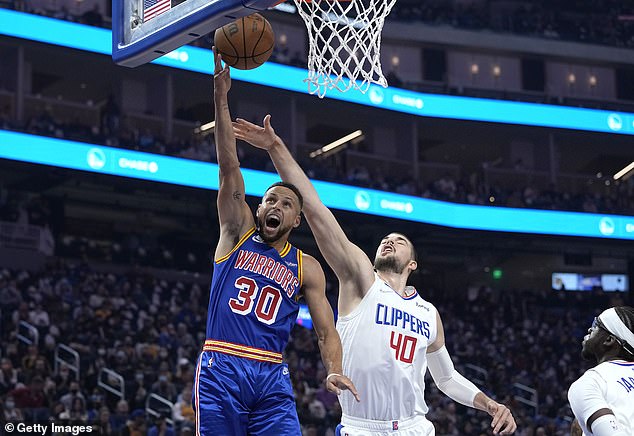 The Clippers, whose top scorer was Paul George with 29, found themselves down 44-27 after the first quarter, but held a 67-66 lead at the break.

It ultimately proved in vein as the Warriors bounced back to go 2-0 for the season – leaving Curry to take all the plaudits.

‘I really enjoy playing with the guy because he’s f***ing incredible.’

But while the Warriors were able to toast a second scalp of LA to maintain an unbeaten start to the season, it was a more sobering experience second time round for the defending champions Milwaukee Bucks.

Against the Miami Heat the Bucks, led by Giannis Antetokounmpo, who finished with a just 15 points and 10 rebounds, were beaten down emphatically, seeing a 40-point first quarter from the Heat finish in a 137-95 victory. 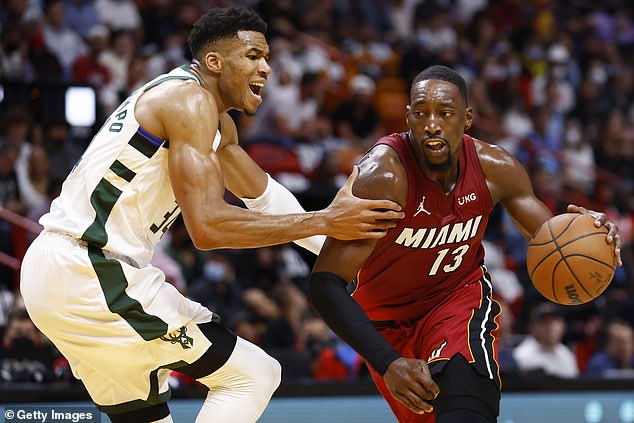 The stats said it all: the biggest Heat win in the last 25 seasons and also the biggest loss for the Bucks under coach Mike Budenholzer.

Leading them was Tyler Herro, who had 27 off the bench, while Jimmy Butler scored 21 and Bam Adebayo added 20 of his own.

‘Obviously last year we felt we got embarrassed being swept in the first round,’ Herro said. ‘Anytime we can bounce back and get revenge in a way.’

Elsewhere, the Atlanta Hawks recorded a 113-87 win over the Dallas Mavericks, Cam Reddish top scoring for Atlanta with 20 off the bench.

Firefighters were simulating a water rescue when it suddenly became reality

Firefighters were simulating a water rescue when it suddenly became reality