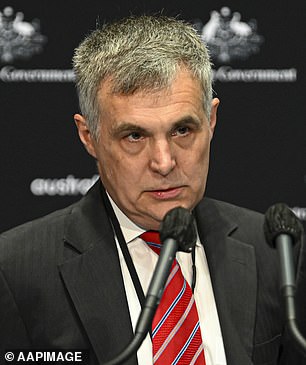 Bosses at Australia’s multi-billion high speed broadband network have told up to 50 staff over a Zoom call they could be made redundant in a department restructure – after the company’s CEO topped a list of the nation’s top government-paid executives last year.

The affected staff were told to work from home on Tuesday with each assigned a video meeting with managers, some as short as five minutes, during which they were told about the restructure, the Australian Financial Review reported.

The round of streamlining follows internet service providers complaining about technician shortages  for the optic fibre network, leading to an increase in service disruptions for customers.

CEO Stephen Rue, who was paid more than $3million by taxpayers last financial year, including a $1.2million bonus, said redundancies should be expected as the network construction wound down.

The 6,300 employee company already initiated a previous round of redundancies in 2020 – with 800 staff shown the door after the infrastructure was completed.

An NBN spokesperson told Daily Mail Australia as part of company policy, staff were told to work remotely this week on the day they were told about their department’s restructure.

‘As nbn transitions away from the initial build of the network, the company is continuing to evolve the structure and size of its internal workforce,’ spokesperson Greg Spears said

‘Employees at nbn who are personally impacted by organisational change are requested to work from home during the notification of the proposed restructure and start of the consultation process, with conversations held via videoconference.’ 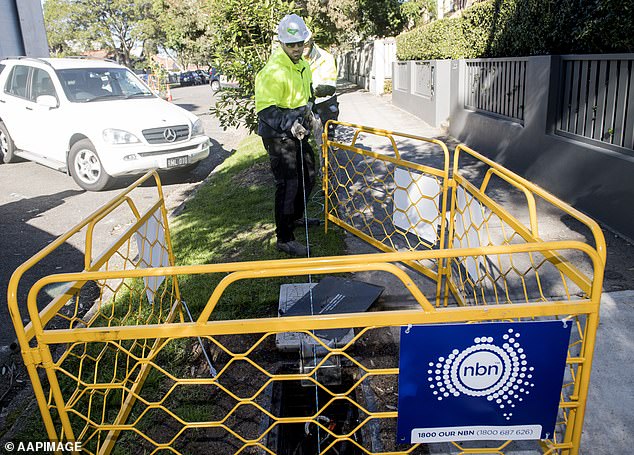 ‘This is an approach that nbn takes as a nationally located company to ensure a consistent and confidential experience for all employees, regardless of where they or their line management are based’.

‘All impacted employees are offered tailored support such as the voluntary use of independent counselling and advice through a dedicated Employee Assistance Program’.

NBN Co. revealed earlier this month the company was on track to hit revenue targets having raked in $3.5billion between July 2020 and March – a rise of more than 20 per cent over last financial year.

The government-owned corporation needs to pull in another $1billion by the end of June to hit their target. 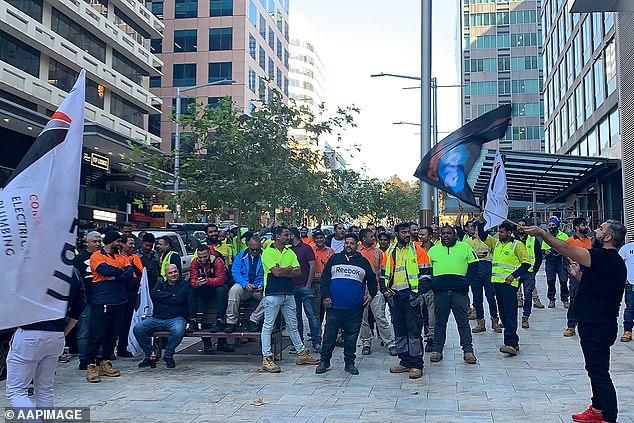 Telco providers have already this month slammed the NBN over technician appointments being cancelled causing disruptions for customers.

Optus, Telstra, TPG, Aussie Broadband and Vocus last week met with NBN chiefs in an attempt to sort out the bungle caused by a shift to a new system called ‘unify’ that schedules service and maintenance outcalls.

The new system automatically assigns technicians to new appointments after late cancellations – however, customers on the the new bookings are given next to no notice leading to widespread confusion.

It is understood the department restructure affects office staff and not technicians.