Nearly 40 dream researchers published an op-ed letter warning the public of companies taking over their dreams with commercials.

This technology, called targeted dream incubation (TDI), uses specific audio and visual stimuli, such as a movie, to induce specific imagery and sounds into the brain that people then see in their dreams.

‘Our dreams cannot become just another playground for corporate advertisers,’ the letter reads, urging the U.S. Federal Trade Commission to revisit its policies banning subliminal advertising to include ads that creep up in your sleep, too.

‘The potential for misuse of these technologies is as ominous as it is obvious.’

However, other experts have hit back at the letter stating implanted dreams will not have the same effect on consumers as traditional advertising does and note there are already laws to protect people from deceptive advertisements. 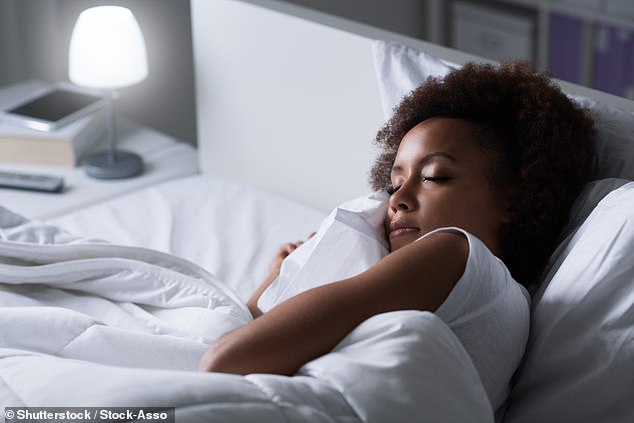 Nearly 40 dream researchers published an op-ed letter warning the public of companies taking over their dreams with commercials. This technology, called targeted dream incubation (TDI), uses specific audio and visual stimuli to induce specific imagery and sounds into the brain that people see in their dreams

The concerns of the researchers are largely regarding Coors Light’s experiment in January that aimed to show sports fans commercials while they slept after February’s Super Bowl.

‘Such interventions clearly influence the choices our sleeping and dreaming brain make in how to interpret the events from our day, and how to use memories of these events in planning our future, biasing the brain’s decisions toward whatever information was presented during sleep,’ reads the letter.

Dr. Deirdre Barrett, a Harvard professor, helped Coors create its TDI and when she caught wind of the letter, shared her stance on the project.

‘I completely agree with the passionately expressed core premise of that letter: the absolute ethical unacceptability of ‘passive, unconscious overnight advertising, with or without our permission’ that the letter predicts will follow these few dream-linked advertisements, Barrett wrote in the blog post. 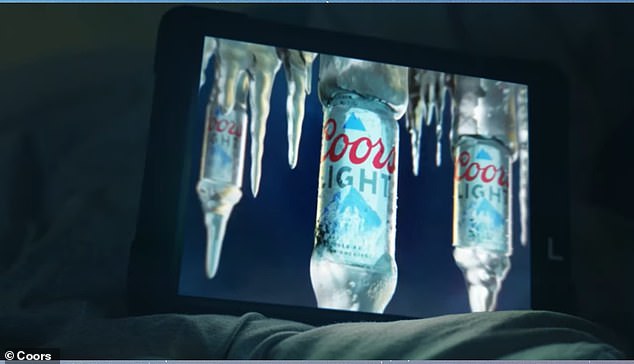 ‘However, I believe the call for ‘new protective policies [that] are urgently needed’ reflects a lack of familiarity with current statutes barring deceptive advertising.’

In regards to policies, she is referring to the US, Section 5 of the Federal Trade Commission Act prohibits ‘unfair or deceptive acts or practices in or affecting commerce.’

This includes advertising that a consumer would recognize to be an advertisement, specifically one shown as part of a dream.

Barrett also told Science Magazine that she did not view the Coors TDI as a true experiment.

‘The terminology in their publicity [Coors] and to a lesser extent the stimulus film’s instructions such as ‘targeted dream incubation’ and ‘implanting dreams’ had overtones of sci-fi and/or military mind-control experimentation,’ she explained.

‘I was unsuccessful in persuading them to abandon those terms and I am disappointed to see them echoed in a letter from those familiar with the standard terminology.’

Barrett also believes that such marketing tactics will have little impact on sleeping consumers.

‘Of course you can play ads to someone as they are sleeping, but as far as having much effect, there is little evidence, she told Science.

Although Barrett says the current technology will unlikely make people want to purchase items as soon as they wake up, the concerned dream researchers suggest it could happen in the future.

‘The potential for misuse of these technologies is as ominous as it is obvious,’ they shared in the letter.

‘TDI-advertising is not some fun gimmick, but a slippery slope with real consequences. Planting dreams in people’s minds for the purpose of selling products, not to mention addictive substances, raises important ethical questions.’