A banker is locked in a bitter legal spat with her millionaire hipster neighbours after they accused her of ‘trespassing’ by building a loft conversion ‘too close’ to their £1.5million home.

Liz Peck, who runs a gender-neutral organic kids’ clothing company, and her singer-songwriter husband Adam are locked in a court dispute with their neighbour Debbie Ranford after she built a roof extension at her flat in East Dulwich back in 2014.

Mrs Ranford built the extension only about an inch from her neighbour’s own loft conversion, with her builder then joining the two dormers by installing ‘infill’ material on the Pecks’ side of the boundary.

The Pecks have claimed the extension has resulted in water leaking into their home and a ‘big crack’ appearing in their wall.

The trendy couple are now suing their neighbour at Central London County Court, demanding that she is forced to dismantle the loft extension or pay them compensation.

The court heard that the banker built the loft room at her two-storey flat in affluent south London, after getting consent from her neighbours Mr and Mrs Peck.

But Mrs Peck, 49, told the court she was horrified when she learned that – in order to get a bigger loft room – Mrs Ranford had instructed her builder to build on the boundary line and encroach onto their property to join the dormers. 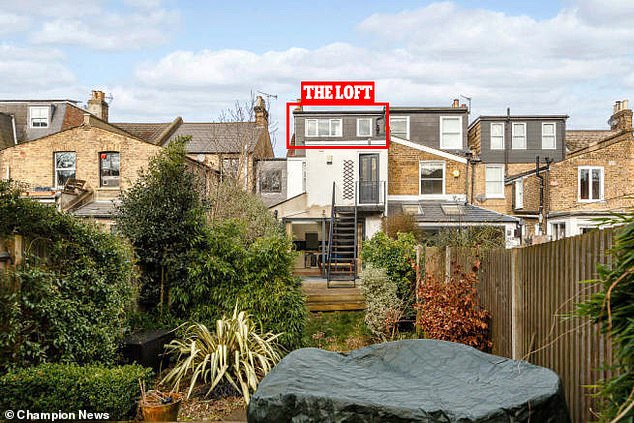 Mrs Ranford is fighting the case, claiming that the Pecks consented to her building on top of the ‘party wall’ separating the two properties and that the work she had carried out to join the rooms was ‘unavoidable.’ Mrs Ranford’s property is on the left 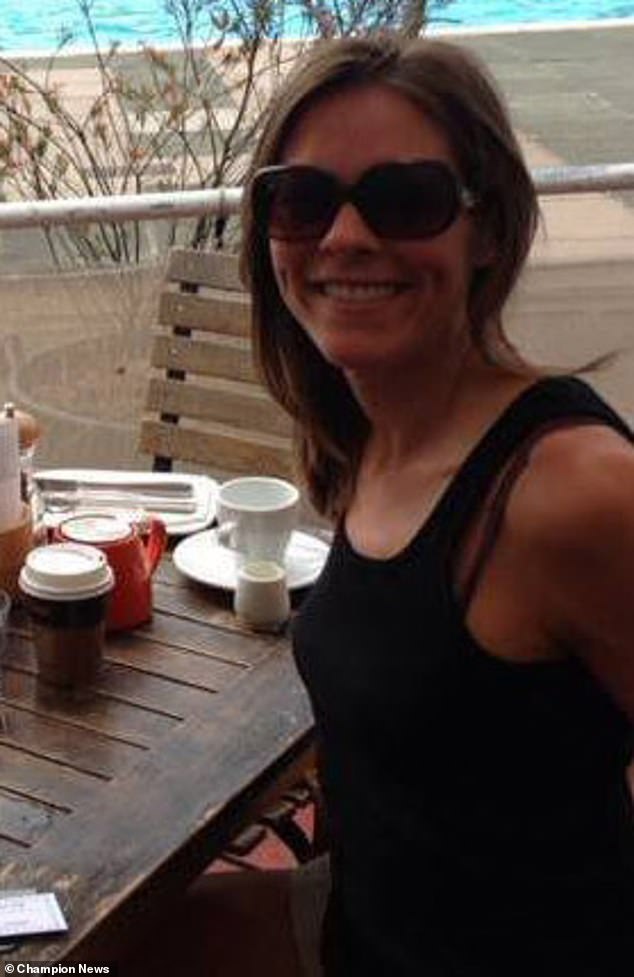 Banker Debbie Ranford (Pictured), who is locked in a court dispute with neighbours Liz and Adam Peck over loft extension in Bellenden Road, East Dulwich 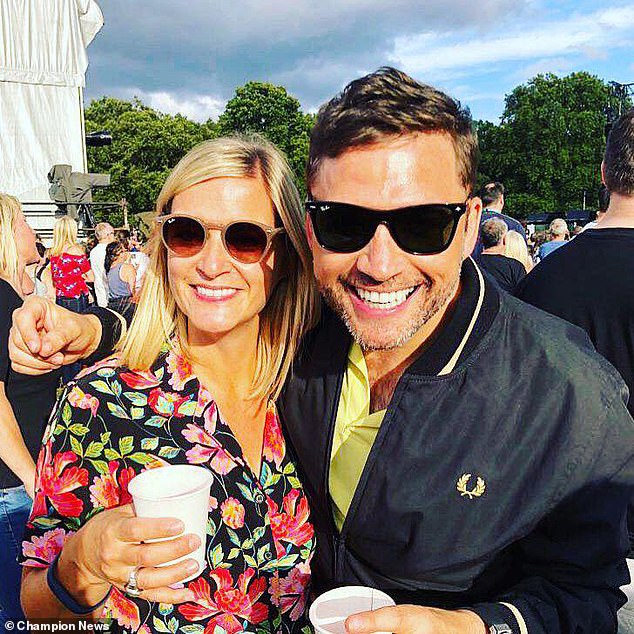 Liz Peck (left) , who runs the organic kids’ clothing business, and her singer-songwriter husband Adam (right) claim the extension has resulted in water leaking into their home and a ‘big crack’ appearing in their wall

Mrs Ranford is fighting the case, claiming that the Pecks consented to her building on top of the ‘party wall’ separating the two properties and that the work she had carried out to join the rooms was ‘unavoidable’.

The judge was told that Mrs Ranford, who works in regulatory reporting in a City bank, decided to do the work to her upper floor flat in 2014 and arranged for her neighbours to sign a Party Wall Notice to consent to it.

It involved building a dormer room in her loft, alongside the loft conversion which was already in place at the Pecks’ home next door when they purchased it in 2010.

The couple had previously been friendly with Mrs Ranford and her husband Ralph, and Mrs Peck had even been given a torchlit tour of the extension after a dinner party in April 2014.

But giving evidence, Mrs Peck told Judge Simon Monty QC that the work they consented to should have stopped short of the boundary between the two properties.

Their own loft conversion was itself just under an inch back from the party wall and they understood Mrs Ranford’s room was to be positioned to leave a gap between the two properties to allow for maintenance. 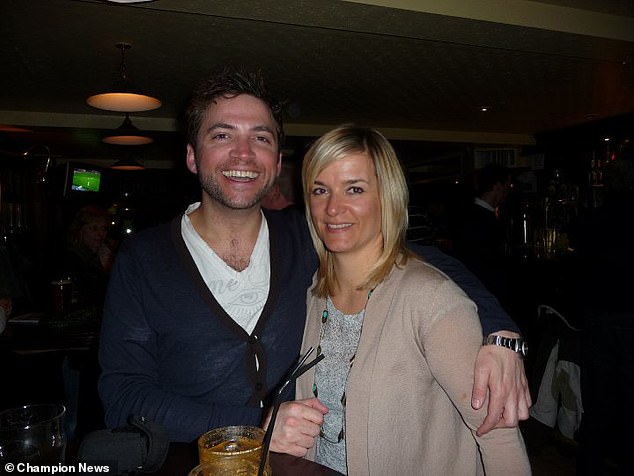 The Pecks (pictured) are now suing their neighbour at Central London County Court, demanding that she is forced to dismantle the loft extension or pay them compensation

The first Mrs Peck knew of it having been joined onto hers was when a roofer was investigating the cause of a leak and shouted down that her neighbour had built onto and over the boundary, she said.

‘We had no awareness that next door had built up and onto our property,’ Mrs Peck told the judge.

‘To see that, you have to be right at the end of our garden.

‘Given the party wall notice we had signed, we had no cause to check on the works.’

Her husband Adam Peck added: ‘It was quite a shock to understand and discover that something very different had been built.’

Representing the couple, barrister Richard Egleton said Mrs Ranford had opted not to leave a gap between the two extensions because she did not want to have a smaller loft room.

Instead of leaving a gap, the builder had extended the party wall upwards to use as the outer wall of Mrs Ranford’s loft room, with the gap between the two dormers filled with material on the Pecks’ side to prevent weather damage. 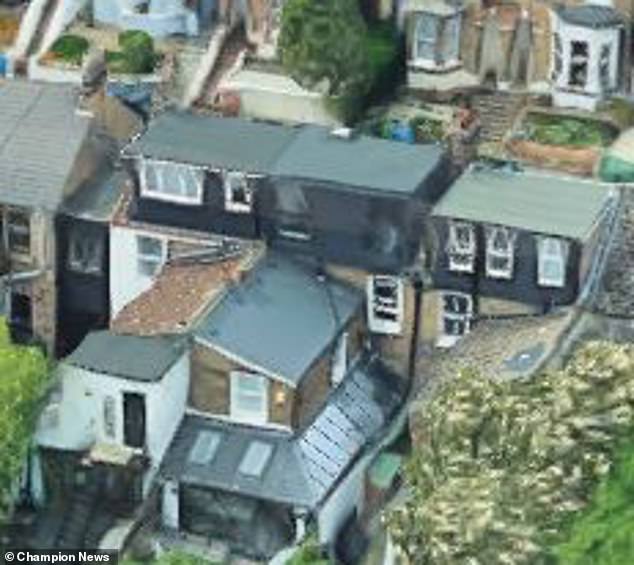 The Pecks are asking for a ‘mandatory injunction requiring the removal of that part of the defendant’s dormer extension which is built on the party wall’ or damages. Mrs Ranford’s property can be seen on the left

The barrister claimed the work had resulted in a ‘clear trespass’ and that Mrs Ranford should be ordered to dismantle the dormer in order to remove the parts of the extension works which are on the Pecks’ side of the boundary and the party wall.

‘The only person to benefit from this [trespass] is the defendant Mrs Ranford, though the defendant seeks to suggest that the work carried out is to the benefit of the claimants,’ he told the judge.

‘The defendant Mrs Ranford, on discovering that the claimants’ extension was 1.5cm or thereabouts from the party wall, did not wish her extension room to be smaller than shown on her architect’s plan – to allow for a bigger gap between the two dormers and hence easier maintenance – and so decided to proceed with the option of making the room bigger by building on the party wall.’

He added: ‘The claimants also contend that the works have interfered with the structural integrity of their property and caused damage in that in 2015, and again in 2018, they experienced leaks and cracks in the party wall at first floor level. The damage amounts to a nuisance.’ 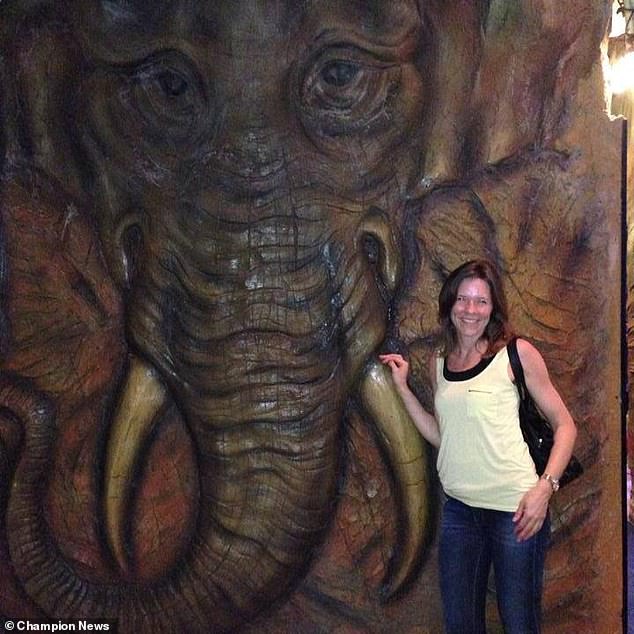 Representing the couple, barrister Richard Egleton said Mrs Ranford (pictured) had opted not to leave a gap between the two extensions because she did not want to have a smaller loft room

Mr Egleton said the clash between the neighbours had ‘blighted’ both of their properties, since neither would be able to sell while the dispute rages on. Mrs Ranford had herself failed twice to sell her flat, he said.

Giving evidence, Mrs Ranford said that building on the party wall and joining the dormers was ‘unavoidable’ due to fire regulations and for the purpose of weather proofing.

None of her actual extension is on the Pecks’ side of the boundary, with the only material on their property being the ‘infill’ material used to join and weather-proof the two structures, she said.

‘We have not crossed over the wall in terms of our building,’ she told the judge. ‘The only overlapping part beyond the party wall is for the purpose of weather proofing.’

She added: ‘The pragmatic solution is to appoint a surveyor to advise us on a next step. We were always willing to follow a joint surveyor.’

The Pecks are asking for a ‘mandatory injunction requiring the removal of that part of the defendant’s dormer extension which is built on the party wall’ or damages.

If the dormer extension is allowed to remain, they want Mrs Ranford to re-do the weather-proofing by replacing the ‘infill’ material which is on their property.

Mrs Ranford is defending the Pecks’ claim on the basis that it was filed too late after the work was carried out in 2014.

The amendment to the original scheme was also unavoidable due to fire regulations and the Pecks had consented to that amendment, she says, also insisting there has been no damage caused to her neighbours’ property by the raising of the party wall.

This Indoor Cycling App can help You Stay Positive