Neighbours are at war after a Hong Kong businessman’s $1.3million development began to look like ‘piles of shipping containers’.

Benny Wu bought De Brueys Boutique Wines in Mareeba, Far North Queensland, in 2015 with the intention of building a resort with 108 cabins across 27 blocks.

But neighbours are claiming the development is a world away from the initial artist impressions, which showed modern light-filled rooms with glass walls and wood panelling. 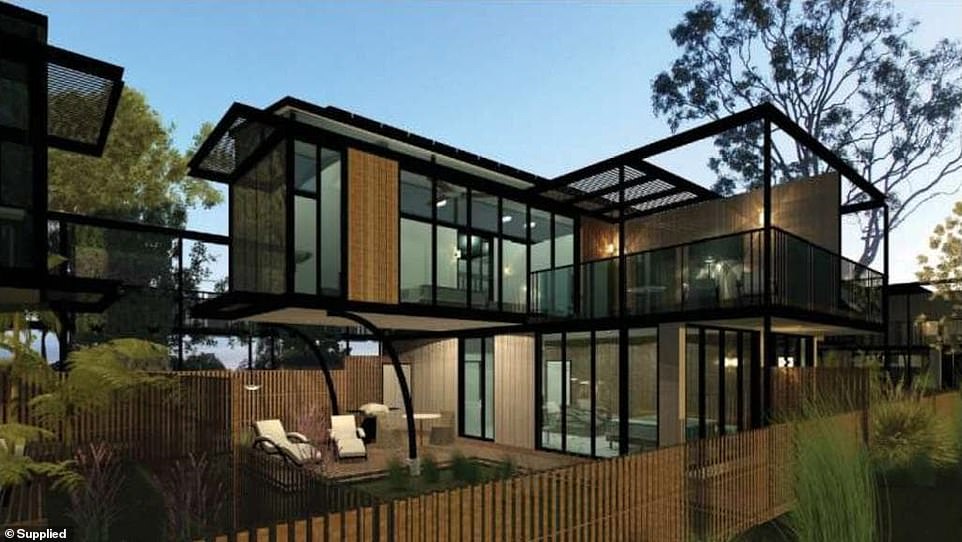 Pictured: The artist impression showed the modern cabins would have extensive glass and wood panelling

The disgruntled locals complained to Cairns Post after the ‘shipping containers’ began to appear at the construction site.

One woman, who wished to stay anonymous, said the development is ‘nothing like his original proposal’.

‘When we got the original plan a few years ago we thought, oh yeah, it’s going to be a nice resort and employ people in town,’ she said.

‘Then the containers started showing up, and they got closer and closer to the boundary.’

The woman even invited Mareeba shire councillors to her home so they could inspect the project. 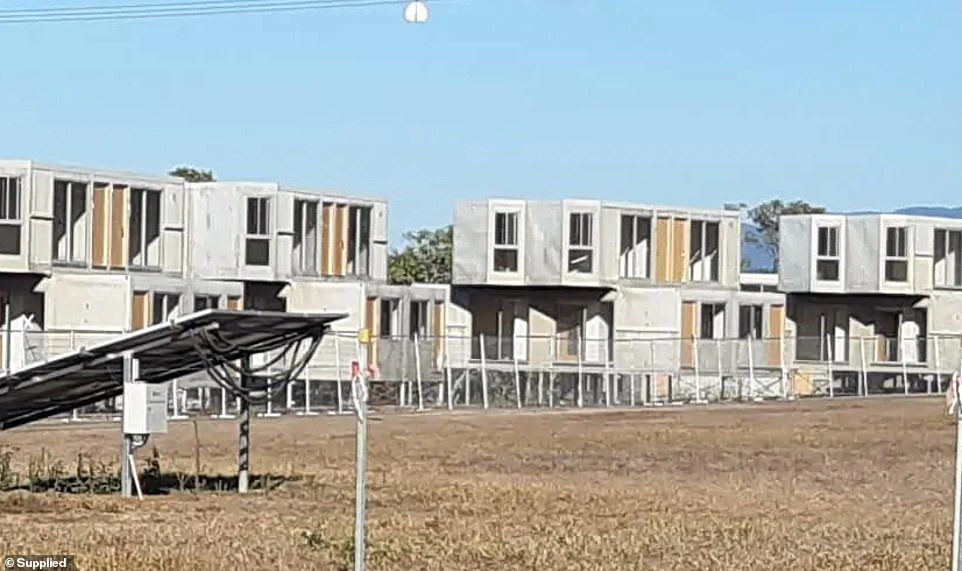 A Mareeba Shire Council spokesman said they have listened to a number of concerns from residents in the area.

‘Concerns have been raised and council will be mindful of these concerns during future dealings. There is no evidence of a breach at this time,’ the spokesman said.

Mr Wu’s property portfolio includes Double Island, the Whitfield House wedding venue and a number of other properties around Cairns.