A defiant Neil Lennon insists he is still the man to transform Celtic‘s fortunes after another embarrassing defeat to Sparta Prague sent his side crashing out of Europe.

A second straight 4-1 defeat to the Czech champions ended hopes of Europa League progress and heaped fresh pressure on the under-fire Parkhead boss. 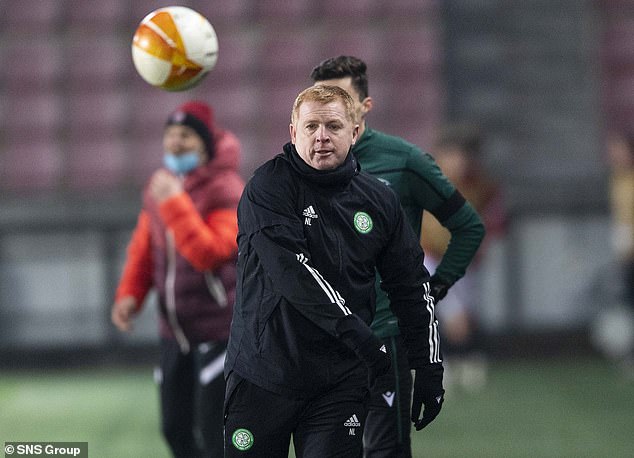 More amateur defending saw the Parkhead side ship two goals before half-time, however, the walls caving in completely in the last 10 minutes.

Parkhead hat-trick hero Lukas Julic helped himself to another two as Lennon defied calls for his head by insisting he still has what it takes to turn things around.

‘Of course I do. I know this group better than anybody. 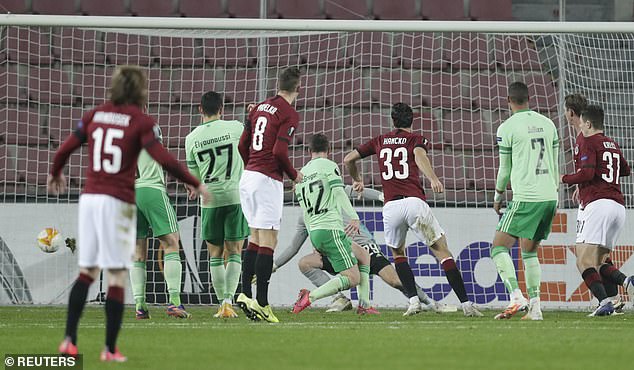 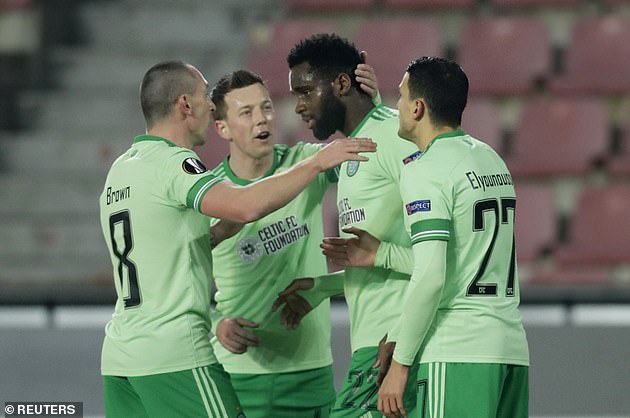 ‘Look, at the end of last year we lost to Rangers and everyone was writing us off.

‘We were getting slaughtered from all and sundry, whether it was our own supporters or everyone else in the game saying the league was over.

‘So we’ve been here before.

‘We put a great run together in the second half of last season and we can do that again.

‘This feels a little bit different – that we have a bit more work to do – but we’re still quite confident we’ll turn it around.

‘We’ve got a lot of work to do catching up in the league but it’s not beyond us. Far from it.’

One point from a possible 12 after four games represents an awful return for the pot one team in the group. Defying growing calls for his head from supporters, however, he added: ‘I’ve been in situations like this as a player.

‘There is no reason for me to believe that we can’t turn it around.

‘They are an excellent group.

‘I think they are just lacking a little bit of unity at the minute. I don’t know if that is because we are living through a pandemic and there are things out of their control. 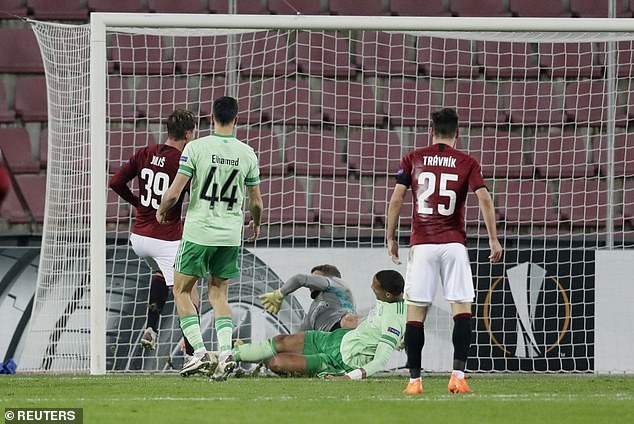 ‘I think they are missing atmosphere of the stadiums as well.

‘We have to try and remedy that and adapt to it.

‘I think it’s more psychological than anything else really’ Slow to emerge from the dressing room, the Parkhead boss conducted a post match post mortem into what ails his players Twelve months since eight of last night’s starting eleven secured qualification for the last 32 by topping their group, the Northern Irishman admits he is scratching his head over what has gone wrong.

‘It was a conversation I put out to the players to get their opinions.

‘We’re hoping, having spoken about it, they can galvanise themselves from that.

‘It’s not good enough, it’s unacceptable the manner of the defeat.

‘That’s two defeats to Sparta now. But I thought the performance was nowhere near as disjointed or as bad as it was two weeks ago.

‘And I felt we deserved better out of the game. That has to be something we’ve positive about.

‘When you’re going through a run like this confidence is a big thing. And a few of them are lacking a bit of confidence.

‘It’s my job to keep with them and for them to keep with us to turn a corner.’ Celtic return to a home league game with Ross County on Sunday. Critical of the defending in a 2-2 draw with HIbs at Easter Road the return of Christopher Jullien did nothing to arrest the haemorraging of goals.

‘We are bitterly disappointed with the run that we are on. But we know we have the minerals to turn it around.

‘And we know we have to turn it around quickly, but it’s something that is not goiing to happen overnight. 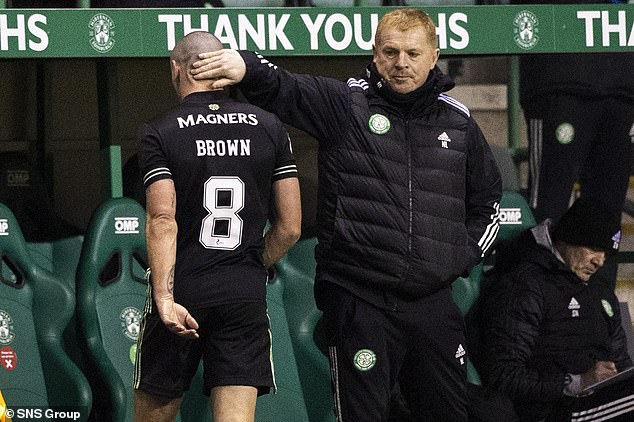 ‘We are out of Europe so we have to concentrate on domestic duties now that is the whole focus.

.’The league is the priority now. We have a League Cup game at the weekend.

‘We have to defend that trophy then look forward to a run of games in the league that will hopefully bring a bit of confidence and momentum.

‘That’s what we are lacking at the minute. It’s been very stop start.

‘We are looking a bit disjointed as a group. We need that unity back because they prove to me last season that they can do it.