Netanyahu spokesman: Israel will become the first country in the world to defeat Corona 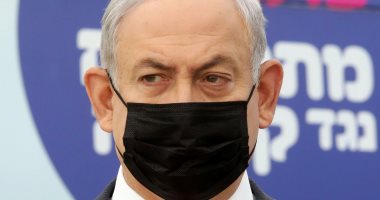 Ophir Goldman, a spokesman for the Israeli Prime Minister, said that half a million Israelis have received vaccinations against Corona, and at this rate we will be the first country in the world to completely defeat the pandemic. This came, according to the American news channel Al-Hurra.

Yesterday, Monday, the health authorities in Israel announced the registration of 3,498 new cases of the new Corona virus during the past 24 hours, and the Ministry of Health stated, in a statement reported by the Israeli Jerusalem Post, that the total number of infections exceeded 399,000 cases, of whom 360,000 recovered.

She indicated that the death toll rose to 3226 cases nationwide after 16 cases were recorded yesterday, while there are 590 serious cases and 144 cases related to ventilators.

Professor of Chest Diseases in Qasr Al-Aini: The number of Corona injuries in Egypt is about 20 times the announced figures