Patients with mild cases of COVID-19 are just as likely to suffer from fatigue, depression, and other neurological symptoms as those with severe cases, a new study finds.

Researchers from University College London included more than 100,000 patients included in the meta-analysis, and found the most common symptoms were loss of smell, weakness, and fatigue.

Some of these symptoms were even more common in patients with mild cases of COVID-19 than those with more serious illnesses.

These findings suggest that more research and treatments should focus on neurological and psychiatric symptoms of the coronavirus – which are also often tied to sufferers who have long-term symptoms. 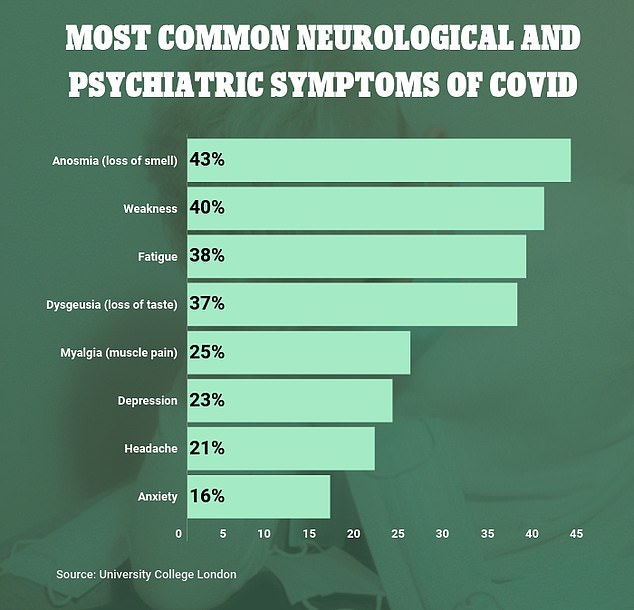 Loss of smell, fatigue, and other brain- and nervous system-related symptoms were common in COVID patients, including those with mild symptoms

When people think of COVID symptoms, they usually picture symptoms similar to the common cold or the flu.

The Centers for Disease Control and Prevention (CDC) finds fever, cough, shortness of breath, fatigue, and new loss of taste or smell as the most common symptoms.

As the pandemic has progressed, however, researchers have learned that patients should also watch out for another category of symptoms – those connected to the brain (psychiatric) and nervous system (neurological).

A new study from an international group of researchers, led by psychiatrists at UCL and University of Edinburgh, demonstrates just how common these symptoms are.

The study is a meta-analysis, meaning the researchers looked for overall patterns from a number of studies that all examined COVID symptoms in patients who were in early stages of their disease progression.

The researchers analyzed data from 215 studies  including more than 100,000 people with COVID symptoms in spring and summer 2020.

Among those 100,000 patients, the most common symptom was anosmia, reported by 43 percent of patients.

Anosmia – or loss of smell – has become a well-known neurological symptom.

Some studies suggest that it may be a better indicator that someone has Covid than other common symptoms – unlike other symptoms, it’s not shared with colds or the flu.

After that, the most common symptoms were physical weakness – reported in 40 percent of patients – fatigue (38 percent), and loss of taste (37 percent). 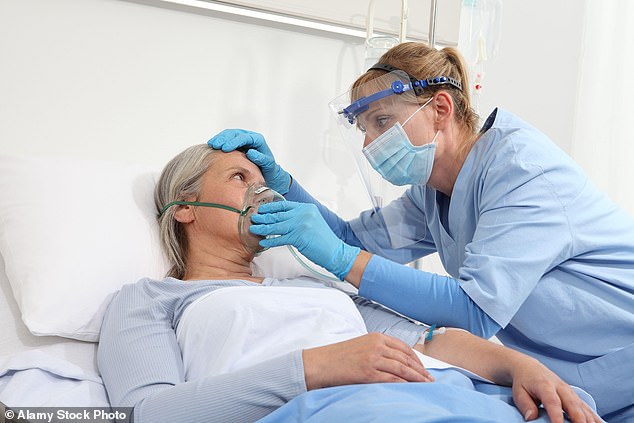 The majority of patients included in this study were hospitalized, indicating that they had severe COVID cases.

However, among those who had milder cases, these neurological and psychiatric symptoms were still common.

Finding that these symptoms were so common in patients with mild cases surprised the researchers.

‘We had expected that neurological and psychiatric symptoms would be more common in severe Covid-19 cases, but instead we found that some symptoms appeared to be more common in mild cases,’ said Dr Jonathan Rogers, a psychiatrist at University College London and lead author on the study, in a statement.

‘It appears that Covid-19 affecting mental health and the brain is the norm, rather than the exception.’

While the findings may seem surprising, they are in line with other research – particularly on long COVID, a condition in which patients suffer from COVID symptoms for weeks or months after their diagnosis. 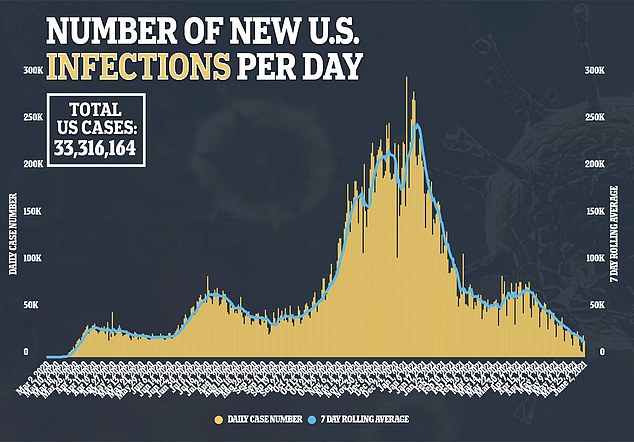 U.S. COVID cases are down, but millions are still suffering from long COVID

According to a survey of long COVID patients, the most common symptoms for this condition are fatigue and muscle aches.

Long Covid research also suggests that the numbers in this study may be undercounts, because some long Covid patients do not suffer symptoms when they are first diagnosed – but become sick later on.

Some long COVID patients have advocated for neurological and psychiatric symptoms to be studied more closely, in order to understand how they may be treated.

Rogers agrees: ‘Many factors could contribute to neurological and psychiatric symptoms in the early stages of infection with Covid-19, including inflammation, impaired oxygen delivery to the brain, and psychological factors. More studies are needed to understand these links better,’ he said.

Another senior author on the paper, psychiatrist Dr Alasdair Rooney at the University of Edinburgh, also stressed the importance of future study and treatment for patients suffering these symptoms.

‘Mental health services and neurological rehabilitation services should be resourced for an increase in referrals,’ he said.

This study was published Thursday in the Journal of Neurology, Neurosurgery and Psychiatry. 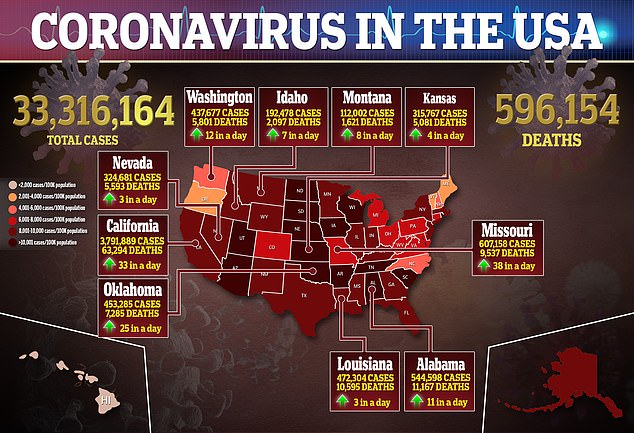 Joe Biden will get vaccine live on TV next week

'Stop! He has a family': Social media reacts to outrageous piece of skill from Cristiano Ronaldo...