Gary Neville claimed Harry Kane toyed with Ruben Dias and Aymeric Laporte as he lauded the Tottenham forward following his man-of-the-match display in his side’s 2-0 win against Manchester City.

The England captain set up substitute Giovani Lo Celso for the second goal and moved on to nine Premier League assists for this season as his side went top of the Premier League after defeating Pep Guardiola’s men.

During the latter stages of the game, Neville lauded the 27-year-old, with the former Manchester United right-back claiming it was his best performance in a Spurs shirt since inspiring his side to a 4-1 victory against Liverpool at Wembley three years ago. 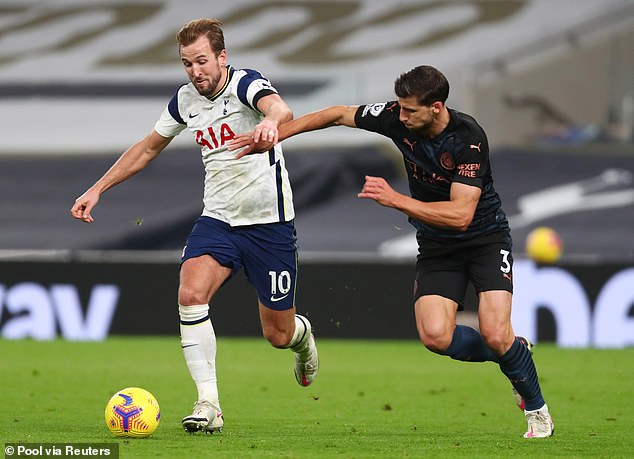 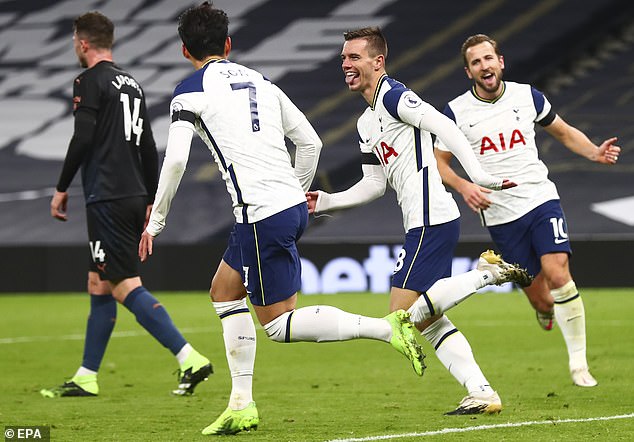 ‘He is messing with them [Dias and Laporte] like you wouldn’t believe. I remember a few years ago at Wembley when they played against Liverpool and Kane was sensational against Dejan Lovren that day and he got substituted.

‘This is as good as I’ve seen Kane play since. He’s has some brilliant games but this in a top game, a hard game against Manchester City. He’s been spectacular.

‘Aymeric Laporte and Ruben Dias are £40million-£50m centre-backs. These are top centre-backs, and they’ve been given the run-around.’ 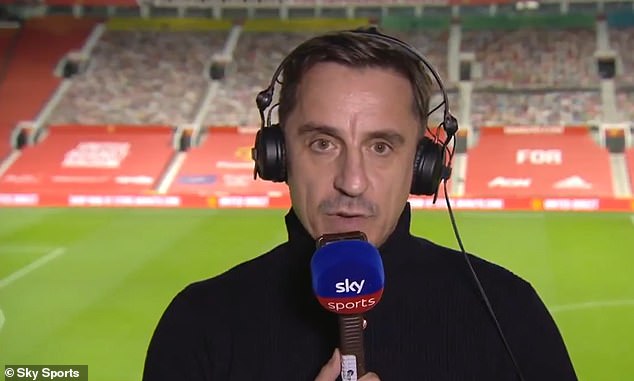 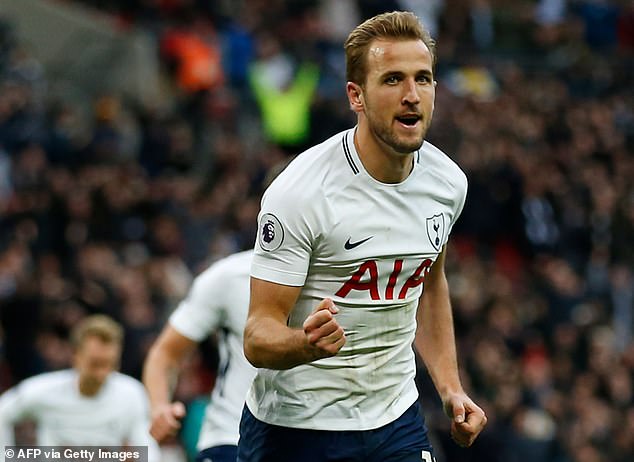 After the game, Neville added: ‘Spurs have been outstanding in their defensive shape but he [Kane] has been absolutely outstanding.

‘He hasn’t scored but his overall performance has been so good.’

On that day in October 2017, Kane scored twice in a 4-1 win following a poor Reds performance to go level on points with Manchester United in second.

But his side now sit top and speaking after the game, Kane insisted that his main task on the day was to ensure his side had an outlet to allow goalscorer Son Heung-min and Steven Bergwijn space to exploit the City defence.

Asked about his role during the game, Kane – who also has seven league goals to his name this season – replied: ‘Mainly just to hold up the ball. Especially when you’re under the cosh a bit Just winning fouls, trying to bring others into play. 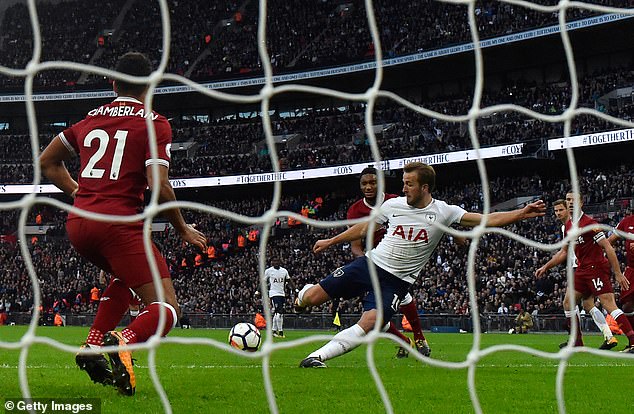 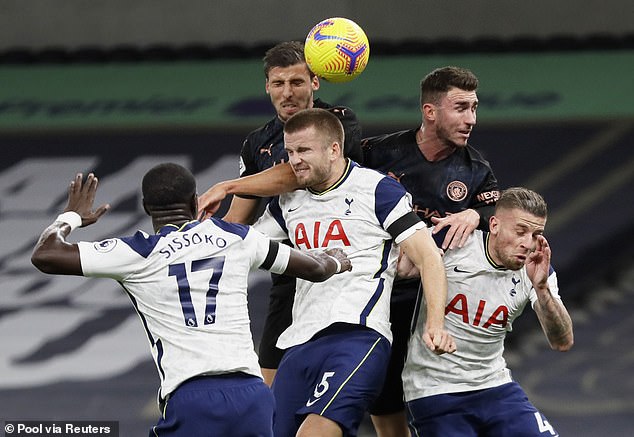 ‘On the counter attack if I’m the line dropping deep then I know I’ve got runners in behind. Thankfully we took advantage of that.’

At one stage, Kane led the statistics for most tackles of any player on the pitch, and asked if it was another string to his bow, he added:  ‘Yeah absolutely. It’s s tough season and you need to do all you can to win games.

‘It’s an up and down year, you’ve seen that already and yeah, part of my job is to work hard for the team, win tackles. Obviously score goals and get assists but I enjoy defending I enjoy working hard.

‘The feeling after the game when you’ve put in a great shift there’s no better feeling when you win. We’ll enjoy it but we know we’ve got a long way to go.’ 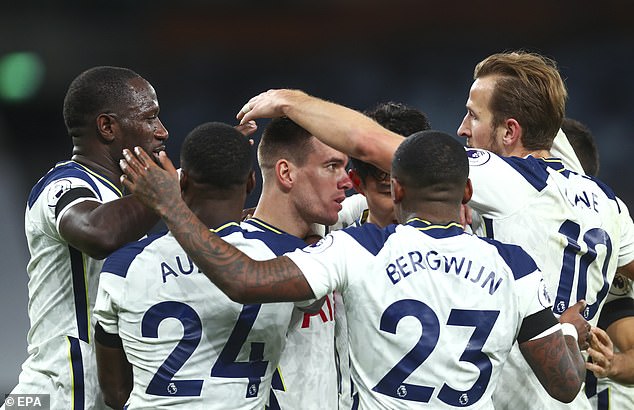