‘Is it an intentional elbow? Only Barnes will know’: Gary Neville questions whether Burnley striker meant to catch Toby Alderweireld with leading arm which drew blood from the Tottenham defender

Gary Neville says only Ashley Barnes will know if he meant to hit Toby Alderweireld with his header which drew blood from the Belgian.

The incident happened early into Burnley‘s game with Tottenham as the pair jumped and contested for the same ball.

Barnes looked to fend off the centre-back while competing for the ball in the air and caught him flush on the eyebrow, drawing blood. 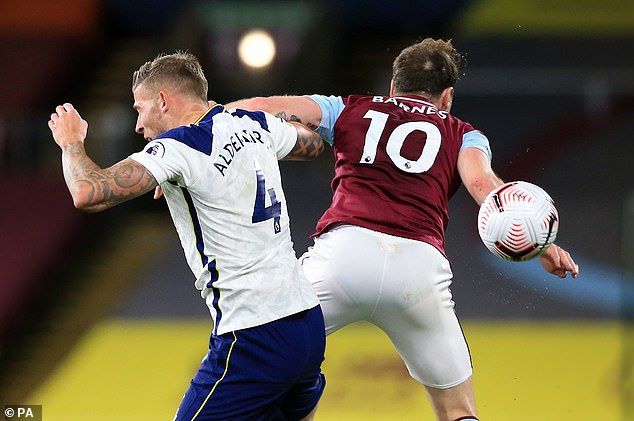 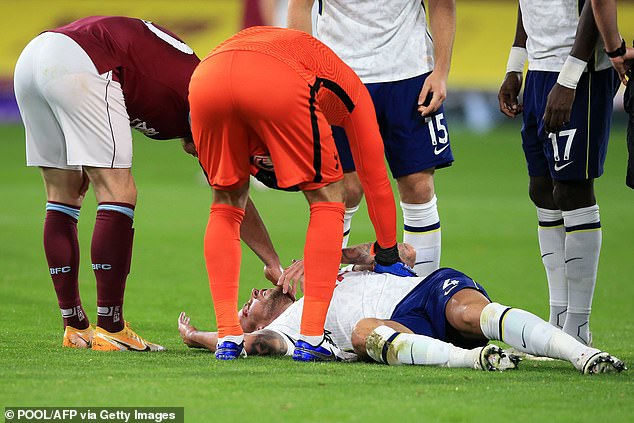 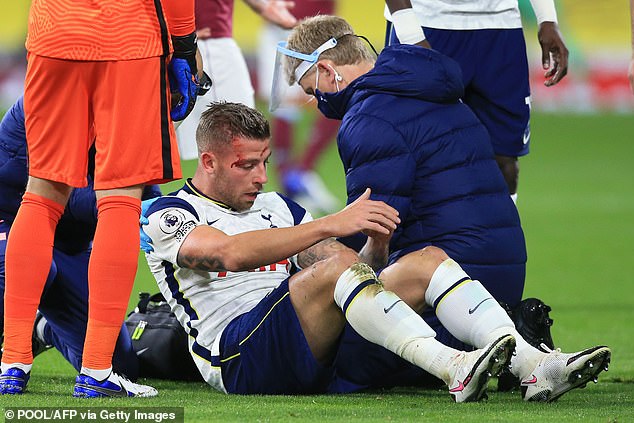 Play stopped for several minutes as the Belgian had a swab applied to the cut and was patched up leaving him with a white headband for the rest of the game.

The incident was not punished, though Monday Night Football pundits Neville and Jamie Carragher spoke about the incident at half-time.

Neville said:  ‘You always end up with fifty of these a season where you say is it an intentional elbow? Only Barnes will know. 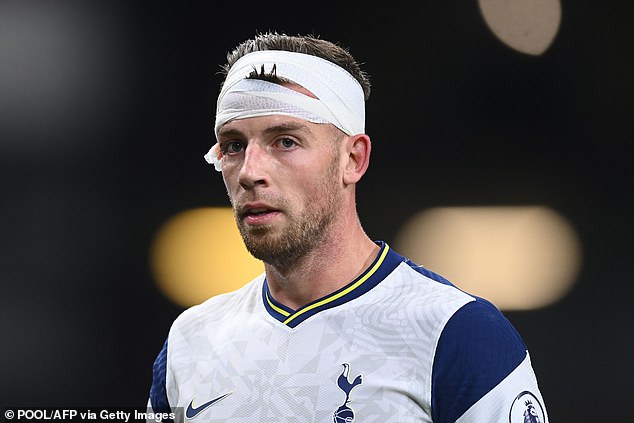 ‘That was the classic 20 years ago when you’d get one of them a game where the forward will lean with his elbow and leave one on you and not make it look like a mistake.’

Carragher added: ‘I’m not sure how Jose Mourinho reacted when the incident happened and what he’ll say after the game but I’m with Gary but it’s always the same sort of players who get involved in those type of situations.’ 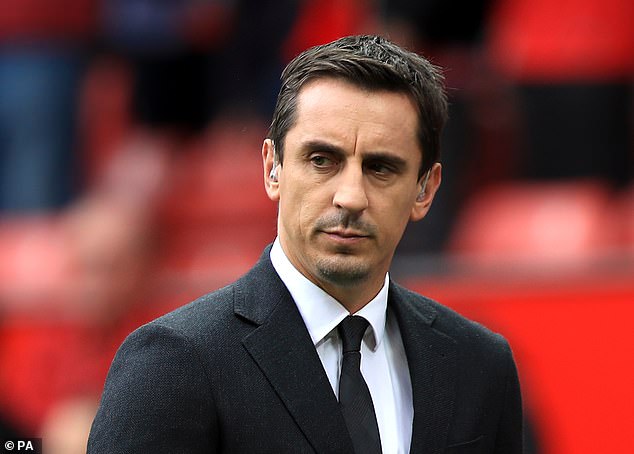 Barnes was not punished for the challenge and Neville added that another player on the pitch is similar when jumping up for the ball.

He said: ‘Harry Kane does it. He does it sometimes in a clever way he’ll jump with his arm and just a leave a little one on him.’

Carra joked in response: ‘Don’t say nothing about Harry Kane he’s my mate.’

Tottenham took the lead in the contest on the 76th minute through Son-Heung Min following another assist by Kane.