Electric cars will get green number plates: Drivers of eco-friendly vehicles will get special marking that could allow them to use bus lanes and park for free

By Tom Payne Transport Correspondent For The Daily Mail

Drivers of electric cars are to be given green number plates that could allow them to use bus lanes and park for free.

Transport Secretary Grant Shapps said the plates will be introduced from autumn as part of a £1.5billion drive to stimulate the economy by accelerating zero emission motoring.

The plates will feature a green band on the side that can be recognised by automatic number plate recognition cameras which monitor bus lanes. 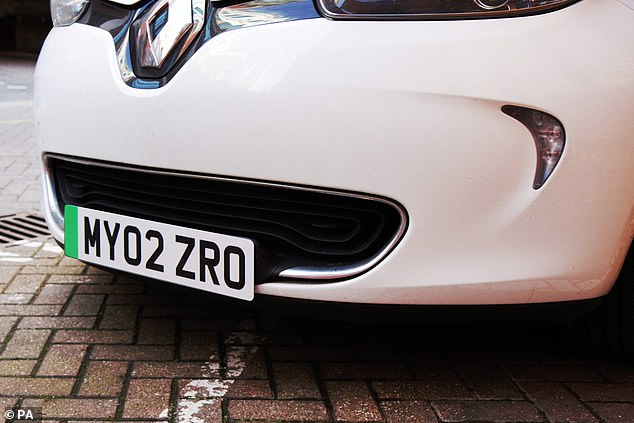 Benefits could include free or cheaper parking, permission to use bus lanes and free entry into low-emission areas, such as the London congestion charge zone. Hybrid vehicles will not qualify.

Ministers hope the perks will encourage motorists to go electric by turning green plates into a sought-after status symbol.

The move is intended to offer a shot in the arm for Britain’s auto industry which has been crippled by the coronavirus crisis.

Boris Johnson is also said to be considering a scrappage scheme offering motorists up to £6,000 to ditch petrol or diesel cars for an electric vehicle.

However, motoring groups have warned the incentives could fuel resentment among petrol and diesel owners who are unable to afford the high up-front cost of zero emission vehicles which can be £10,000 more expensive to purchase.

Currently only one in 500 cars on the road is fully electric.

‘Green number plates could unlock a number of incentives for drivers and increase awareness of cleaner vehicles on our roads, showing people that a greener transport future is within our grasp.

‘We’re supporting small businesses to develop the transport tech of the future through a multimillion pound investment, ensuring that UK businesses remain at the forefront of low-carbon innovation and research.’

Mr Shapps’ announcement follows reports last week claiming the Prime Minister was said to be considering plans to give drivers up to £6,000 to exchange their petrol or diesel car for an electric model. 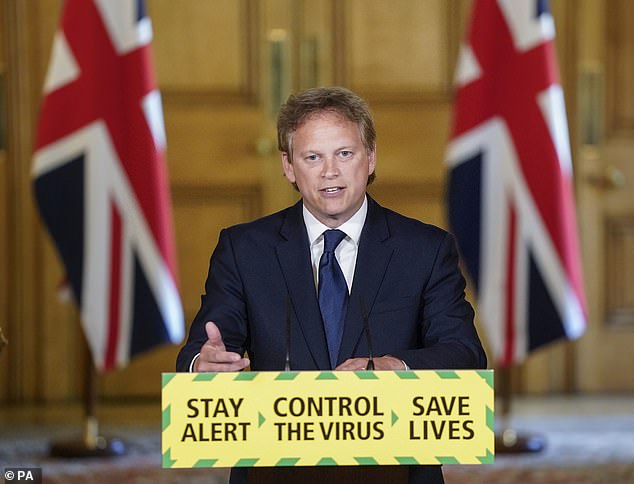 Transport Secretary Grant Shapps said the plates will be introduced from autumn as part of a £1.5billion drive to stimulate the economy by accelerating zero emission motoring

Edmund King, president of the AA, said he welcomed the switch to partially green numbers plates and said that 37% of his organisation’s members had voiced support for the change.

‘Having a green flash on the number plate may become a badge of honour for some drivers,’ said Mr King.

‘We support this concept, which shows that the electric vehicle revolution is now moving from amber to green.’

But the RAC said it was not convinced the new plates would provide much incentive for motorists to opt for greener cars.

Rod Dennis, a spokesman for the organisation, said: ‘While this is well-intentioned, we don’t believe green number plates on their own will do much to make people switch to an electric car.

‘We’d much prefer the Government looked at things like bringing in the right financial incentives.’

Coronavirus: Restaurant bosses in plea to PM for help

Mercury Prize-winner Michael Kiwanuka: ‘I am not an imposter’

Trade Stocks and Options as a Business

10 essentials that helped me conquer a 3-day hiking trip

'They've carried us': How Reds grounds crew gave team a boost without fans

Mercury Prize-winner Michael Kiwanuka: ‘I am not an imposter’

10 essentials that helped me conquer a 3-day hiking trip

'They've carried us': How Reds grounds crew gave team a boost without fans