When players come back to their clubs at the end of the forthcoming international break, they will be unable to resume training until they have returned a negative Covid-19 result with Prenetics, the company behind the Premier League’s testing programme. Currently, players are tested once a week.

During the previous break, players could start training again immediately with their clubs as long as they had tested negative in their national team bubble, and Wolves boss Nuno Espirito Santo has sounded the alarm as he prepares for the majority of squad to disperse across the world next week to play for their countries. 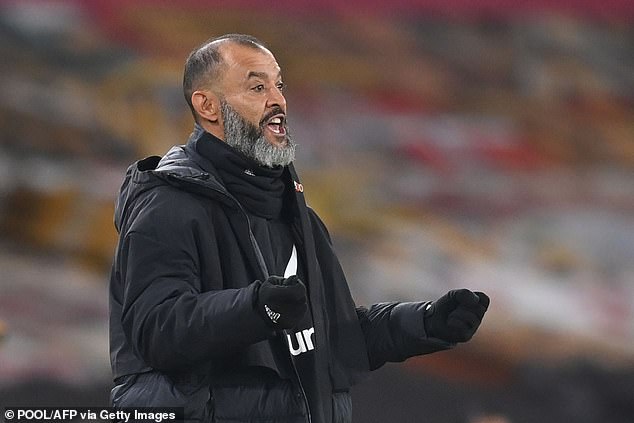 ‘We are concerned, and it’s not only about Wolves,’ said Nuno. ‘I think all the managers are concerned about it and the risks that are involved.

‘If a player returns on Tuesday or Wednesday and has to wait for the Premier League testing to start, what is he going to do in the meantime? At the moment we are waiting more than 24 hours for the results of the tests.

‘How are the League going to do it? You have African players, European players, players involved with Mexico or USA. All these things have to be really clear for us so we can prepare well and avoid surprises. If the Premier League say they can’t train before their test results, how is that going to work?’ 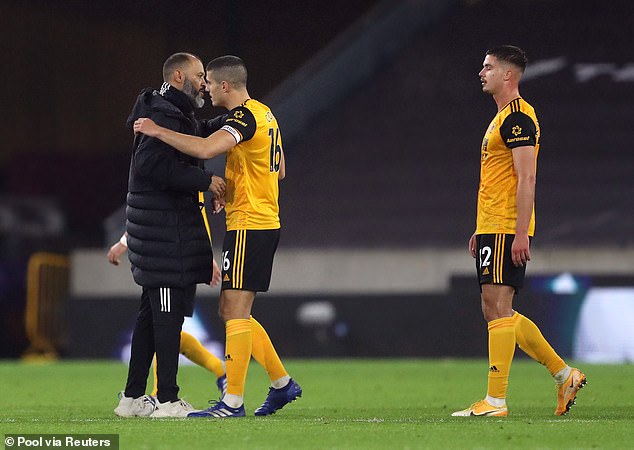 The new procedure was agreed at Thursday’s Premier League shareholders’ meeting but is thought to have worried a number of clubs. The League are believed to have made the switch because the lack of a standardised FIFA system makes it difficult to keep track of every national side’s individual testing programmes.

But Nuno also questioned why international friendlies are being staged at all, given the risk of travel during the pandemic.

He added: ‘It’s very hard to understand. I am always asking myself: ‘Does it have to be this way?’ Shouldn’t it have been prepared a different way due to the pandemic? We are asking players to move all over the world and then when they return, there is a risk for the next game.’