A judge and jury at Exeter crown court were presented in 1884 with a chilling and somewhat unusual problem: is it acceptable to kill and then eat a ship’s cabin boy?

In the dock, accused of murder, were sailors Thomas Dudley and Edwin Stephens. They had been taking the yacht Mignonette, along with Edmund Brooks and 17-year-old cabin boy Richard Parker, to Australia when it sank off the coast of west Africa.

The crew drifted helplessly in a dinghy for more than three weeks. After ten days with no food and little fresh water, Dudley and Stephens held down the sickly cabin boy, butchered him with a penknife and ate his remains. Four days later, they were rescued.

The question the court had to consider was this: did the desperate circumstances justify the murder? The jury failed to agree, but the two men were convicted in a higher court. 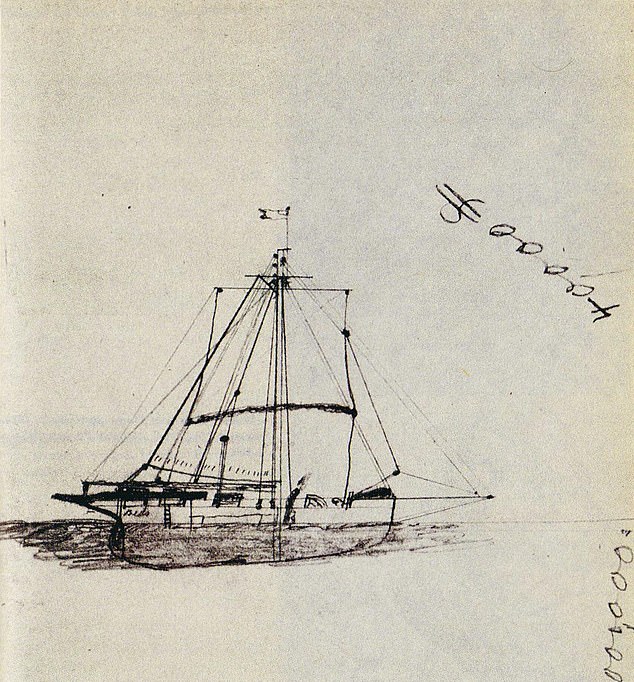 Dudley and Stephens had been taking the yacht Mignonette (pictured), along with Edmund Brooks and 17-year-old cabin boy Richard Parker, to Australia when it sank

They were saved from the gallows by the court of public opinion. Even the victim’s family was sympathetic — the boy was already on the brink of death — and the sentence was commuted to six months in prison. On release, Dudley emigrated to Australia, where he was known as Cannibal Tom. Brooks, who gave evidence against his shipmates, joined a freak show as The Cannibal of the High Seas. 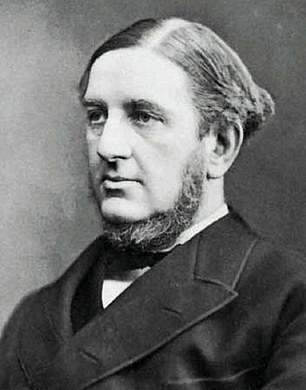 Thomas Dudley (pictured) and Edwin Stephens had been taking the yacht Mignonette, along with Edmund Brooks and 17-year-old cabin boy Richard Parker, to Australia when it sank off the coast of west Africa

Yet, behind the grisly details of the case, there was an important legal principle at stake. The verdict helped to cement the idea that necessity is no defence against a murder charge. It is one of many such landmark cases featured in this history of murder, a history which doesn’t stretch back as far as you might think.

According to author Kate Morgan, the legal idea of murder was invented by the Vikings, who made it illegal to kill a Dane on English soil. By the time of the Norman conquest, ‘murdrum’ was punishable by death. But what exactly is murder?

Sir Edward Coke, attorney general to James I and one of history’s sharpest legal minds, coined a definition that became the foundation of future law: ‘Murder is where a man of sound memory . . . unlawfully killeth any reasonable creature . . . under the King’s Peace, with malice aforethought.’

A murderer must be sane, the killing must be a deliberate act, and not carried out under conditions of war.

Kate Morgan’s book is a detailed account of the subtle way that the law has changed over the years to embrace self-defence, insanity, diminished responsibility, medical incompetence, corporate manslaughter, dangerous driving, even death by bicycle.

‘For an offence that has not fundamentally altered since it was last defined over 600 years ago, murder has proved to be a remarkably slippery concept,’ she writes.

Kate Morgan has penned an account of how laws surrounding murder have subtly changed throughout the year. Pictured: The lifeboat in which Richard Parker met his end at the hands of his hungry crew mates

The problem has been to distinguish between murder — killeth with malice aforethought etc — and fatal attacks for which there might be some reasonable excuse. It was such an attack in the Tower of London, for example, which first prompted judges to produce a definition of manslaughter.

One evening in 1707, two friends, drummer John Mawgridge and Lieutenant William Cope, held a drunken celebration in the Tower Guard Room. A fight broke out over a female guest, and Mawgridge ran Cope through with his sword. 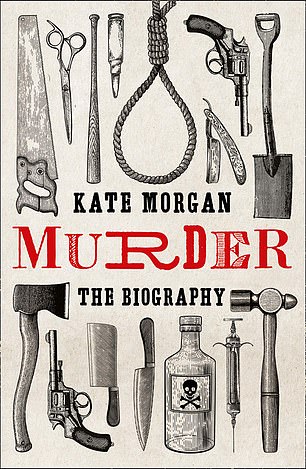 Mawgridge’s defence — he claimed Cope had thrown a bottle of wine at him — failed to impress the judges, who set out the provoking circumstances under which a manslaughter defence might succeed.

Catching a man in bed with your wife, for example, was enough to escape a murder conviction. ‘Adultery is the highest invasion of property,’ said the judges.

That defence was used (unsuccessfully) as recently as 1945, after a man killed his wife when she admitted an affair. Upholding his conviction for murder, the House of Lords said: ‘We have left behind us the age when the wife’s subjection to her husband was regarded by the law as the basis of the marital relation.’

The law has constantly adapted in response to new problems. Are doctors guilty of murder if they operate on conjoined twins, knowing that one of the twins will die? The Court of Appeal decided in 2000 that such an operation could proceed, having considered — among other points of law — the Exeter cannibal case.

Can you murder somebody you already believe to be dead? In 1964, labourer Cyril Church attacked Sylvia Nott, a young mother who had taunted him for being unable to seduce her in the back of his van. Believing she was dead, he threw her into the nearby River Ouse, where she drowned. 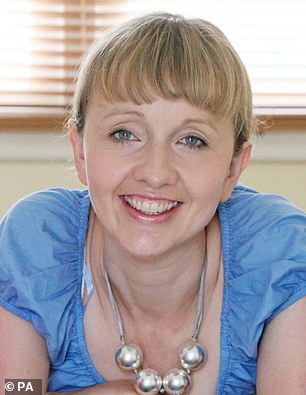 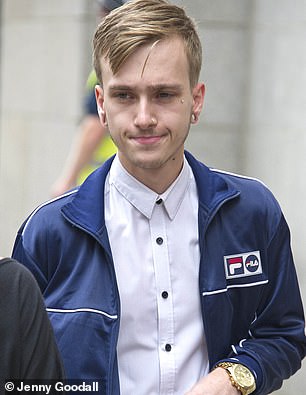 In 2016, office worker Kim Briggs (left) was crossing a road in London during her lunch break when she was hit by a cyclist, Charlie Alliston (right), at 14mph. He did not have a front brake. She died in hospital from her injuries

A judge at Nottingham crown court ruled that, as she was alive when he thought he was disposing of her dead body, he could not be guilty of her murder. Instead, he got 15 years for manslaughter.

Sometimes, real life catches the law by surprise, and the law has to improvise. In 2016, office worker Kim Briggs was crossing a road in London during her lunch break when she was hit by a cyclist, Charlie Alliston, at 14mph. He did not have a front brake. She died in hospital from her injuries.

The law on driving deaths had not taken cycling into account. The jury rejected a charge of manslaughter, but Alliston was jailed for ‘wanton and furious driving’, an offence dating to 1861.

Attentive readers might have one quibble. Morgan writes that murder was for many years, until 1969, the only crime punishable by death. Actually, you could still be executed for treason until 1998. Which meant that you could be hanged for making love to the wife of the monarch’s eldest son. Especially if you did so while also demanding the creation of a republic.

There were the deadliest national park sites in the U.S., according to an analysis of National...