New mother Princess Eugenie risked a night of no sleep as she was pictured heading home at 3am this morning.

Yesterday evening Eugenie, 31, joined sister Princess Beatrice, 33, for a well-deserved night off from parenting duties as they attended an intimate dinner hosted by James Blunt’s wife Sofia Blunt to launch Loci vegan sneakers in aid of the Blue Marine Foundation.

Beatrice, who gave birth to her daughter Sienna in late September, was accompanied by her Italian husband, Edo Mapelli Mozzi, 38, as they attended the glamorous members club Maison Estelle.

Eugenie, whose son August was born in February, put on a stylish display in a black dress, before wrapping up in a green tartan coat at the end of the night. 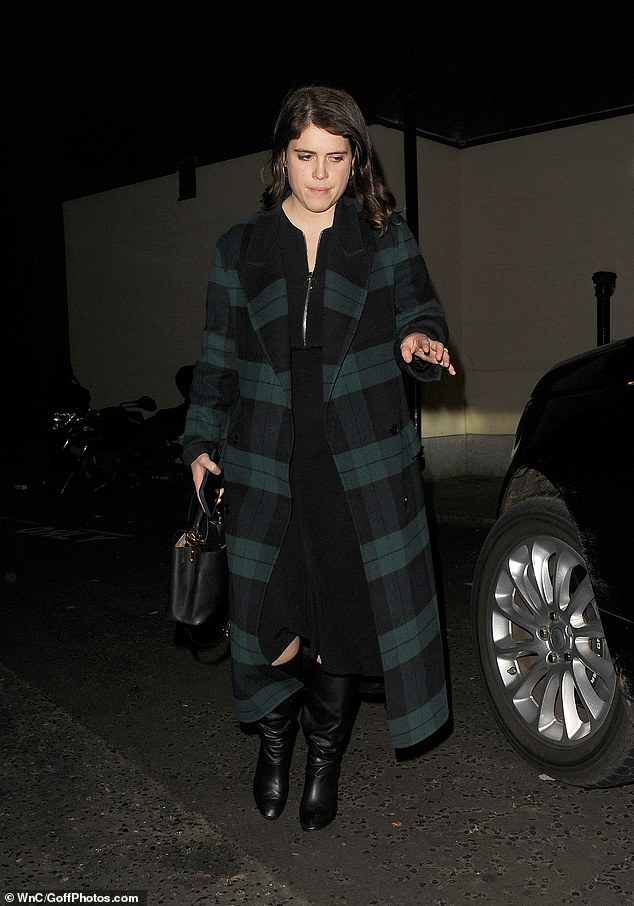 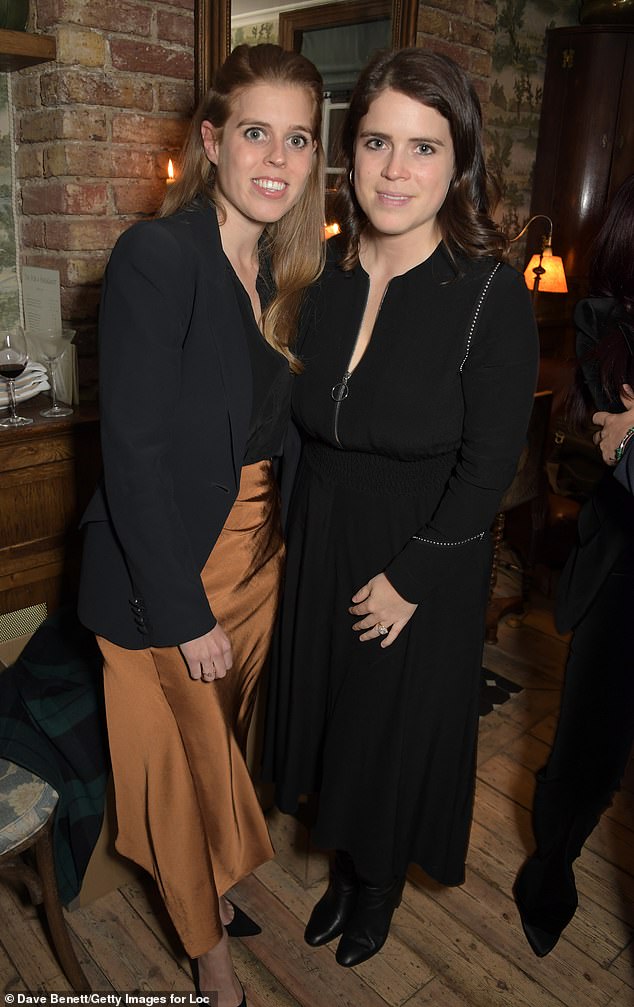 Princess Beatrice, 33, and Princess Eugenie, 31, enjoyed a night off from parenting duties as they attended an intimate dinner hosted by Sofia Blunt to launch the Loci vegan sneakers in aid of the Blue Marine Foundation in London 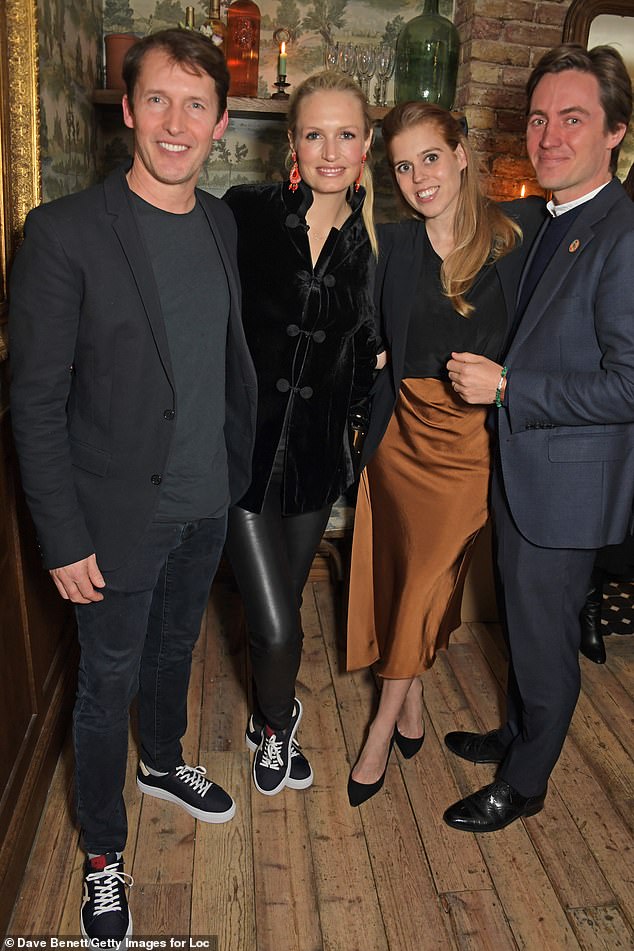 Edo Mapelli Mozzi, right, Beatrice’s husband, joined her as she spent the evening with James, 47, and Sofia Blunt, 38, left

Earlier in the evening  the two sisters looked in high spirits as they were spotted enjoying the company of their hosts.

Beatrice, who gave birth to Sienna nearly two months ago on September 18, showed off her svelte figure in a colourful skirt, which she paired with a black v-neck top, blazer and matching high heels.

Her copper hair was styled in a wavy blow-dry that cascaded down her shoulders, while her makeup was natural yet glamourous, with just a dash of mascara and eyeliner.

Meanwhile, Beatrice’s husband Edo looked smart in a navy blue suit, which he wore over a blue jumper and a crisp white shirt. 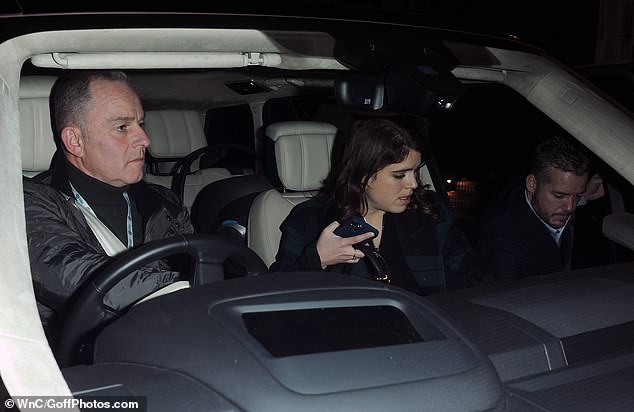 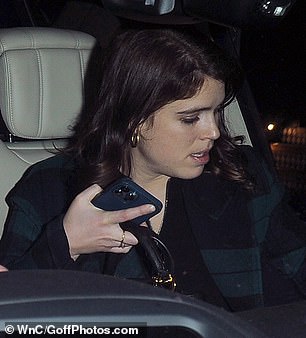 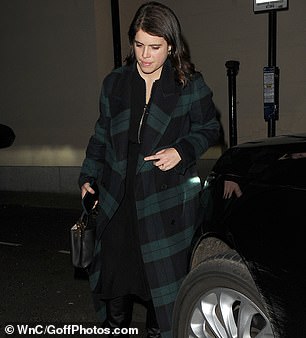 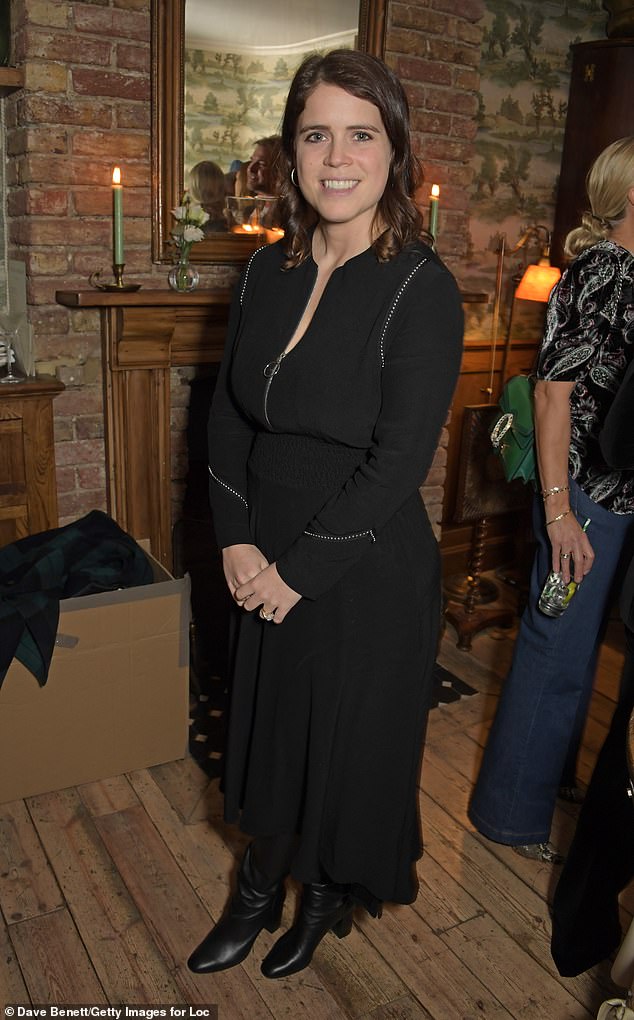 Hostess Sofia Blunt was wearing a faux-fur jacket with leather leggings. She planted a kiss on Princess Eugenie’s cheek 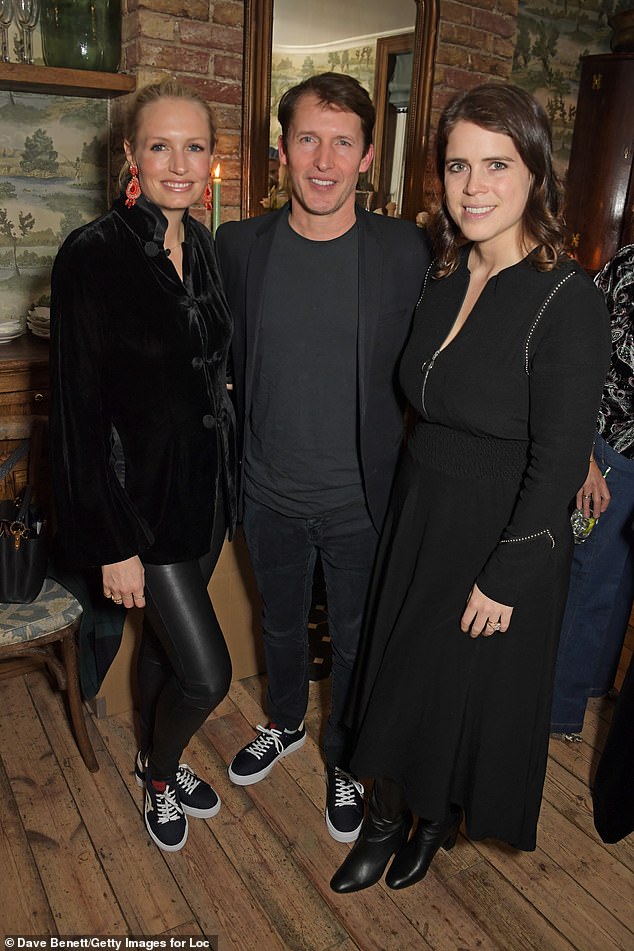 Beatrice’s sister Eugenie cut a chic figure in a long-sleeved black dress, which she paired with black leather boots.

Apart from her beautiful engagement ring and wedding band, she kept her jewellery to a minimum, accessorising with only a pair of gold hoop earrings.

The royal parents seemed to be enjoying a night off parenting duties as they mingled during the party.

Hostess Sofia looked in high spirits as she planted a kiss on Princess Eugenie’s cheek.

The sustainability guru, 38, who is a trustee of the Blue Marine Foundation, was wearing a faux-fur black jacket with a pair of leather leggings and black trainers.

Her husband, singer James Blunt, 47, looked relaxed in a dark blue jeans with a black blazer over a jumper. 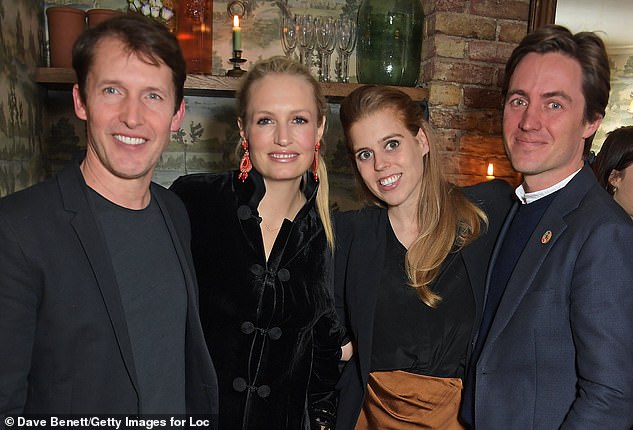 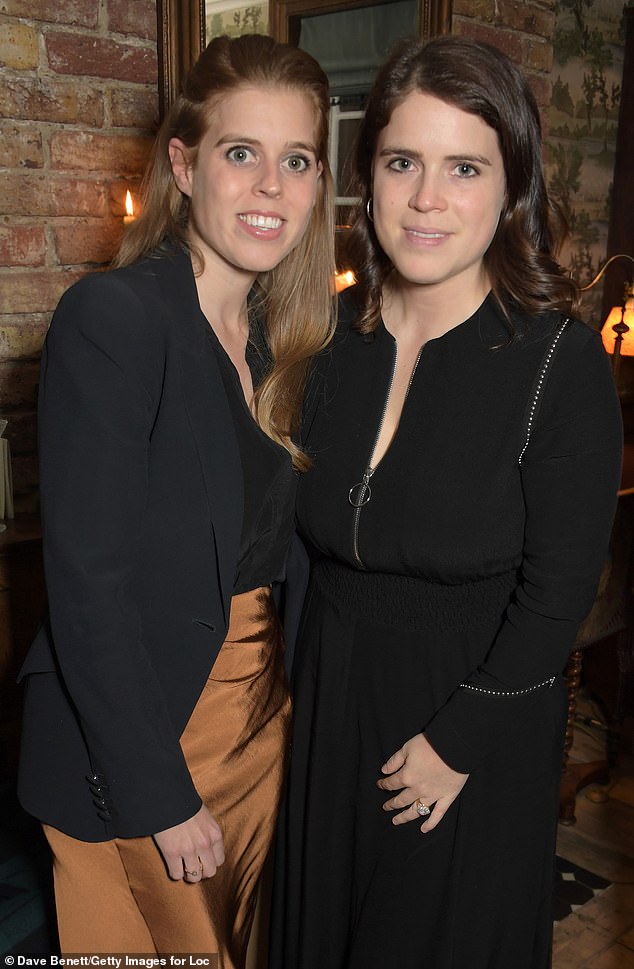 The two royal sisters seemed delighted to be spending some quality time together. They both welcomed children this year 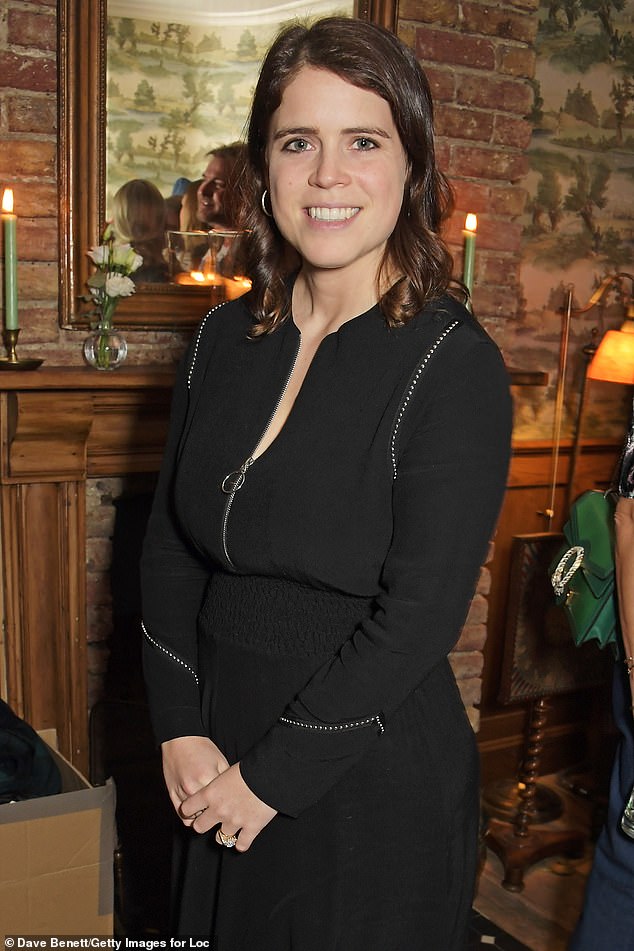 Princess Eugenie sported a wavy hairstyle and a natural makeup for tonight’s event. She was also wearing hoop earrings