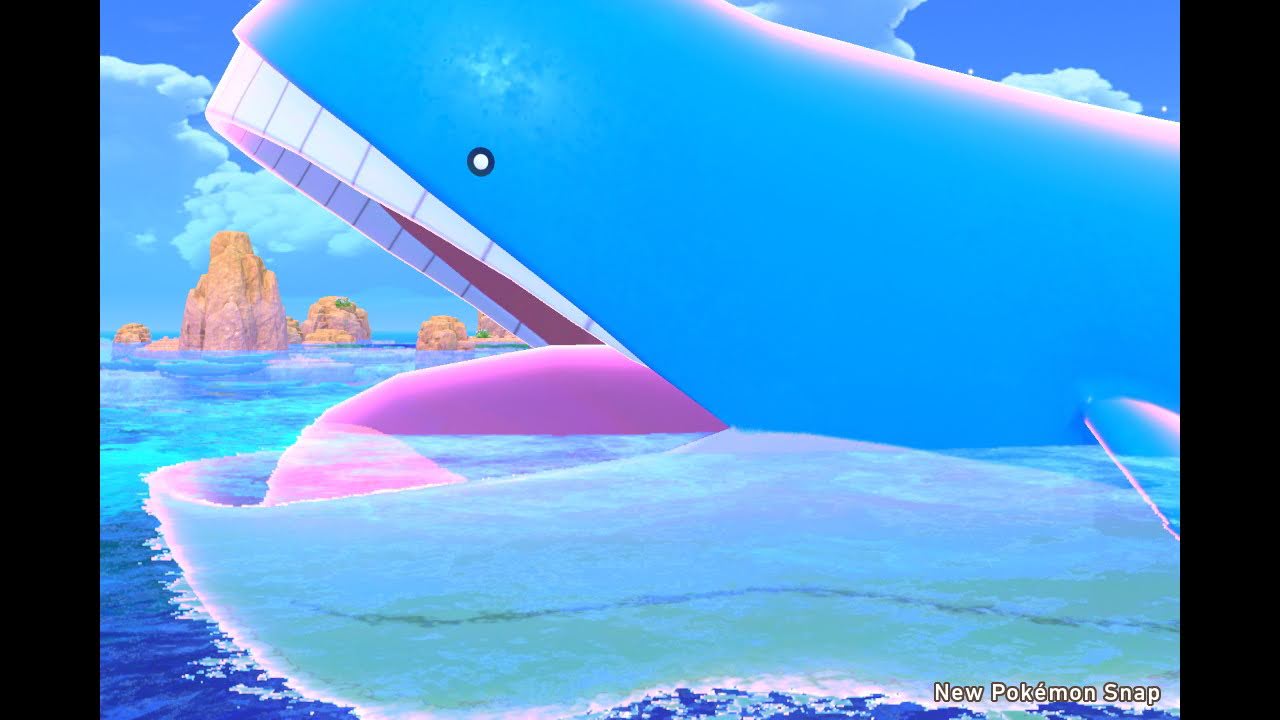 New Pokémon Snap is out now, and chock full of impressive, exciting, cute, and funny Pokémon reveals. However, one of its more impressive moments is so appropriately enormous that it slows the Pokémon down noticeably for a few moments while it tries to settle into place.I am talking here of Wailord: the biggest of all Pokémon, given appropriately huge treatment in New Pokémon Snap’s Reef level. Warning: If you don’t want to be spoiled on any of the cool Pokémon reveals in New Pokémon Snap, you probably shouldn’t watch the video below or read on.Wailord’s appearance midway through the Reef is an incredible surprise when it first happens, with the absolutely gigantic Pokémon slowly breaching the surface of the ocean and splashing water up into the player’s camera. On later versions of the level, once the player has more experience visiting the Reef, more Wailord will appear in the distance shortly after with similar splashes and reactions, enabling you to get even cooler photos.

It’s a truly wow-worthy moment, dampened somewhat by the fact that Wailord’s enormous size combined with the water effects going on as it breaches slows the Pokémon’s framerate for a few moments until he’s settled in on the surface. It’s less pronounced in the clip above, which is taken on Research Level 2 of the Reef — other appearances can appear a bit slower depending on how close you are to the Wailord when it breaches. To be clear, New Pokemon Snap largely runs just fine for the most part, and even in this particular moment everything around the Wailord still seems to be doing okay. But you can see the Wailord struggle to emerge in the moment and snap into place in a spot too, just due to the sheer size of its animation.

Have you played New Pokemon Snap?

Honestly? The fact that Wailord is so big it momentarily struggles to get out of the water is kinda cool. Yeah, in an ideal world every game would run perfectly, but there’s something weirdly harmonious about a Pokémon so large it momentarily breaks itself just a little bit.

New Pokémon Snap is full of amazing moments like these, which helped net it a positive review from us. Its treatment of legendary Pokémon is similarly impressive and surprising, but if you’re struggling to find any of them, we’ve got a pile of guides on the game ready to help you out.