Airline boss predicts the cheapest flights EVER are on their way as airlines prepare for a price war as travel ramps up – but the usual ‘rip off’ prices over Christmas soar to $1,500

The cost of flying around Australia is forecast to reach unprecedented lows after a seasonal spike over the holiday period.

She says the airlines will be bustling to keep their market share in the major domestic markets against new competitor Regional Express.

‘It will have never have been cheaper to travel in this country,’ Ms Hrdlicka said during a CAPA Centre for Aviation online event on Wednesday.

‘But I think they should expect it’s going to be super competitive because we’re all rebuilding the market [after Covid-19].’ 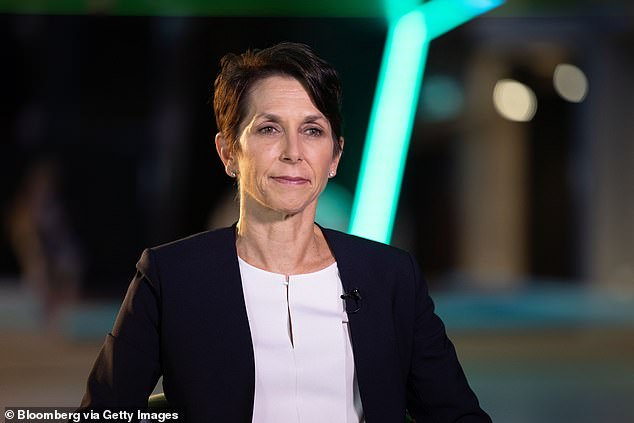 ‘Prices will be very sharp for a long time to ensure that everyone re-settles in the marketplace in the way they intend.’

After being hit hard when Covid-19 hit the domestic airline industry is booming once more along with the reopening of state borders, reports the Sydney Morning Herald.

Qantas is likely to see a return to 70 per cent of its pre-Covid capacity by Christmas, and Virgin Australia 60 per cent by January.

Previously only a regional operation, Regional Express will battle with Qantas and Virgin Australia for customers from March. 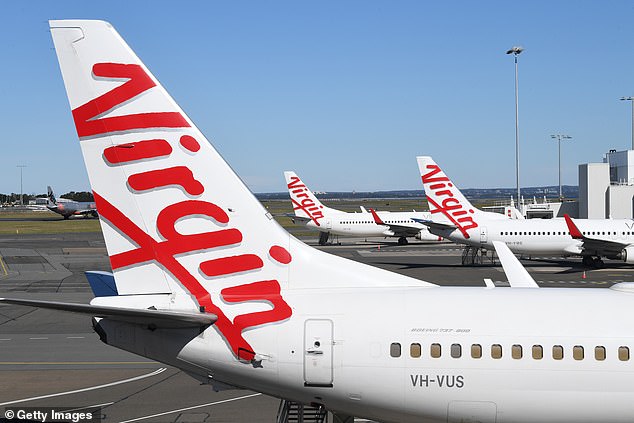 Qantas is likely to see a return to 70 per cent of its pre-COVID capacity by Christmas, and Virgin Australia 60 per cent by January (pictured: a Virgin Australia Boeing 737 sits on the tarmac at Sydney airport after wide-sweeping job cuts were announced in August)

They will be hoping to secure a solid market share of one of the most profitable air routes in the world – the ‘golden triangle’, between Sydney, Melbourne and Brisbane.

By the end of 2021 Rex will also have between eight and 10 planes in its fleet travelling this route, starting with three Boeing 737s.

But cheap flights won’t arrive until well after the Christmas period, which has seen soaring demand cause some flights to skyrocket .

Retired AFL Player Dale Thomas was stunned to discover a flight he had originally booked for $300 three weeks ago had been changed last minute.

The Collingwood player saw his one-way flight had shot up to $1,500 when he checked his boarding pass the night before the Melbourne to Perth flight. 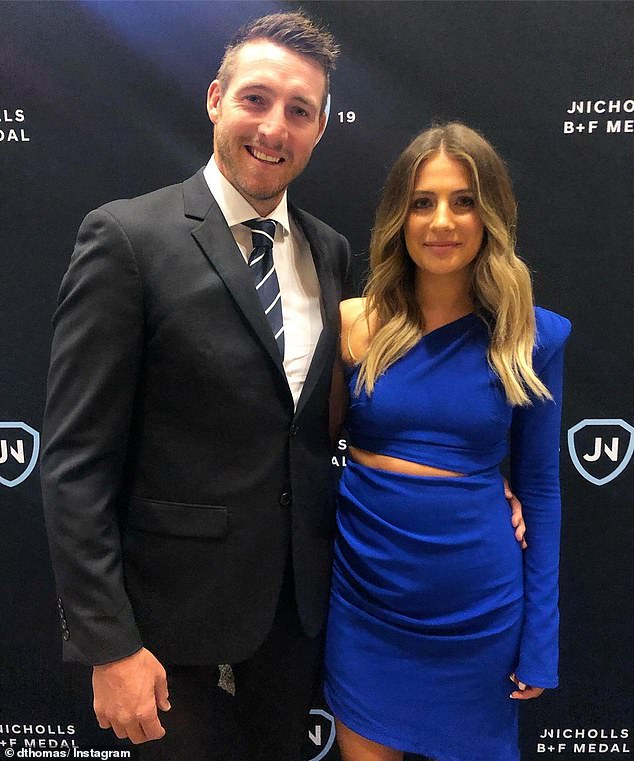 ‘Instead of going from Melbourne to Perth, which I had purchased 25 days before, I was rerouted through Sydney and then on to Perth,’ he told ABC News.

‘I think essentially they (Qantas) have oversold the tickets and rerouted anyone who has purchased a cheaper ticket.’

Qantas blamed Western Australian Premier Mark McGowan for leaving them scrambling to accommodate so many travellers on such short notice.

‘Due to the surprise opening of the Western Australian border to New South Wales and Victoria, we were caught a little short to be able to add extra flights quickly to meet the pent-up demand,’ Qantas said in a statement.

The price hike prompted a warning from consumer groups to keep a close eye for potential price gouging this holiday season.

Consumer Protection WA also urged travellers to be careful with the terms and conditions when it comes to cancellations.

She said they will be broaching complaints like Thomas’ with the Australian Competition and Consumer Commission. 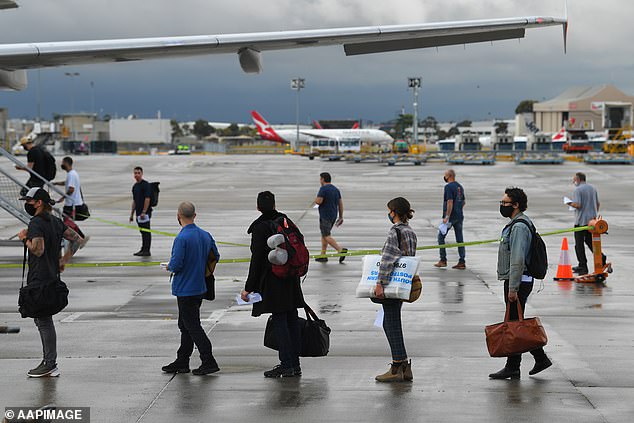 The cost of flying around Australia is forecast to reach unprecedented lows after a seasonal spike over the holiday period (pictured: passengers queue to board a flight to Sydney from Melbourne Airport on November 23 when flights recommenced between the states for the first time)

Brexit: What will happen in Northern Ireland?