Mark McGowan has accused Scott Morrison of leaving the states to fend for themselves in hotel quarantine system in an incredible partisan spray.

His comments came hours before Western Australia announced one new locally-acquired Covid case in a person who came forward for testing after visiting one of the Perth exposure sites attended by the confirmed Victorian case.

The Western Australian premier said in a press conference on Saturday as the state entered its first day of lockdown that the federal government needed to ‘step up’.

‘I’m getting to the end of my tether with the Commonwealth handing responsibility to the states and not helping,’ Mr McGowan said. 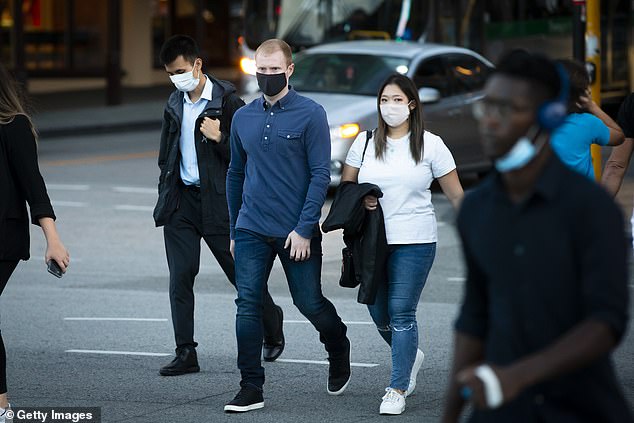 ‘I have said before and I will say it again, we pay for these hotels. The state governments, not the Commonwealth, are picking up the costs of these hotel quarantine facilities.’

Mr McGowan said CBD hotels were not ‘fit-for-purpose’ as isolation facilities and quarantine was the Commonwealth’s responsibility under the Constitution.

‘There are a number of Commonwealth facilities that would be more suitable for quarantine purposes,’ he said.

He added with coronavirus looking to remain a problem at least until the end of 2021, a strong quarantine system remained a priority.

Western Australia rearlier reported no new coronavirus cases on Saturday as two million people in the Perth and Peel regions went into a three-day lockdown.

The measure, which is to end after Monday, was sparked after a returned Australian tested positive after spending five days in Perth. 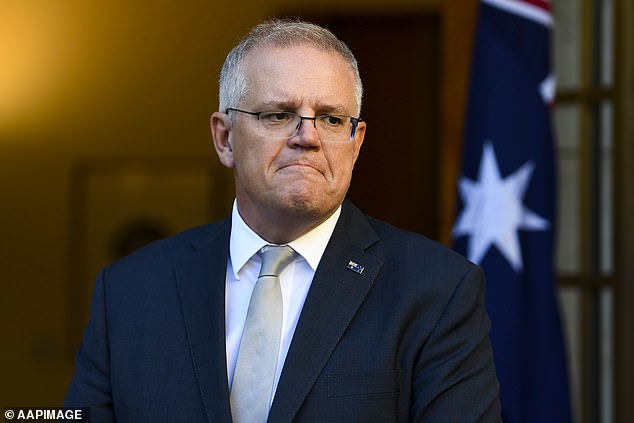 He tested negative before being released from his 14-days isolation but tested positive after flying home to Melbourne days later.

Health officials said they have identified 71 close contacts of the returned traveller who will have all been tested by Saturday night – with 27 of those already returning negative tests.

There are also 109 casual contacts of the man identified and another 157 other contacts that are pending classification.

The returned traveller tested negative throughout his quarantine period at Perth’s Mercure Hotel and then moved freely in the city for five days before going to Melbourne aboard a Qantas flight.

Some 265 fellow passengers, crew and ground staff associated with QF778 have been contacted by Victorian health authorities and told to get tested and self-isolate for two weeks.

‘We spoke to around 200 of them last night and those conversations have continued this morning, and will continue throughout today and the weekend,’ Mr Weimar told reporters on Saturday.

Of those, 49 people have already tested negative. They will still have to remain in self-isolation for 14 days. 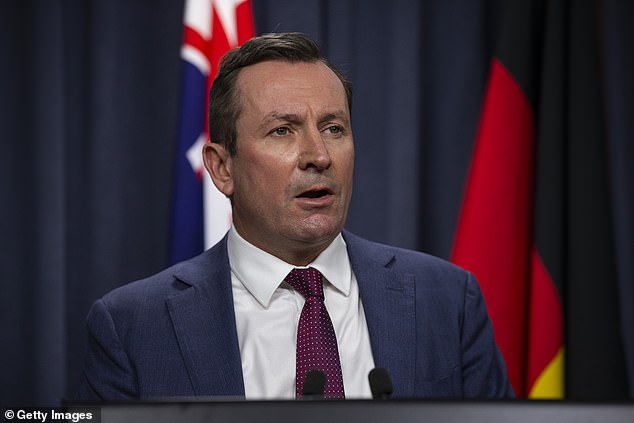 WA Police have been out enforcing the lockdown on Saturday with a $1,000 fine issued to a woman at Friday night’s rugby game who refused to wear a mask.

They also turned back 60 vehicles that tried to leave the state without valid exemption passes.

In Victoria, their permit system has allowed officials to track down and text 5442 people who have entered the state from locked-down metropolitan Perth or the Peel region over the past week.

They have been ordered to self-isolate until they return a negative result, with the districts classified ‘orange’ zones from April 17 to April 23. 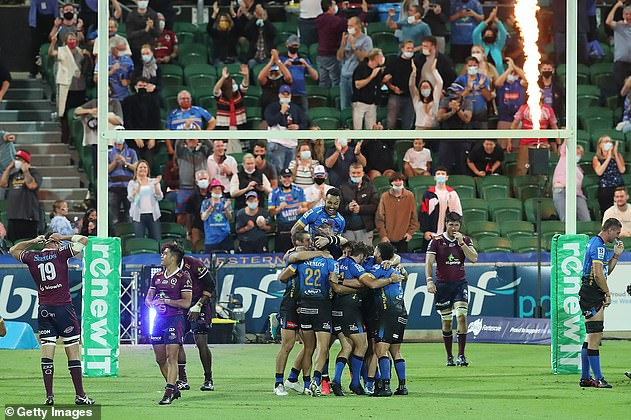 A woman at the Western Force v Queensland Reds Super Rugby game in Perth was slapped with a $1,000 fine on Friday after she argued with police about not wearing a mask

Anyone who transited through Terminal 1 at Melbourne Airport between 6.30pm and 7.30pm on Wednesday has also been instructed to get tested and isolate until they get a negative result.

His case was among two new infections reported by Victoria’s Department of Health on Saturday, following 13,000 tests.

It was officially classed as an interstate acquired case, meaning the state’s streak without any community transmission has been extended to 57 days.

The other is an overseas acquired case in hotel quarantine.

It’s agonising to see families unable to console each other, writes PAUL HICKMAN